Back to Albania 🇦🇱
Always a good choice 🙌🏻👐🏻❤️

Oh and eat at this amazing restaurant, you’ll thank me later- good and inexpensive! @hotelsplendid

We had fun in the city of Gjakova, a lovely place we have been wanting to go since forever..

The Island of Bolama, it was once the capital of Portuguese Guinea in colonial times, now Guinea Bissau.

When you land here, the time stops. Or, at least, such I realized that it stopped a long time ago. Right away I noticed the abandoned majestic building decay where nature has already started to reclaim them. Their bright colors and architectural design, give you an idea of what kind of building it was-someone’s home, a bar or bank or a hospital.
You hear the sound of birds and you think what kind of birds are these where some trees are just full of them as they fly fast in and out of them.
But when you stop and really pay attention to them, you realize that these birds aren't the birds you are used to be seeing everyday in your life. These birds are bats 🦇. And these bats live there day and night!And the locals are used to them and they don’t fear them. It was creepy.
Now, imagine spending Halloween in this island? :))

Bolama was also the administrative structure of the colonial province, with banks, bourgeois houses, hotels, hospital, church, various factories, an Olympic-sized swimming pool. You would just have to use your imagination how life was here in the 19th century.

This small island planted in the Atlantic that brought Portugal and the United Kingdom into confrontation, forcing an arbitration of the President of the United States, Ulysses S. Grant, who judged the case in favor of Portugal, that they had stayed well before the British presence. Hence, there is a statue dedicated to him.

Bolama was and is an island and above all the name of a beautiful city that cries out for a structured recovery that gives it back its dignity, and can become a famous island for many tourists to visit and perhaps even live and work there!

Bolama is a must when in G.Bissau!

I didn’t expect to celebrate my birthday in Africa-not my first in this continent, when I had turned 2 I was in Libya but I don’t remember much so it won't count, but today’s one is special, being far away from two homes, the east and west, in the middle and far away from friends and families.

The beauty of the future, we just don’t know how things will turn out.
So live the moment, be fully present and max it all out!

Earth day should be everyday for everyone. We don’t have another planet and we need to take care of this, our mother nature who knows best while giving us everything we ever need. Protect, cherish and serve her!

Heres me sending a message to it 3rd year in the row, in a few different places.

I Love You dear earth!

Music and dance. It unites us no matter where and what kind of beats.

This was during the easter celebration in Babaque island where locals do this anual tradition, camping and partying on the beach til late hours!

No matter what kind of beats you hear, or what kind of moved need to be busted, you just gotta jump in and let it go. No need for Perfecto. A chance to be wild and live free.

Do it. While the music lasts. While we are still young and mobile.
One love 🤗 ❤️ 🇬🇼🥰

The whole bowl costs less than $4!! I’d prefer with some hot sauce but definitely will go back to eat some more..

Immersing myself with the west African culture and lifestyle these past 2-3 weeks has been quite an adventure for me!

Making new friends and drinking and eating local stuff, to going fishing and learning about their challenges and struggles of being a fisherman, Tanji- the little pirate style fishing town, to buying their fish and cooking it the streets of the market right there and then, to watching q local ⚽️ derby till 1 am, to getting a a personal tour of their homes, their families and all,
and to making new Catalan friends and sharing unforgettable wise moments, are among of many many other cherish full moments to never be forgotten in Gambia!

Already I feel and know that I will come back to this place and spend more time and reconnect with these smiling souls..

Bought some balls ⚽️ for a few kids and the neighborhood.. and the experiences were ❤️🥰😁 nothing but love!

Doing a little good deed during this holy month of Ramadan.

The Grandma told me that they consume rice everyday and really appreciate this, which made me feel really good because at first I didn’t know what to get, thinking will this be enough etc..

I just hope this will be passed on and we humans help each other in need.

A very interesting day. From two different embassies, to finding an exotic place to visiting the western most point of the African continent, to drinking GrandMarnier, a definitely a fun sunny Thursday!

Happy international women’s day. Love ya and thanks for inspiring us daily..
❤️ 💐

Prishtina, my little NYC- not as diverse and wild but it has similar vibes! 😁

Year 2000 was the last time I cherished autumn in the city where I was born.

Before the winter officially arrives, here are some photos of me enjoying some parts of the city during the fall season.

I think we all have seen and heard of the almighty Popeye as kids or even as adults. Its what pushed us to eat our greens and feel strong!

This village was built in 1980 for the movie set of the actually name- Popeye the musical, starring the late Robin Williams- my favorite comedian 😢 💔

It was a very windy day and I was nervous af to fly my drone but I knew it if it’ll survive I’ll definitely get some decent good footage. Hope ya enjoy it.

This village is on a constant recuperation because it was just build for a movie set and not for actual living conditions. The actors performance was hysterical and quite enjoyable.

When in Malta- amuse yourself with some Popeye history and entertainment! ❤️

Have you ever heard of the Dead Sea?
Or wondered where is the lowest point on earth?

Well, I am here for ya :))
The Dead Sea sits 430meters (1412 feet) below sea level and has a high volume of salt that makes for a harsh environment in which plants and animals cannot flourish, hence its name.

The weather wasn't on our side for us to go further in and float peacefully, the wind made it dangerous so we had to stay knee deep.
We did play with the mud however, especially my parents were ecstatic analyzing and wondering its existence! But once we got our hands with the dirt and water, everything became so oily we couldn't touch any technology until we used clean soap water.

I know I will go again later, hopefully during Springtime where I can do more fun things.
When in the Middle East, find a way to get there. You will have a blast- have a beer, do some salt butter shopping etc :))

I made it to Ferizajjjj (nen kalimi).. the most updated city in Kosova!
Some things changed for the better some are still stuck but hopefully another update soon 🤞🏻🙏🏻

Hard work pays off! FYI- some people thought it was a pool lol

I am ecstatic to be partnering with @dua_com for my first podcast- our first podcast, and other artistic endeavors where I will be promoting and connecting our community internationally.

Dua- means Love in Albanian is place where all are welcome, whether for love, or making a new connection or just telling a lifetime story, will be few of many other subjects targeted.

I am looking forward to be entering this artistic world, a new challenge albeit being back home a place where I have left 20 years ago!

Let the work being..

Its not a goodbye but it’s a simple see you later.

Celebrating 19 springs with you, fallen in love, heartbreaks, loneliness, camaraderies, hustlings, languages, cuisines, soccer, beautiful arts are a few of many unforgettable moments I will always cherish them in my heart. Thank you!

I Thank you for being such an amazing teacher, for all the great lessons you have taught me and for the tools you have given me to face my future. I feel so fortunate to have lived with you.
You have made me a man.

I look forward to be making more great memories together soon but, until then- stay strong, stay wild and stay loving.

Be the first to know and let us send you an email when Ariot Myrtaj posts news and promotions. Your email address will not be used for any other purpose, and you can unsubscribe at any time. 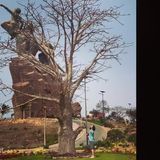 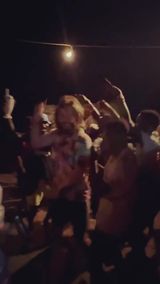 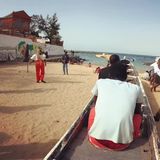 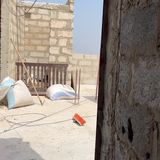 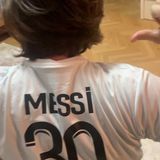 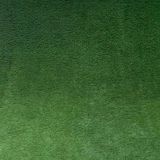 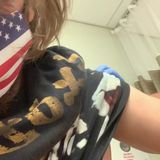 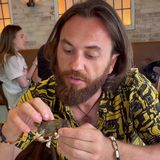 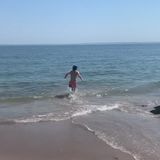 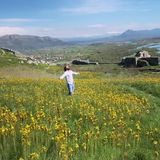 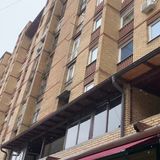 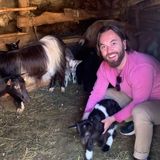 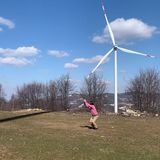