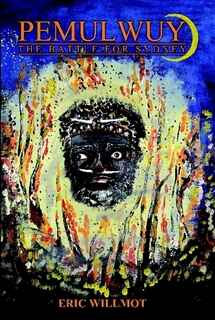 Pemulwuy: The Battle For Sydney by Eric Willmot (Hardcover) - Lulu

- “Eric Willmot, already a distinguished Australian, here takes us with authority into the vanished and fantastic planet of the Sydney tribes.”
Thomas Keneally

- “We non-Aboriginal Australians must never forget the dispossession, the ridicule, the indignity, the exclusion, the separation and the injustice we have inflicted on the first Australians”.
The Hon. Paul Keating

- “A great Aboriginal warrior by the name of Pemulwuy became a devastating resistance leader, rallying his people.”
Peter FitzSimons

Buy Pemulwuy: The Battle For Sydney by Eric Willmot (Hardcover) online at Lulu. Visit the Lulu Marketplace for product details, ratings, and reviews.

Our first book is coming soon...

Be the first to know and let us send you an email when Matilda Books posts news and promotions. Your email address will not be used for any other purpose, and you can unsubscribe at any time.

Send a message to Matilda Books: