Our goal is to share universal stories of women torn between two worlds, straddling the love and loyalty of family and being true to themselves. We’ve got our masks on! Ready for #purim !! stayed tuned for #difroyen

Magical night at the reading of Di Froyen! So many talented women on one stage!!! Thank you M Mendy Cohen for helping with translation and brainstorming. And thank you Eli Rosen for the wonderful supertitles and last but not least New Yiddish Rep for making this night happen.

Performed in Yiddish with English supertitles, this reading is an opportunity to enter our secret world.

Thank you Jordan Kutzik for the beautiful write-up

Exciting news!! Our first film "SUMMER" is now showcasing at two film festivals here in NYC! Get your tickets now and come celebrate with us! 💃
Saturday at the BIG APPLE FILM FESTIVAL https://www.bigapplefilmfestival.com/women-filmmaker-showcase
Sunday at the NEW YORK JEWISH FILM FESTIVAL
https://www.filmlinc.org/films/nyjff-2018-shorts-program/
Thanks to our friend the brilliant and amazing writer-director Pearl Gluck! It was such an incredible journey!❤️

Malky Squared Productions updated their info in the about section.

Malky Squared Productions updated their info in the about section.

Rhinoceros by Eugene Ionesco is set in a small town where people are turning, one by one, grunting and snorting, into rhinoceroses. By the end of the play only the “hero,” Berenger, a gentle but unimpressive man who drinks a bit too much, remains human. He vows that he will hold out against conformi...

Summer is a short film about two teenage girls in a Hasidic sleep-a-way camp who, despite their every effort to maintain their purity, explore a forbidden book which…

Screening of the Crescent film was amazing, super-cute and hilarious!! Here is writer and director Elly Ji Hye Han speaking before the screening.

Congratulations to our own Melissa Weisz!!!! Couldn't be prouder!! Onwards and upwards!! #36under36

When you work with your best friend :)
Photo credit Peter DeGiglio

Goldman and Melissa Weisz, two working actresses who abandoned the insular, cloistered, tight-knit Jewish community in which they were raised, to live, work and experience life in modern-day New York.

Find out a little more about us.
Check out Part 1 of our conversation with the wonderful Sandi Klein Show! http://sandikleinshow.com/podcasts/

Malky Goldman and Melissa Weisz grew up in Brooklyn’s Hasidic Satmar community – an extremely insular world that has very little to do with secular society. They knew next to nothing about theater, film, tv – all of which fall [...]

Saying hi from the recording studio of Sandi Klein Show "Sandi Klein's conversations with creative women"! Keep an eye out for a 2 parter of Malky Goldman and Melissa Weisz talking about our acting and producing and trying to be profound;)
We'll keep you updated!
Thanx Sandi for having us! What an honor!

Saying Hi between shows #godofvengeance
We'll be back with updates from our film projects as soon as this show stops extending😊!
If you miss us come see us
Tickets @ http://newyiddishrep.org 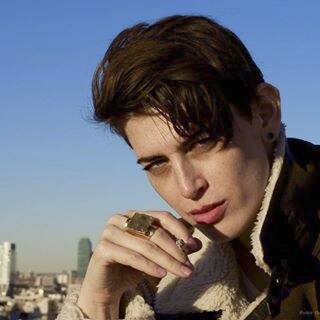 Look what Melissa Weisz has been up to!! Congrats on the show!! Get your tickets now :) Check out the Crescent film teaser!! This is the cutest thing you will see :)

Teaser from the film Crescent!

"Crescent film" coming soon! Help us spread the love so we can make this the most adorable film you'll ever see!!

A romantic comedy short film about 15 months baby boy | Crowdfunding is a democratic way to support the fundraising needs of your community. Make a contribution today!

Loong weekend, check out what we have been up to. "Crescent" film coming soon!

Casting for our latest project "Crescent". So excited to be producing the film. It is going to be amazing!

Road trip to DC to speak at the International Lion of Judah Conference. What an honor thank you Footsteps!

A short film about two girls in Hasidic summer camp who explore a forbidden book which leads them to a sensual awakening neither are prepared to encounter.

So proud of my partner in crime Melissa Weisz!!! So lucky to be working with you!!

Stanley Kubrick (1928–1999) 1. “I never learned anything at all in school and didn’t read a book for pleasure until I was 19 years old.” 2. “How could we possibly appreciate the Mona Lisa if Leonardo had written at the bottom of the canvas: ‘The lady is smiling because she is hiding a secret from he...

Behind-the-scenes photos from our film set Summer currently in post-production. All thanks to our brilliant writer and director Pearl Gluck, and our wonderful cast and crew!

Be the first to know and let us send you an email when Malky Squared Productions posts news and promotions. Your email address will not be used for any other purpose, and you can unsubscribe at any time.

A huge congratulations to Melissa Weisz for being named one of The Jewish Week's 36 Under 36. Melissa has shown her artistic merit for years through her on-screen and theatrical roles including the Yiddish language film version of "Romeo & Juliet" and this past year's off-Broadway sensation "God of Vengeance". We are eager to see where she goes from here with the independent film production company Malky Squared Productions.
WELCOME to the SUMMER short film page! SUMMER is a short film I wrote and directed, filmed with the impeccable eye of Lauretta Prevost, co-produced with Malky Squared Productions, and featuring the generous and brave Juliet Brett, Emmy Ann Tanzy, and Thea McCartan. The film explores what happens when two girls in summer camp get their hands on the forbidden book, "Our Bodies, Ourselves" and begin to explore their sensuality. The cast also includes the talented Hannah Roze, Audrey Lang, Chloë Bowie, Paris Adkins, Casey Whyland, and Lulu Guerrero, with guest appearances by Luzer Twersky, Malky Li****tz, Melissa Weisz, Shoshana Hadassah, and Camp Shane's Dan Anderson. Special thanks to our executive producer, Matt Isi Geller, and David Ettenberg for generously allowing us to shoot our film at New York's Camp Shane! Thanks also to Liberty High School for all of your help, including set design and cast! Our fantastic crew is a mix of professionals and my dedicated former and present Penn State College of Communications students, namely Andrew Salomone, Amanda Bercze, JB Bruno, Melissa Weisz, Malky Li****tz, Brandon Tate Scotland, Jon Barden, Dustin Moser, Michael Boulter, Kim Farwell, Matthew DePanfilis, Joe Clemente, Adam Hart, Hai Nguyen, Allan Isaac, and Luzer Twersky. Here we will post updates, behind-the-scenes photos, clips, and invitations to events through this page.