Via Ron Dwyer at @Setting The Record Straight Michigan. "We met this gentleman at the Lock Down Protest April 30, 2020. What he had to say is worth revisiting."

Well we be damned, Facebook considers Damn profanity all of a sudden and we have to change our name.

Crisis and Leviathan: Critical Episodes in the Growth of American Government

Crisis and Leviathan: Critical Episodes in the Growth of American Government
By Robert Higgs

Discussing how government has continually grown in size and scope during the past century, this account demonstrates that the main reason lies in government’s responses to national “crises” (real or imagined), including economic upheavals and, especially, war. The result, this book argues, is ...

"Higgs’s virtuosity as an economic historian stems from clear and careful analytical thinking combined with an understanding of what the state is and what the state is not. He is not a romantic about war and the state, to put it lightly, and he has never shied away from calling a government...

As we know from the 2003 invasion of Iraq, propaganda is often a prelude to war - and the propaganda around Iran's nuclear program has persistently continued throughout the Bush, Obama, Trump, and now the Biden administration as they build up a case for war.

But Iran is not building nuclear weapons.

The 2007 & 2011 National Intelligence Estimate, a compilation of data evaluated by 17 US intelligence agencies, concluded that Iran halted its nuclear weapons program in the fall of 2003.

In 2017, Iran's Deputy Foreign Minister said Iran remains committed to global nuclear disarmament, which he said was a "legal, political and moral responsibility."

In December 2020, Iran's envoy said Iran strongly believes that "stopping all explosive tests of nuclear weapons and other nuclear explosions, as well as ending the quantitative development and qualitative improvement of these weapons, is the first necessary step towards nuclear disarmament."

On January 1st, the BBC reported that Iran intends to start enriching uranium to 20% purity, which "remains short of the 90% required to make a nuclear bomb." Under the 2015 agreement, Iran was supposed to keep enrichment below 4%, but Trump scrapped the deal & imposed sanctions.

Iran has repeatedly stated that it is willing to re-enter the nuclear deal, but not until these crippling sanctions are lifted.

It's also important to note that while Obama implemented the 2015 Iran deal, he also spent his first term imposing brutal economic sanctions against Iran, assassinating Iranian scientists, flying drones into Iranian airspace, and launching cyber attacks against Iran - an act of war by the Pentagon's definition.

Iran has called for the creation of "nuclear weapons free zones" in the Middle East on multiple occasions - 2006, 2008, and 2015, to name a few instances.

Iran was also one of the original 62 signatories to the nuclear Non-Proliferation Treaty.

The focus on Iran's nuclear program overshadows any focus on Israel's nuclear weapons program, which remains incredibly secretive. Most estimates suggest Israel has more/less than 100 nukes.

Unlike Iran, Israel is NOT a signatory to the Non-Proliferation Treaty.

The US & Israel have been fearmongering about Iran being days, weeks, months, or years away from producing nuclear weapons for decades.

One prominent example of this is in 1995, when Israeli parliamentarian Benjamin Netanyahu told colleagues that Iran is 3 to 5 years from being able to produce a nuclear weapon - and that the threat had to be "uprooted by an international front" headed by the US.

Iran has a nuclear program, not a nuclear weapons program, yet the distinction between the two often gets lost in the media's desperation to rattle sabers.

The Complete Idiot's Guide to Iran & The Bomb, or: How I Learned To Stop Worrying And Love The Facts

Imminent Iran nuclear threat? A timeline of warnings since 1979 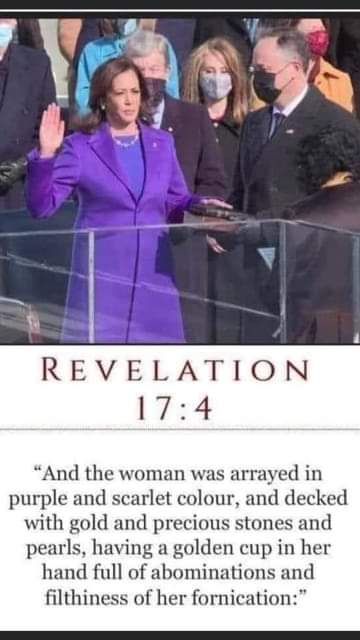 The following content includes the timeline of known events leading up to how Erik Arshaki Gasparyan, an Armenian soldier who fought in the Artsakh war, was captured during the ceasefire and later unjustly killed by Azerbaijan forces. This gruesome killing of an Armenian soldier is considered a war.... 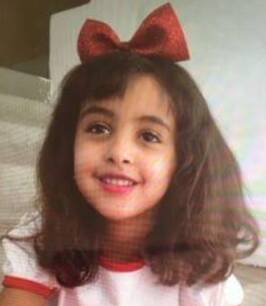 The end of this month marks the four-year anniversary of Trump's 2017 commando raid in Yemen, which resulted in 8-year-old Nora al-Awlaki getting shot in the neck & bleeding out for two hours.

"She was hit with a bullet in her neck and suffered for two hours," her grandfather, Nasser al-Awlaki, told Reuters. "Why kill children? This is the new administration - it's very sad, a big crime."

Nasser al-Awlaki penned an op-ed for the NY Times in 2013 on the murder of his son and grandson, writing:

"Abdulrahman was born in Denver. He lived in America until he was 7, then came to live with me in Yemen. He was a typical teenager — he watched 'The Simpsons,' listened to Snoop Dogg, read 'Harry Potter' and had a page with many friends. He had a mop of curly hair, glasses like me and a wide, goofy smile.

In 2010, the Obama administration put Abdulrahman’s father, my son Anwar, on C.I.A. and Pentagon 'kill lists' of suspected terrorists targeted for death. A drone took his life on Sept. 30, 2011.

The government repeatedly made accusations of terrorism against Anwar — who was also an American citizen — but never charged him with a crime. No court ever reviewed the government’s claims nor was any evidence of criminal wrongdoing ever presented to a court. He did not deserve to be deprived of his constitutional rights as an American citizen and killed.

Early one morning in September 2011, Abdulrahman set out from our home in Sana by himself. He went to look for his father, whom he hadn’t seen for years. He left a note for his mother explaining that he missed his father and wanted to find him, and asking her to forgive him for leaving without permission.

A couple of days after Abdulrahman left, we were relieved to receive word that he was safe and with cousins in southern Yemen, where our family is from. Days later, his father was targeted and killed by American drones in a northern province, hundreds of miles away. After Anwar died, Abdulrahman called us and said he was going to return home.

That was the last time I heard his voice. He was killed just two weeks after his father."

Read the op-ed from her grandfather:

Podcast: Empire Has No Clothes: Can Joe Biden End the War in Yemen? | The American Conservative

Podcast: Empire Has No Clothes: Can Joe Biden End the War in Yemen? | The American Conservative

The Biden administration has taken two small steps toward ending the horrific US-backed mass atrocities in Yemen, with temporary holds placed on both a murderous sanctions measure and on arms deals with Saudi Arabia and the UAE pending review. Both items being reviewed are unconscionable decisions m...

23. Scott Horton - The United States Empire - Genocide in Yemen and Beyond

23. Scott Horton - The United States Empire - Genocide in Yemen and Beyond

Within hours of calling out Azerbaijani war criminal - Ambassador Elin Suleymanov - his army of hate-bots launched yet another wave of racist, homophobic, misogynistic attacks on the ANCA.

Pictured: One of the toxic/racist messages we received this morning.

A Wave of Abusive Federal Prosecutions is Coming

The violent protest at the US Capitol on January 6 has long been over, but the upcoming Biden administration’s response to it is likely to do greater violence to the US Constitution and the rule of law than anything the worst of the protesters could have accomplished.

Whence Power Flows: Corporate-Funded Think Tanks Another election. Another political transition. Another opportunity for the US to change course... 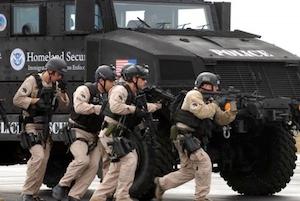 Would You Be Considered A Domestic Terrorist Under This New Bill?

Would You Be Considered a Domestic Terrorist Under This New Bill?

After 9/11, the entire country collectively lost its mind in the throes of fear. During that time, all civil and Constitutional rights were shredded...

Fauci: Getting Vaccinated Is 'Not A Free Pass' To Travel

Fauci: Getting Vaccinated Is 'Not A Free Pass' To Travel

Be the first to know and let us send you an email when The Bleeping Straight Truth posts news and promotions. Your email address will not be used for any other purpose, and you can unsubscribe at any time.

What are you doing in my country?