Our specialty is film production for theatrical releases, with a particular focus on independent films. Since our founding in 2007, we have produced a broad spectrum of film projects, including feature films, short films, experimental films and documentaries. In addition to theatrical release, several of our films have been screened at international film festivals.

Shooting ARTSANITY was a magical experience. New York City was empty and it felt like we had our private studio, just for us and this film. Incredibly grateful to my crew and actors @jimstagram666 @arselajdaburaku for allowing this unforgettable experience to happen. Can't wait to share this film soon with you all.

A year ago on this day we finished shooting our short film Artsanity, and today the film is complete and it is in the film festivals submission process.

Yesterday Vija Vetra celebrated her 98th birthday.
Vija Vetra's life was an inspiration for my first documentary "The World of Vija Vetra" made in 2007.
You can watch the newly remastered version here: https://vijavetra.vhx.tv

An artist Joseph Cornell immerses himself in the music of Debussy as he makes his art, watching his creation slowly come alive. At the same time, a dream is visiting Cornell, influencing his thoughts and decisions, and guiding him on how to complete his artwork. The experience leaves the viewer uncertain and unnerved about where the real world begins and ends. It's almost as if there is a parallel universe mirroring our life on Earth and it is the dream that spans over like a bridge connecting those universes.

The moment I dreamt this scene many years ago, I felt that this film existed somewhere in future and I had a strong urge to put it together. This feature film question our relationship with technology, and possible entities that can use and feed our addiction in order to manipulate our future. Film is in post production.
Scene with Madeleine Assas
Director @aleksandarkostic_
Production design @_marijapkdesign
Production coordinator Lolo Ostia
Gaffer James Griffiths
Produced by @kosticfilms

The moment I dreamt this scene many years ago, I felt that this film existed somewhere in future… https://t.co/or7pX0xgxH

Amazing year long journey between first and last take of my first feature film Capio. Kudos to wonderful and inspiring cast and crew. Now onward to post-production. Thank you ALL for your continuing support! Stay tuned!

Today we live in absurdity and as an artist my duty is to touch upon the challenges that surround us on Earth. CAPIO is a science fiction feature film (near future) and it talks about different issues focusing on development of Artificial Intelligence, our unconditional love of technology, lost of privacy and freedom.

Our film production will continue in NYC in October. If you would like to help us out please donate here: http://capiomovie.com/investors/

Thank you for your support!
Aleksandar Kostic

Hello everyone!I'd love to invite you to the NYC premier of oPARALLEL DREAMS  at QUEENS WORLD FILM FESTIVAL, NYC.PARALLEL DREAMS will be screened on March 16th, at 6:15PM in REDSTONE THEATRE AT MUSEUM OF THE MOVING IMAGE, use code QWFF7 For updates join our Facebook event page.I hope to see you  at…

Be the first to know and let us send you an email when Kostic Films LLC posts news and promotions. Your email address will not be used for any other purpose, and you can unsubscribe at any time. 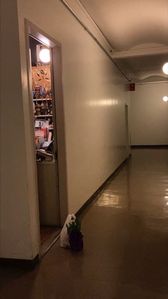 Kostic Films, LLC is a story driven New York City-based film production company founded by independent filmmaker Aleksandar Kostic. Our specialty is film production for theatrical releases, with a particular focus on independent films. Since our founding in 2007, we have produced a broad spectrum of film projects, including feature films,short films, experimental films and documentaries. In addition to the theatrical releases, several of our films have been screened at international film festivals. MISSION : Our mission is to create films that will leave lasting impression, a visual journey, with a goal to inspire you and engage your mind, soul and thoughts about human experience.