To start the New Year I would like to share the mood board, and materials for my short film L’Appel Du Vide that I sent into the DISNEY PLUS LAUNCHPAD SHORTS INCUBATOR program in June 2019, since I cannot make the film anymore. I submitted the script and materials along with my story, but I wasn’t accepted into the program, and wish all the best to those who were, and hope their voices are truly heard.

My short film is the accumulation of years of hard work, learning, and development done entirely independently and without any support, mentorship, or guidance in any form over my life in my attempt to share my unique voice. Even though I am disappointed by not being able to now produce this short film, I have even greater stories that I’m preparing to film, and will never let not being accepted to a program or any company make me feel like my voice isn’t unique or important to share. I know it is, as are so many countless others.

Storefront on Amazon Prime for past and future EWFilm films. https://www.amazon.com/v/ewfilm

A great article that all actors should read about the remote casting process.

The creator of new film “Why I Vote” shares how a meaningful connection can get actors cast.

EWFilm updated their information in their About section.

EWFilm updated their information in their About section.

Emma drifts between fantasy and reality as she finds herself lost in the world, being alienated from both her friends and family with a life of loss, heartbreak, and tragedy, she fights to escape from a nightmare to reach her dreams of love and happiness in a place that is far, far away...

Alba has one last chance to reach an audition that could change her life forever. She must race through the city, fighting through the mistakes of her past in order to reach her dreams of becoming an actress.

The most difficult cut from the film NEVERLAND. These deleted scenes are some of many from the over 2hr assembly cut.
https://www.youtube.com/watch?v=wSVQBDXb0ZI&feature=youtu.be

Emma drifts between reality and fantasy as she fights to survive the pain of the life she cannot escape from, while relentlessly struggling to have the life ...

The Runner of Pamplona - Deleted Scene

The sole deleted scene from THE RUNNER OF PAMPLONA. Starring Isa Feliu and Brian Gaudet. Enjoy...https://www.youtube.com/watch?v=KVFRnsrJFvU&t=21s

One Day...One Audition...One Last Chance...After a series of mistakes that kept Alba (ISA FELIU) from her dream of becoming an actress, she now has one last ...

Who needs theaters when the best movies can be seen at home on Amazon Prime https://www.amazon.com/gp/video/detail/0L8JP6YLUQ4BZSTDWHT971RX15/ref=share_ios_movie

David Hayes, dealing with a tragic loss, moves with his wife Lucy to help them be a family once again and let go of the past. They soon find that the pain of the past cannot be so easily forgotten as darkness can rise from anyone, anywhere, or anything.

Watch and support NEVERLAND at the Lower East Side Festival for the Arts here:

F.Murray Abraham (Amadeus, Inside Llewyn Davis, Homeland) and some of the other amazing talent streaming from the LES Festival of the Arts where NEVERLAND will also be showing (streaming).

Watch INSIDE EDITION's exclusive interview with MR.FERRARII "Cab driver to the stars" and Tom Hanks, and who just happens to be a featured character in the EWFilm's NEVERLAND.

Mr. Ferrarii, who’s real name is Manny Anzalota, became somewhat of a local celebrity after giving a ride to America’s dad, none other than Tom Hanks.

Lower East Side Festival of the Arts

NEVERLAND will be showing at this amazing LES festival of the arts May 22nd-25th where even the Coronavirus cannot stop art.

2nd festival Laurel...NEVERLAND will be showing at the LES online Film Festival, May 22nd-May 25th, 2020!

NEVERLAND will be featured in the 2020 (LES) LOWER EAST SIDE FESTIVAL FOR THE ARTS Film Festival from May 22nd to May 24th and will be an Online Festival due to Covid-19. More info to come soon...

With the working title “Hotel Dunsmuir,” the movie – which Hall and Gardner describe as a supernatural, Hitchcockian evocative thriller

CASTING CALL This should be coming up on Actors Access soon as well as other casting sites. I'm producing the film, DO NOT contact my FB about it. Submit to [email protected] .

Breakdown: PROJECT JUNIPER
Breakdown Type: Non-Union Feature Film
Union Status: NON-UNION
Rate of Pay / Contract:
Travel, Food, Stay Accommodations.
SUBMIT ELECTRONICALLY
SUBMISSION INSTRUCTIONS:
Submission Deadline: 01/08/2020
Actors chosen will be asked to submit 1 or possibly 2 self-taped auditions.
This project contains nudity
For further details please contact the Casting Director.
Executive Producer: Michael Hall, Robb Gardner
Producer: Erik Wegner
Director: Michael Hall
Casting Director: Erik Wegner
Start Date(s): 03/01/2020
Audition Date(s): 01/08/2020
Shoot Location: Dunsmuir, CA
SPECIAL NOTE:
Applicants must be free and willing to travel to set location in Dunsmuir, CA for the month of March to be considered.
Please specify any pay requirements when submitting.
There may be non-explicit partial nudity in the film for the two leads, Billie and Luke.
Additional Project Info:
"Project Juniper" is the second feature from Writer/Director Michael Hall.
"Project Juniper" is a low budget indie film from filmmakers with over 15yrs industry experience.
"Project Juniper" is a road movie crossed with a supernatural shocker. Scenes will be either authentic, modern, character-based moments, or frightening set pieces. The film will alternate between these gears as the horror escalates.
Number of Filming Days for Each Character are as followed:
BILLIE: 19 days (est)
RUBY: 18 days (est)
LUKE: 9 days (est)
MADELINE: 4 days (est)
HANK: 3 days (est)
Roles:
[BILLIE]
20 to 30 years old. A young and naive girl, with a hidden uniqueness and strength. A young woman who is special and has lived in a toxic environment with an abusive boyfriend. She doesn't realize how special she is having been suppressed by the people in her life. Beginning with her awakening, she slowly discovers who she really is, what she is capable of, though she fights against it believing that it is not a gift, but a curse.
[RUBY]
25 to 35 years old, all ethnicities female. RUBY has felt like a prisoner her entire life, with a job and town she can't escape from. With it being the only life she has ever known, she accepts her fate...until she meets a traveler, like her, which helps her to realize that she can find a way out, she can have a new life.
[LUKE]
30 to 40 years old. LUKE is a small town guy, who's life has no meaning or purpose. He lives in a trailer, he is poor, and he is uneducated. His insecurities and lack of control over his own life only makes his control over his girlfriend, BILLIE even more abusive and dangerous. As she awakens to realize that she is more than what he has made her believe herself to be, his grip tightens on her and his drive to control spirals him into a deeper, darker place.
[MADELINE]
50 to 70 years old. MADELINE, BILLIE's grandmother and only family. MADELINE has a deep connection to her spirituality, as well as a strong connection with BILLIE that goes beyond the world we know. MADELINE helps to save BILLIE from those that wish to hurt and use her by helping BILLIE to find herself and her inner strength.
[HANK]
30 to 40 years old, Caucasian male. A loyal friend to LUKE, HANK is determined to protect his friend at any cost. He doesn't trust LUKE's girlfriend, and is partially jealous of LUKE for having such a unique girl as BILLIE, though HANK won't admit it to his friend LUKE that his anger towards her isn't in protecting his friend, it's something deeper.
Storyline:
A young woman, BILLIE, with Extra Sensory Perception flees an abusive husband, LUKE, only to land at an historic haunted hotel containing an even more sinister presence to contend with.

Scene from NEVERLAND - YOU NEED TO WAKE UP

A special look at an uncut raw complete steadicam shot from NEVERLAND.

Entrance is free. Be there early since showtimes might vary depending on the schedule. Congrats to Director Steve Rahaman, Composer Kyle McCuiston, Isa Feliu, Daniel O'Shea, Frank Merlino, Chris Victor, Cathy Rocher, Lauren Toglia, and the rest of the cast and crew.

2 WEEKS until NEVERLAND hits theaters in NYC. April 17th at 9:30pm at Anthology Screen Archives. Tickets at door are only $7.00!

NEVERLAND is an official feature selection of the NEW FILMMAKERS - New York 2019 Film Festival. Showing on April 17th at 9:30pm at Anthology Film Archives in NYC.

Journey through the DARKNESS to find the LIGHT....

A NEW NEVERLAND Teaser Featuring Mr.Ferrarii Cabbie to the stars, Tom Hanks, and Featured on #Todayshow!

Official Trailer for the upcoming film NEVERLAND. © All Rights...

The Offical Neverland Trailer is HERE!

Be the first to know and let us send you an email when EWFilm posts news and promotions. Your email address will not be used for any other purpose, and you can unsubscribe at any time.

Send a message to EWFilm:

Official Trailer for the upcoming film NEVERLAND. © All Rights... 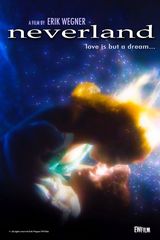 THE RUNNER OF PAMPLONA Teaser Trailer © All Rights Reserved ...

Erik Wegner's official page. For updates on my productions, as well as projects I'm working on or acting in.