We are a collective of filmmakers, documentarians & commercial storytellers who develop and produce

The Eye's Gallery is a pillar of South Street. Watch this great video from Philadelphia Inquirer and here’s how you can help: https://www.gofundme.com/f/help-the-eyes-gallery-recover

Jeremiah Zagar's Hustle is #1 for two weeks straight. Thanks for watching!

In April of 2020 we got a call out of the blue from Adam Sandler. He had this script about a basketball scout and was looking for a director. Two years later, after sixty days of shooting with a world class cast and crew, the fruit of that initial conversation is HUSTLE—and it’s live now on Netflix. We hope you enjoy it!

Catch , directed by Jeremiah Zagar, on the BIG screen. The film is out TONIGHT in hundreds of theaters across the country. And then watch it again on Netflix June 8th!

HUSTLE, directed by Jeremiah Zagar, in SELECT THEATERS (see it on the BIG screen) and on NETFLIX (watch it again) in June.

After discovering a once-in-a-lifetime player with a rocky past abroad, a down on his luck basketball scout (Adam Sandler) takes it upon himself to bring the...

Zoé is a phenomenal director. We're so excited to have her on the roster.

Trailer for Adam Sandler's 'Hustle' is packed with Philly things; take our quiz to see how many you know

Pop quiz! Can you name all the Philadelphia, Pennsylvania locations in the new Jeremiah Zagar Adam Sandler teaser trailer? https://www.phillyvoice.com/hustle-trailer-adam-sandler-philadelphia-netflix-movie-quiz/

Teaser trailer for HUSTLE, directed by our own JEREMIAH ZAGAR, premieres on Netflix June 8 🏀

Jeremiah Zagar at Talkhouse on what drew him to , our new series for The Roku Channel on the truth about addiction and the war on drugs.

Jeremiah Zagar on the very personal reason he was motivated to make The Fix, his new Roku docuseries on the truth about drug addiction.

Our new spot for The Farmer's Dog is up at Adweek. Nathan Caswell directed. And our hero dog Red leads a cast of very good boys and girls.

The new campaign for The Farmer's Dog says to stop stressing about resolutions and be more like your pup.

In honor of Tom Brady's retirement (?), here's a TAG Heuer commercial we made with him back in 2017. Tom wasn't feeling well, but he was super professional, and when director Nathan Caswell asked him to throw to a very specific mark in order to capture the spiral in a slow motion close-up, Brady nailed it every time.

Our new series "The Fix" is out now, FREE on The Roku Channel, no subscription required!

​​When we first heard Johann Hari’s viral TED Talk, we were moved to tears and inspired to act. The series was an incredible passion project for the whole Public Record extended family and we’re thrilled to share it with the world. Huge thanks to the whole team in front of & behind the camera, and to our narrator, the great Samuel L. Jackson.

Exposing the history of the war on drugs in the U.S. and examining its worldwide impact.

The eight-part limited series ‘The Fix’ is narrated by Samuel L. Jackson.

Everything we think we know about addiction is wrong. Our latest project was an epic team effort by the whole Public Record family and we're proud to announce "The Fix" will be out next Friday! Narrated by Samuel L. Jackson and adapted from Johann Hari’s best selling book Chasing The Scream: The First and Last Days of the War on Drugs, premieres on The Roku Channel on January 21. We hope you enjoy the trailer!

Based on 'Chasing the Scream: The First and Last Days of the War on Drugs’ by Johann Hari and narrated by Samuel L. Jackson, docu-series The Fix debunks comm...

Arculus "Your Keys, Your Crypto"

A little something we're working on.

HBO is poised to explore the death penalty in its latest limited series. The premium cable network has landed the rights to adapt author Alex Marzano-Lesnevich's acclaimed memoir The Fact of a Body. The drama, which is in development and envisioned as a limited series, revolves around a young lawyer...

Norman Teague on rewriting design history and designing to ‘chill’

In a new short film by Brazilian film director Hugo Faraco for R & Company, American designer Norman Teague discusses his work and influences, on the occasion of the exhibition ‘From Lawn Road to South Chicago: Progressive Plywood in Times of Change’

Our own Hugo Faraco directed this great new piece for R & Company, which celebrates their latest exhibition "From Lawn Road to South Chicago" featuring the magnificent work of Norman Teague.

...and with our own Jeremiah Zagar directing! What!?

Netflix and Adam Sandler have found their next film. Sources tell Variety that Sandler will star in “Hustle” from “We the Animals” director Jeremiah Zagar. Taylor Materne an…

Thanks for all the shares and kind words about IN A DREAM. We're going to continue to keep it free on Vimeo at least through April.

IN A DREAM is the debut feature from Jeremiah Zagar. The film premiered at the 2008 SXSW Film Festival, theatrically in April of 2009, was broadcast on HBO later…

An update: We've made Jeremiah Zagar's debut film IN A DREAM available for FREE on Vimeo.

And while our office is closed, and some shoots have been cancelled or postponed, our full staff and extended team are—remotely and safely—continuing to develop and make new work that we're very excited about. Stay tuned. And if you can, stay inside.

IN A DREAM is the debut feature from Jeremiah Zagar, co-founder of Public Record. The film premiered at the 2008 SXSW Film Festival, theatrically in April of 2009,…

Jeremiah Zagar is amped to be a judge at this year’s AICP Awards. And if you want to enter, head to https://aicpawards.awardcore.com and submit before Feb 18th.

Denitia - Touch of the Sky

Watch this *beautiful* new music video "Touch of the Sky" for Denitia. Directed by our own Hugo Faraco.

The wide-open skies and the vast ocean were key inspirations for this short film. It's a homage to the Rockaways, the beach in New York where Denitia found…

W|ALLS: Defend, Divide, and the Divine | Annenberg Space for Photography

“W|alls: Defend, Divide, and the Divine” opened this weekend at The Annenberg Space for Photography in LA. We—with directors and Julian King—were honored to have the opportunity to make the accompanying film and in the process, work with some of the most incredible photographers and artists in the world. Jose Parla Studio Moises Saman Carol Guzy Swoon Studio Tanya Aguiniga Ami Vitale

Complex, challenging, and immersive, W|ALLS: Defend, Divide, and the Divine is a historical look at civilization’s relationship with barriers, both real and imagined. For centuries, across diverse civilizations, walls have been central to human history. This exhibit explores the various aspects of... 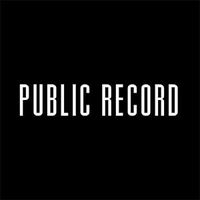 Nathan Caswell's "Equal: A Fight for Fair Pay" for Wealthsimple took home some metal at http://bit.ly/2HyqsgI 🏆

We the Animals | Netflix

Good news for your weekend: Jeremiah Zagar's We The Animals is now on Netflix. Spread the word!

Jeremiah Zagar's We The Animals has 5 Independent Spirit Award Nominations and is $0.99 on iTunes for a limited time. Watch it now! http://apple.co/WeTheAnimals_

is 99¢ on iTunes for a limited time. Watch it now! apple.co/WeTheAnimals_

"NFL Cheerleaders find themselves embroiled in controversy and constant media coverage after they pose for Pl***oy magazine in 1978." Galen Summer's award-winning documentary premieres Monday, 1/14 at 10pm EST on Lifetime. Don't miss it!

NFL Cheerleaders find themselves embroiled in controversy and constant media coverage after they pose for Pl***oy magazine in 1978. A Lifetime Films/A+E Indie F...

The Best Cinematography of 2018

Hats off to Zak Mulligan and the camera and lighting team for We The Animals and a special shout out to RCO, TCS and Kodak Motion Picture Film.

From the bold color of love in “If Beale Street Could Talk” to the immersive imagery of “Roma,” a look back at the year in cinematography.

'We the Animals' Director Jeremiah Zagar Signs With WME (Exclusive)

With 5 nominations, Jeremiah Zagar’s We The Animals is back in theaters today in LA.

Nice feature today on Galen Summer’s in The Wrap. Some big news hidden at the end of the article for those interested in seeing the film :-)

Galen Summer's documentary looks at the San Diego Chargettes, the Chicago Honey Bears, and other women held to a double standard

In 1978, several NFL cheerleaders posed in Pl***oy magazine after receiving approval from team management. But when the issue hit newsstands, cheerleaders were fired, the squad was disbanded, and the story made headlines around the country. Running Time: 40 minutes

‎We the Animals on iTunes

Earning *5* Film Independent nominations (the most of any film), Jeremiah Zagar’s critically-acclaimed We The Animals is available to watch now.

‎Watch trailers, read customer and critic reviews, and buy We the Animals directed by Jeremiah Zagar for $14.99.

Be the first to know and let us send you an email when Public Record posts news and promotions. Your email address will not be used for any other purpose, and you can unsubscribe at any time.

Send a message to Public Record:

In April of 2020 we got a call out of the blue from Adam Sandler. He had this script about a basketball scout and was looking for a director. Two years later, after sixty days of shooting with a world class cast and crew, the fruit of that initial conversation is HUSTLE—and it’s live now on Netflix. We hope you enjoy it!

Catch #HUSTLE, directed by Jeremiah Zagar, on the BIG screen. The film is out TONIGHT in hundreds of theaters across the country. And then watch it again on Netflix June 8th!

Teaser trailer for HUSTLE, directed by our own JEREMIAH ZAGAR, premieres on Netflix June 8 🏀

Watch the trailer for Galen Summer's #Sidelined, nominated for 'Best Short' at next month’s International Documentary Association Awards. Catch the film this Friday @ DOC NYC (Q&A w/ Director) and this Sunday @ AFI FEST presented by Audi (Q&A w/ Director and Subjects). Hope to see you there! 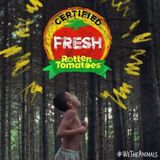 The critics have spoken! We The Animals is Certified Fresh and expanding this Friday to Boston, Philly, San Fran & Berkeley, Toronto, the UES in NYC and two more theaters in LA!

Our new film We The Animals, directed by Jeremiah Zagar, is a Critic's Pick and an "uncut GEM of a movie" per The NY Times. It's officially out in select theaters TODAY and the film will expand to other cities through the rest of August & September. Showtimes and tickets @ https://www.wetheanimals.film/tickets/

We The Animals is in theaters in TWO WEEKS! Photo via Out Magazine. #RaulCastillo #IsaiahKristian

Today's is part of Honey Maid's "This is Wholseome" campaign.

The ads are meant to highlight the special wholesome connection in every families. Check "Little Brother" out for yourself beow!

What will life be like in 200 years? 🤔
Today's article is a reminder that while our time here may be finite, our legacies can last for generations!

Cradled inside a mountain in Texas lies a unique machine that is powered only by humans and the sun.
Click to learn more about the creation of this timepiece and join us for a glimpse into the future with the 10,000-year clock! ⏰