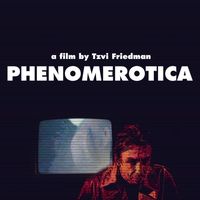 Be the first to know and let us send you an email when Phenomerotica - An Experimental Dark Comedy posts news and promotions. Your email address will not be used for any other purpose, and you can unsubscribe at any time.

Send a message to Phenomerotica - An Experimental Dark Comedy:

Phenomerotica deals with a very basic emotion that we all struggle with, what were our parents like when they were young? Did they love each other? Did they love me? In this esoteric film we grapple with these very humanistic thoughts that have plagued mankind since the beginning of time.