Got news? Newsmaker is a service for customized, on-demand manuals for media relations. Two-day turnaround.

Everything you need to pitch reporters your story in your own words. Two-day turnaround.  Overview Q&A

Big Apple Awards: What to Look For

Andrew Graham, one of the founding partners of Clear., talked to PRSA-NY president-elect Doug Simon about What to Look For at the upcoming #BigAppleAwards.

Our response to Trumpism

Our response to Trumpism

Jeremy and I founded Clear in 2014 by committing to a single premise: That every stakeholder, regardless of their interests, responds best to information that is clear, consistent, and accurate. We help clients achieve those qualities in everything they say and do. Anything less is unacceptable.

In the United States, the election of Donald Trump, a nativist authoritarian with demonstratively poor judgment, at first called into question the accuracy of that premise. Despite -- or, terrifyingly, perhaps because of -- the Clinton campaign’s commitment to explaining very clearly and consistently what she would do as president and her historically robust qualifications, too many voters (though not a majority of them) chose Trump, whose supposed ideas were, at best, opaque platitudes.

We are aware that elections are not won by merely articulating policy. But we are shocked that voters elected a president whose core values and beliefs with respect to governing are still completely unknown.

Immediately after the events of Nov. 8, we thought that our foundation was unstable and questioned whether Clear should continue to exist. We thought that our premise must be wrong, and that we had made a grave mistake to assume clarity, consistency, and accuracy are still desirable traits.

But, looking at the incident deeper, we do not believe the outcome contradicts our basic premise.

Instead, here’s what we think happened.

Trump also denied saying or doing many other things that he said or did. These denials were, obviously, all lies.

In computing, systems can break when malicious intruders attack them with too much noise. If you want to shut down a website, for instance, you flood its servers with requests from bots. Once the bots cause the server to reach capacity, legitimate traffic can’t get through.

This -- the flooding of a system (media) with noise (lies) -- is how Trump obtained power. There were grave problems not with the stakeholders, not with the messages, but instead with the systems that deliver them.

This noise overwhelmed media and exposed a vulnerability in the fourth estate. From the fake, pro-Trump news that dominated Facebook to the echo chamber of overconfident professional opinion-havers always present on network news to the print media that, for some reason, failed to simply call a lie a lie, Trump’s unwavering, reflexive, habitual lying rendered ineffective the network of gatekeepers voters rely on. He hacked the presidency by weaponizing lies.

When a hacker exploits a vulnerability, the owners of that system are responsible for fixing it.

Jeremy and I took some time to soberly contemplate why this happened and what, if anything, we can do to help fix the vulnerable system. We determined that we want Clear to be a part of the solution. It’s clear that politics occurs in a post-truth world today, where facts are no longer sufficiently persuasive, but business must not fall victim to the same trap.

So, we are making some changes to our agency in response to this terrible spectacle.

First, we will incorporate Clear as a public-benefit corporation. Among the consequences of this business structure is the legal obligation to create a materially positive impact on society. In other words, benefit corporations do not exist simply to profit by any legal means available. In addition, there is a direct and legally binding mandate to do good.

Our public benefit will be an ironclad commitment to communicating with clarity, consistency, and accuracy -- for ourselves and on behalf of clients. We will be, in effect, doubling down on the bet that our premise is sound.

Second, we will be more open to collaboration with other agency service providers. The incoming administration will introduce tremendous uncertainty into the marketplace that wasn’t there before. Uncertainty is bad for business, so I anticipate other agencies are feeling the same pressures we are. We’ll be open to supporting other agencies’ accounts if doing so is in the client’s best interest, aligns with what we do well, and helps protect the lead agency.

Most importantly, we will be more deliberate and energetic in seeking business that provides the opportunity to use our personal beliefs professionally. We’re not going to hide our personal commitment to progressive causes, including and especially holding back what we anticipate will be a hateful, regressive administration that will commit true atrocities on anyone who isn’t wealthy, white, Christian, and male.

We believe that work ought to be personally fulfilling, and this is our small way of making our work count for something more. Our agency may lose out on business opportunities or open itself up to punitive actions from Trumpist regulators and sycophants, but we’ll happily live with the consequences of being clear, consistent, and accurate about our economic and social worldview.

Anything less is unacceptable.

We took some time to process the election outcome. Here's what we're doing in response.

What's in store for the future of B2B marketing?

Our perspective on the future of B2B marketing...

B2B marketers will eventually adopt the tools and strategies to change their websites from static billboards to real-time, responsive and personalised conversations.

6) Breaking News: Twitter showed us the power of a trending topic. Your content should align with current trends as much as possible. According to Andrew Graham, founding partner of Clear, “It is easy for audiences to block ads, delete emails and ignore cold calls. News is one thing ― perhaps the only thing ― they won’t reflexively ignore. For this reason, companies should coat their ads, marketing, and ‘content’ with a thick veneer of news.”

Growing up in the 1990s, I saw a lot of brands compete for commercial space on television. As you may know, television advertising comes with a hefty pri...

Behind the Headlines with Jeremy Bridgman, APR

Our co-founder did a wide-ranging Q&A with Gorkana to recognize the agency's second anniversary and his recent APR designation.

Jeremy Bridgman, APR, Founding Partner, Clear, on earning his accreditation in public relations, the risks and rewards of co-founding Clear, and the importance of financial literacy in the the PR profession.

Today we announced Clear: CMO, a new digital advertising advisory service, which is summarized in a post on our website. #PR #AdTech http://www.agencyclear.com/news/cmo

Survey: The News Industry’s Biggest Threat Is Its Own Future

Here's our co-founder's reaction to a survey about the future of news, published on PRNewser. #PR #Media

3 Pieces of PR Advice Startup Founders Can Use

Latest from our co-founder, published on Tech.Co. #startups

I’ve witnessed the adversarial relationships that can grow between startup founders and the media that cover them because part of my job is to sit in between the two so that they both get some of what they want.

Selling native ads without selling out readers is hard

I gave an interview for an article about native advertising last week. Here's what I said.

Do-it-yourself public relations made easier. Rivet is a bespoke media contact list that start-up entrepreneurs and small-business owners can use to contact media. If you're going to do it yourself, Rivet will help you approach the right people.

Why Uber’s ‘Smear the Press’ Approach Would Never Work - PRNewser

From our co-founder: "Companies in many industries, including and especially emerging tech, do use campaign-style tactics to advance their business interests. The ones that do this effectively, though, do it without talking about it, because drawing attention to the process defeats its purpose."

Uber has managed to give opposition research a bad rap.

Clear is a media and public relations agency based in New York City.

Apple Insider Spills Secrets: ‘This Isn’t PR. This Is Something Else.’ - PRNewser

The thinking behind Apple's PR strategy. This is really worth a read.

Apple Insider Spills Secrets: ‘This Isn’t PR. This Is Something Else.’

Seeing Through the Illusion: Understanding Apple's Mastery of the Media

Good read if you work in media and/or use Apple stuff.

Despite the Monthly Outcry, Facebook Should Advocate for More Data Collection

Companies are using PR firms instead of K Street to lobby without really lobbying.

We got recognition for some great client news before the long weekend.

ShopKeep founder Jason Richelson is bringing on a co-CEO to help make his company big, not just great.

Ketchum Has an App for Your Crisis - PRNewser

Some thoughts on this new app from one of our founding partners. #PR #marketing

Ketchum Has an App for Your Crisis

‘Do Startups Need PR?’ Is the Wrong Question to Ask - PRNewser

Grandiose screeds surface from time to time about how useless the writer thinks PR agencies are, and they usually follow the same predictable formula. But this one was uniquely bad.

With a full-time staff of five, CMO Today (follow them on Twitter) will devote plenty of digital space to the ongoing merger between digital and traditional marketing.

Some advice for Uber

Behind the Headlines with Andrew Graham

Gorkana published a Q&A with one of our co-founders.

Andrew Graham, Founding Partner of Clear, on finding the line between what’s newsworthy and what advances a client’s business interests.

Gorkana: "Graham and Bridgman have developed a way to distinguish themselves from other agencies." 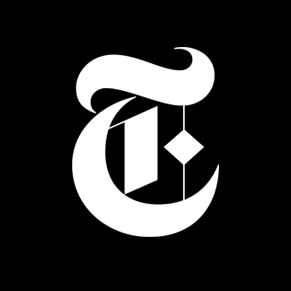 News From the Advertising Industry

This morning, our opening was in the nation's newspaper -- err, news outlet -- of record.

Eyes on the Price: How More Companies are Breaking the Pricing Mold

Graham says his pricing model gives clients protection against being sold on ideas that aren’t realistic while also rewarding his firm for achieving what they say they can.

One of our founding partners has an opinion on the Coke Super Bowl ad.

The brand’s commercial was no gaffe. The Twitter backlash against it was planned, and the advert was a brilliant marketi…

PRNewser, on our launch: "Clear is one of many agencies working to move toward the front end of an evolving business model."

In order to emphasize changes in the traditional media relations model, Clear posted this infographic as its first company blog entry.

Be the first to know and let us send you an email when Clear. posts news and promotions. Your email address will not be used for any other purpose, and you can unsubscribe at any time.

Send a message to Clear.: