New York City-based trumpeter, composer and Doctor of Musical Arts, Jonathan Saraga, is a Blue Truffle Music and Fresh Sound Records recording artist. He took 1st place in the 2007 International Trumpet Guild Jazz Trumpet Solo Competition, competed as a finalist in the 2009 Carmine Caruso International Jazz Trumpet Solo Competition, and was a selected-participant in the 2011 School for Improvisati

New York City-based trumpeter, composer and Doctor of Musical Arts, Jonathan Saraga, is a Blue Truffle Music and Fresh Sound Records recording artist. He took 1st place in the 2007 International Trumpet Guild Jazz Trumpet Solo Competition, competed as a finalist in the 2009 Carmine Caruso International Jazz Trumpet Solo Competition, and was a selected-participant in the 2011 School for Improvisati 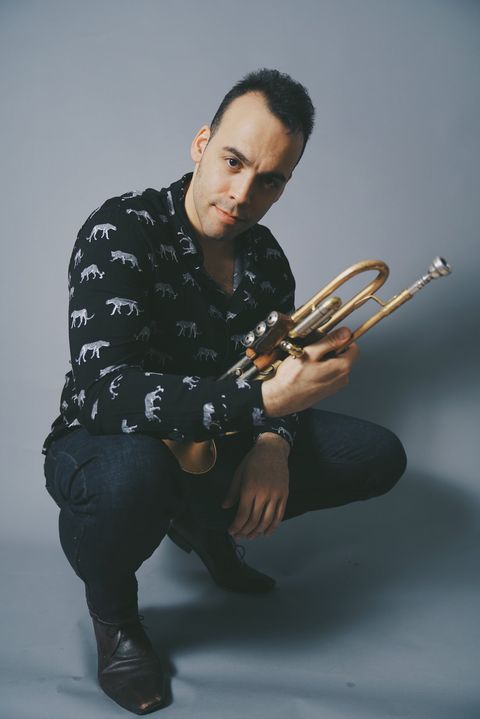 ISJAC is thrilled to announce that, thanks to your generous support, we now have the funds to award 6 additional COVID-19 Relief Commission Grants to our incredible pool of applicants. Today we will highlight the next of those additional grants. Congratulations to Jonathan Saraga!!! You can find his bio in the comments below.

We will announce the remaining awards this week, one each day through Friday, May 1. If you would like to help us extend this initiative, you can make a donation through May 1 at: https://isjac.org/who-we-are/supporters
Keep scrolling until you see the red print directing you to the donation box. Thanks!

Congrats to Jonathan!!! And a huge thanks to our generous donors -- we are so grateful!!!

Sam is an amazing bassist who composes and arranges beautifully as well. The song being played here is his own composition, titled “Modal Spree”

Here’s part of my solo on an original composition, “The Great Journey” from my sextet’s latest performance at Smalls Jazz Club.

Thanks to @smallsjazzclub for having us!

New video out on the Thompson Jazz Studies YouTube channel - one of my big band charts. It features some great musicians. It’s the first video that shows up when you search on YouTube for “The Reiki Practitioner - Jonathan Saraga” 🎧@brokerclinic 🎬 @ben.makinen

I finished the first version of this chart in 2009 when I arranged it for the U.S. Army Blues Big Band to play at the gala concert of the Carmine Caruso International Jazz Trumpet Competition. I’ve been tweaking parts of the chart here and there ever since, because every time it’s played I hear new things I feel would help the music.

Around 10 years ago I become interested in Reiki healing, and other healing techniques. I still am.

Do you have a piece of music that’s constantly changing, even ever so slightly? What’s a song you wrote that’s inspired by healing? Let me know in the comments.

Yesterday concluded the 2-day recording session for Erica Seguine’s and Shannon Baker’s debut album. Words can’t express how lucky I feel to have been a part of it. Nearly 30 amazingly skilled individuals came together and poured 100% of themselves into the creation of (what I believe will turn out to be) some INCREDIBLE music. Here’s the 3 that I had the pleasure of working in close proximity to: @nathaneklundmusic @trumpetlake @adambh123

Thanks to the awesome @tracyyang217 for this photo

Thank you all for your support in helping me reach 500+ fans!

Thanks for the inspiration, Eli Degibri

I always try to fill my music with humility, comradeship, peace, and love - both as a saxophonist, a composer as well as a bandleader. ❤️🎷Eli

We will be playing originals and standards for you, and will do our very best to make some good vibes and good music happen.

Come to the first set, stay for the second for no additional cover charge!

I hope to see you there!

See Jonathan Saraga at Cornelia Street Cafe on May 22nd

"The Great Journey", a track from my 2017 Fresh Sound Records release, Journey to a New World, has been awarded an Honorable Mention in the Jazz category in the 2017 International Songwriting Competition (ISC)

The Great Journey, a song by Jonathan Saraga on Spotify

New 4-star review of Journey to a New World by Sea of Tranquility! What a memorable concert!

Live music from Jonathan Saraga’s CD release concert back in October at Dazzle in Denver, CO on today’s episode of The Jazz Hole Live

If you haven't read yet!

“Journey to a New World” is a new CD by trumpet player Jonathan Saraga. The whole of the CD is familiar but also fresh; grounded but also hopeful. The horn work is brilliant and technically spot-on… 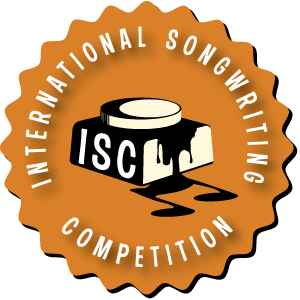 I made it to the semi-finals! 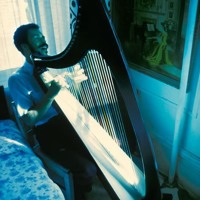 Stoked to be playing with Erich Bergen at Birdland Jazz Club June 21st and 22nd!

The Broadway at Birdland series is proud to present performer Erich Bergen, who will make his triumphant return to the Birdland stage on Sunday, June 21 at 6pm and Monday, June 22 at 7pm. Erich last p

I was recently asked to answer some questions about being a professional artist by We Are The Art!

Jonathan Saraga - Trumpet freelance based out of NYC

The most rewarding aspect of choosing a career in the arts?...
That's a really deep question actually with a lot of possible answers. There's this concept that the process is it's own reward. I truly believe that, and I find that I achieve peace of mind and clarity in and out of the work place with that perspective. In any field, not just the art field, efforts can go un-noticed, hard work, persistence, and sheer blood, sweat, and tears poured into the work and into the process of sharing that work can go un-praised; but that doesn't stop someone that believes in themselves. A professional artist, someone who is committed to the process of art itself, and not attached to the results either of the product or of what they might receive in return for the sharing of that product, believes in themselves (and what they do as an artist) so blindly that they will stop it nothing in their pursuit of what they want to accomplish with their art. I know that may sound like it can apply to anyone in any field, and yes this state of awareness can apply to anyone, but that's fine because I believe art is everywhere and in everyone. There are a lot of rewarding qualities to being an advocate of the arts, and in being a purveyor and performer of art, but a career as an artist is a long-winded winding path, that really has no final destination. Art, and the process of creating it never stops, whether it's me creating it or not. Being involved in as world like this, is the reward in itself. A true artist feels that they have been chosen to participate in this world, and not vise-versa. Having the confidence and to be a leader, the act of being dedicated to practicing consistently, and the openness to sacrificing what needs to be sacrificed in order to stay true to the serving of the art itself is are somethings artists do. Making art is an incredibly liberating and joyful experience, but the choice to pursue a career in it it's own reward.
What really inspires me is that I'm alive! Thankfully I am here, existing, and able to think things, say things, and do things that can touch, uplift, and inspire people. I'm inspired by people, and by mother nature. I'm inspired by the infinite extent of human potentiality, and the desire to embody that state of being, that state of belief in myself. I'm inspired by my failures, and by my achievements. I'm inspired by the love and connection I've shared with special individuals. I'm inspired by goals. I'm inspired by presence. I'm inspired by exhilarating, passionate, fun, laughter, and beauty. I'm inspired by loss and longing and fear also. I'm inspired by the opportunity to choose my state of mind. I'm inspired by life. 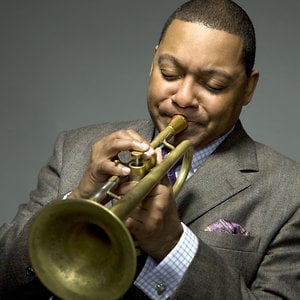 Wynton Marsalis has been described as the most outstanding jazz musician and trumpeter of his generation, as one of the world’s top classical trumpeters, as a big…

This video has been unlisted on youtube for some time now, but I'm making it public now! Check out my group at the ShapeShifter Lab from last January! The tune is an original of mine entitled New World. I hope you all enjoy it!!!

Check out this live recording of Prism by John Petrucelli!

Be the first to know and let us send you an email when Jonathan Saraga posts news and promotions. Your email address will not be used for any other purpose, and you can unsubscribe at any time.

Send a message to Jonathan Saraga: 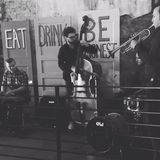 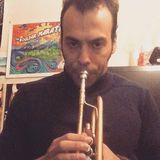 New York City-based trumpeter, composer and Doctor of Musical Arts, Jonathan Saraga, is a Blue Truffle Music and Fresh Sound Records recording artist. He took 1st place in the 2007 International Trumpet Guild Jazz Trumpet Solo Competition and competed as a finalist in the 2009 Carmine Caruso International Jazz Trumpet Solo Competition. He has been awarded selected participation in the 2011 School for Improvisational Music Summer Intensive Program, the 2015 Banff International Summer Intensive Program in Jazz and Creative Music, and the 2019 Banff Early Fall Musicians in Residence program. Jonathan received the Herb Alpert Young Jazz Composer Award presented by the ASCAP Foundation in 2016, was a 2-time Semi-Finalist as well as a Winner in the International Songwriting Competition in 2016 and 2017, and achieved finalist status in the 2019 New Jazz Works grant presented by Chamber Music

America. In 2020 he was one of three trumpeters to make it to the final round of auditions for the GRAMMY-winning Afro-Latin Jazz Orchestra’s 4th Trumpet Chair, and was selected to present at the International Society for Improvised Music conference (Melbourne Conservatorium of Music-Melbourne, Australia) and the Association for Popular Music Education (APME) conference (Edinburgh Napier University-Edinburgh, Scotland). Also in 2020, Saraga received a commission from the International Society of Jazz Arrangers and Composers, as well as grants from the Louis Armstrong Educational Foundation, the University of Colorado Boulder, Music Advisory Board, the Actors Fund/Local 802 Musicians Union, the Jazz Foundation of America, the Afro-Latin Jazz Alliance, and the Recording Academy/MusiCares.

Since 2006, Saraga has performed throughout Europe, Asia, the Caribbean and across the U.S. as a leader and in ensembles led by highly acclaimed artists such as Steve Coleman, Henry Cole, Maria Schneider, The Mingus Big Band, Remy Le Boeuf, Darcy James Argue, Orrin Evans, Jihye Lee, Migiwa Miyajima, Jason Marshall, Manuel Valera, Josh Evans, Jimmy Greene, Tyshawn Sorey, Eric Bergen and the Afro-Latin Jazz Orchestra to name a few. He teaches for NYC-based organizations such as The Afro-Latin Jazz Alliance, The Gramercy Brass Orchestra of New York, New York Ensemble Classes, Jazz Empowers and The New York Jazz Academy, and has served as a Graduate-Part Time Instructor for the University of Colorado, Boulder.