This page is run by Viking Books, an imprint of Penguin Random House US. Follow us on Instagram and Twitter @VikingBooks The Viking Press was founded in New York City on March 1, 1925, by Harold K.

Guinzburg and George S. Oppenheim. Their founding creed: "To publish a strictly limited list of good nonfiction, such as biography, history and works on contemporary affairs, and distinguished fiction with some claim to permanent importance rather than ephemeral popular interest." The firm's name and its logo, a Viking ship drawn by Rockwell Kent, were chosen as symbols of enterprise, adventure, a

Guinzburg and George S. Oppenheim. Their founding creed: "To publish a strictly limited list of good nonfiction, such as biography, history and works on contemporary affairs, and distinguished fiction with some claim to permanent importance rather than ephemeral popular interest." The firm's name and its logo, a Viking ship drawn by Rockwell Kent, were chosen as symbols of enterprise, adventure, a

Watch Geraldine Brooks on CBS Mornings talk about her upcoming novel, HORSE, the history of horse racing, and how her love of Star Trek led to living on Martha's Vineyard:

Pulitzer-prize winning author Geraldine Brooks discusses her new book “Horse.” The novel is about a thoroughbred who at one time sired more champions than an...

Happy Pride Month 🌈 We’re celebrating with a stack of books by queer authors to inspire your TBR. From memoirs to new and upcoming fiction, these titles celebrate the LGBTQIA+ community, represent a variety of identities and voices, and uplift readers who see themselves in these pages. Which one are you picking up first?

"Mathews writes like a blaze, and this book will remind you what it is to be young and powerfully alive." —C Pam Zhang, author of HOW MUCH OF THESE HILLS IS GOLD

Learn more about the buzzy debut novel ALL THIS COULD BE DIFFERENT by Sarah Thankam Mathews, on sale 8/2! https://bit.ly/3v23Tc6

✨ WE'RE HIRING ✨ Our Viking & Penguin Books team is looking for a Publicity Assistant! Apply here to join our team: https://bit.ly/3Q2HYeR

🎉🚨CONGRATULATIONS to Amor Towles's THE LINCOLN HIGHWAY for being longlisted for the Mark Twain American Voice in Literature Award, which "honors a work of fiction...that speaks with an 'American Voice' about American experiences." 🚨🎉 via The Mark Twain House & Museum

Pulitzer Prize-winning novelist Geraldine Brooks takes us on our tour of her Martha’s Vineyard home as she discusses changing careers, finding love, and writing her sixth novel, HORSE, in this stunning feature in The New York Times. Read the full profile:

The Pulitzer Prize-winning novelist has a new book, “Horse,” and a very old house, where she spent the pandemic with family and horses.

Bill Gates gives an incredible review to HOW THE WORLD REALLY WORKS by Vaclav Smil! He calls it "a new masterpiece from one of my favorite authors...It is a compelling and highly readable book." Read the review in full here: https://www.gatesnotes.com/Books/How-the-World-Really-Works

A new masterpiece from one of my favorite authors.

Listen to Rebecca Scherm author of A HOUSE BETWEEN THE EARTH AND MOON on the latest DIY MFA Radio interview talking about safeguarding your passion, writing your own anxieties, and how we can help the environment 💫 Check it out here: https://DIYMFA.com/412

🤩GIVEAWAY🤩 We’re giving FIVE lucky readers the chance to win an early galley of a major new release from an award winning author. THE UNFOLDING is “a modern masterpiece” (@shteyngart) and author A.H. Holmes’s first novel in a decade! Pulitzer-prize winning author @michael.chabon calls it “gripping, sad, funny, by turns aching and antic and, as always, exceedingly well-observed and -written.” 🌟 To enter, like this post and tag a friend who would love this book!

The Washington Post calls WHY WE FIGHT "Thoughtful and well-written." Author
Chris Blattman "provides a clear, concise way of thinking about human conflict, even as Putin’s war reminds us of the persistence of the problem." Read the full review: https://wapo.st/3acuMUi

These Are the 8 Best Books of All Time, According to Bill Gates

In a recent Reddit AMA, Bill Gates ranked HOW THE WORLD REALLY WORKS by Vaclav Smil as one of his top eight books of all time and named Smil as his favorite author. Check out all of his book recs here:

Gates picks his favorites from among the huge number of books he's recommended over the years.

The Sad Young Literary Man Is Now a Middle-Aged Dad

Keith Gessen wrote a memoir about family life. His wife, Emily Gould, is mostly okay with that. Read the incredible profile of Keith Gessen and RAISING RAFFI on New York Magazine:

Keith Gessen wrote a memoir about family life. His wife, Emily Gould, is mostly okay with that.

🌟🤩 GOODREADS GIVEAWAY🌟🤩 Win a copy of this summer’s most delightful romance, A LADY’S GUIDE TO FORTUNE-HUNTING by Sophie Irwin! 💖 Taylor Jenkins Reid calls this whip-smart debut “a regency era romance with a great sharp bite to it, that has me swooning all while nodding my head at its smart takedowns of society. It’s a blast to read.” 💖 Enter here: https://www.goodreads.com/giveaway/show/336982-a-lady-s-guide-to-fortune-hunting

"Once the obsession bites, there's no turning back." Read Geraldine Brooks' amazing interview with The Chronicle Of The Horse on why she turned her focus to equines—including one in particular—for her latest novel, HORSE, coming June 14! https://bit.ly/3ML8XJL

10 New Books We Recommend This Week

🤩 We couldn't be happier to see Claire Stanford's "engrossing and clever debut novel" HAPPY FOR YOU on The New York Times Books Editors' Choice for 10 New Books We Recommend This Week!

Suggested reading from critics and editors at The New York Times.

We are so excited to share Susan Orlean has selected CHILEAN POET by Alejandro Zambra as her June pick for the Literati book club. Join the discussion here: literati.com/susan

Who Was George Floyd?

HIS NAME IS GEORGE FLOYD is on sale today. A landmark biography by prizewinning Washington Post reporters Robert Samuels and Toluse Olorunnipa, The New York Times calls it "brilliantly revealing" and "impressive": https://nyti.ms/3lgD2EL

“His Name Is George Floyd,” by Robert Samuels and Toluse Olorunnipa, is a thorough recounting of the life of the man whose brutal murder set off historic protests.

Join Geraldine Brooks on tour for her upcoming novel HORSE! In this sweeping story of spirit, obsession, and injustice, "Brooks probes our understanding of history to reveal the power structures that create both the facts and the fiction...clever and richly detailed.” (Booklist ⭐ Review)

🔥🔥 "It's about setting fire to the stories you don't want to be in anymore and controlling your own narrative." 🔥🔥 Danica Roem talks about her new book BURN THE PAGE and how being in a heavy metal band prepared her for politics with Good Morning America: https://abcn.ws/3w8hd0v

Virginia Del. Danica Roem shares her journey to becoming the nation’s first out and seated transgender state legislator in her new book, “Burn the Page.”

‘How the World Really Works’ Review: Putting It All Together

HOW THE WORLD REALLY WORKS by Vaclav Smil is on sale today! 🌎 This essential analysis of the modern science that makes our lives possible is a "highly readable distillation of [Smil's] lifetime of scholarship" (The Wall Street Journal). Learn more:

Never mind the ephemeral wonders of digital tech: Our lives are built of steel, plastic, concrete and ammonia.

Read an excerpt from HIS NAME IS GEORGE FLOYD, a landmark biography by prizewinning reporters Robert Samuels and Toluse Olorunnipa, featured in the Washington Post. Out May 17. https://www.washingtonpost.com/magazine/interactive/2022/his-name-is-george-floyd-book-excerpt/?itid=sf_lifestyle-magazine

An exclusive excerpt from "His Name Is George Floyd: One Man’s Life and the Struggle for Racial Justice" re-creates the day leading up to the murder.

Enter our Goodreads giveaway for your chance to win the book Good Housekeeping calls "historical fiction at its finest...the story of the most important racehorse you’ve never heard of, but it’s also so much more than that.”: HORSE by Geraldine Brooks: https://www.goodreads.com/giveaway/show/345488-horse

“Billionaires Glamping in Space”: A Conversation with Rebecca Scherm

"Rebecca Scherm is a novelist gifted with both a visionary sense of invention and an unrelenting attention to fine-grained details." Read Rebecca Scherm's interview with the Los Angeles Review of Books (LARB) here: https://bit.ly/3sfLFDE

🎉🎉 1 MILLION COPIES SOLD! 🎉🎉 A massive congratulations to
Amor Towles's THE LINCOLN HIGHWAY and thank you to all the readers who came along for the ride! Join the conversation and learn more here: https://sites.prh.com/thelincolnhighwaybookclubkit

Zen Buddhist priest on the importance of introspection

Don't miss Ruth Ozeki's interview on GMA3: What You Need To Know where she discusses THE BOOK OF FORM AND EMPTINESS and the importance of introspection. Watch the full interview: https://www.goodmorningamerica.com/news/video/zen-buddhist-priest-importance-introspection-84397801

Zen Buddhist priest Ruth Ozeki on her new book, “The Book of Form and Emptiness,” and why she believes people should not be preoccupied with material possessions.

📚✨HAPPY INDEPENDENT BOOKSTORE DAY! We love our indies and the communities they build and foster ❤️ to celebrate, tag your favorite #independentbookstore in the comments to show them a little love today 👇🏼

⭐🎉CONGRATULATIONS to Ruth Ozeki's THE BOOK OF FORM AND EMPTINESS 🎉⭐ for being shortlisted for the Women's Prize for Fiction! See the entire list here: https://womensprizeforfiction.co.uk/features/features/announcing-the-2022-womens-prize-shortlist

🌱HAPPY EARTH DAY🌱We’re celebrating with a stack of reads that can help us learn, grow, and do better by the environment and our communities… oh, and by spending some time outside, of course ☀️🌍

Lost in love? Natasha Lunn is here to help with her new book CONVERSATIONS ON LOVE, out TODAY! @conversations_on_love is an investigation of love in all forms, featuring interviews with @lisadtaddeo, @estherperelofficial, and @roxanegay74 and drawing on Natasha’s own experiences to help us understand how we find love and how we survive when we lose it. And if you want your own questions on love answered, you can head to our stories and ask the author for her advice ❤️📚✨

Happy pub day to HAPPY FOR YOU by Claire Stanford! "Engrossing and clever…Stanford captures the allure, absurdity and menace of corporate spaces with wit and levity." Head to the New York Times to read the full review: https://www.nytimes.com/2022/04/19/books/review/claire-stanford-happy-for-you.html

In Claire Stanford’s “Happy for You,” a struggling academic joins an internet company building an algorithm to quantify human joy.

Will wake up early to read before work ☕️

We’re partnering with @aaknopf to bring you a giveaway that’s out-of-this-world 🌎 Enter for your chance to win these new and upcoming dystopian reads that traverse worlds and time and remind us of our shared human connection 💫🌎🌙 To enter, just like this post and tag someone you would take with you to the moon and back in the comments below!

NO PURCHASE NECESSARY. Enter before 11:59pm ET on April 18, 2022. Open to US residents, 18 and older. Void where prohibited or restricted by law. See Official Rules at bit.ly/2Pz6ap1 for full details.

Gracing your feed with Sunday Stacks to fight off the Sunday Scaries 📚☠️ What’s on your weekend TBR?

Women Who Thrill in the World of Books in 2022

Oprah Daily recommends THE LOVE OF MY LIFE by Rosie Walsh and calls it a "brooding, nuanced tale" 🥰📚

These emerging talents spin webs of suspense that snare us and won’t let go until the last page.

"Bulawayo masterfully controls her story...Absurdity and irony abound, providing entertainment and wincing recognition that this book has a lot to say about our own political reality." -San Francisco Chronicle on NoViolet Bulawayo's new novel GLORY!

NoViolet Bulawayo takes cues from the corruption, colonization and fall of Zimbabwe’s leader in this novel, which is not to far from our own political reality.

Be the first to know and let us send you an email when Viking Books posts news and promotions. Your email address will not be used for any other purpose, and you can unsubscribe at any time. 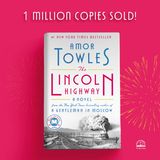 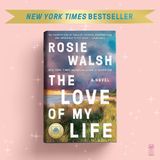 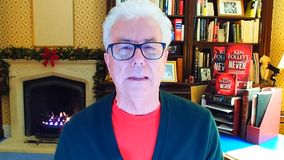 An Evening with Ken Follett Discussing His New Book “Never” 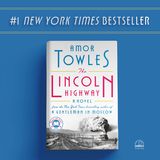 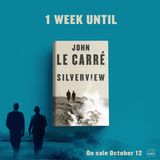 Do you have the same thrilling taste in novels as Richard Osman? 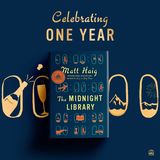 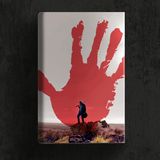 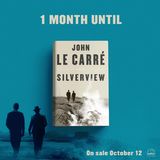 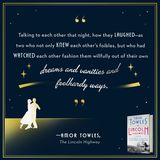 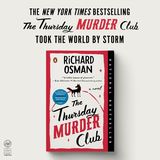 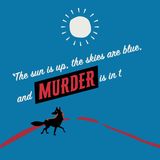 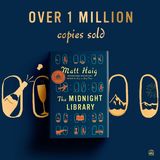 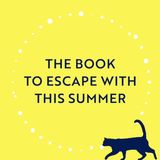 2 million readers for THE MIDNIGHT LIBRARY by Matt Haig 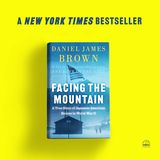 FACING THE MOUTAIN trailer and excerpt 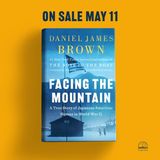