Autonomedia is an autonomous zone for arts radicals in both old and new media. We publish books on r

“ The wallpaper on his phone”

Please join us virtually on Zoom at 2PM Sunday, September 27 for a discussion of Marxism & Witchcraft with author David Kubrin, from the New York Virtual Anarchist Book Fair!

Utopian-communitarian, historian and philosopher of science, co-founder of the Liberation School, Bay Area witch, associate of Starhawk, David Kubrin has penned his magnum opus, ranging from a critique of Marx and Engels’ theories of religion to the spiritual ecology of primitivism, from the hermetic imperialism of John Dee to Newton’s occult alchemical cosmogony, from A***n techgnosis to the coming digital tsunamis, from the trance of mechanism and the enslavement to leisure on to the not-so-Final Conflict. Will you be riding a broomstick to the insurrection?

Here’s the link to our Temporary Autonomous Coven:
(NB: The digital door will only open 15 minutes early…)

Emma NYC ABF is inviting you to a scheduled Zoom meeting.

Buy the book online at:
https://www.autonomedia.org/node/286
(…or from some enemy empire)

I have just created a public Facebook grooup called Moronarchy, and invite contributions from the general intellect. Must be Trump-related images, absolutely no commerce. I have started to trime the prump. Please join! Abrazos, Jim

The Bindlestiff Family Cirkus, New York City's acclaimed variety arts ensemble, returns to the Connelly Theater with Brooklyn Abridged. This all-new production combines history, humor, and heart with an eclectic cast and crew showcasing circus artistry, original live music, and live analog projections into intertwined vignettes that tell the story of Brooklyn and the citizens who live, work, and play there. In this highly stylized visual and aural journey through the beautiful borough of Brooklyn, characters showcase their individual artistry in the setting of some of the borough’s most iconic landmarks. The New York Times has said of the Bindlestiffs, "There are certain things that make New York City so incredibly special. And this is one of them."

2019 Autonomedia Calendar of Jubilee Saints! Buy two, get one free!

New Critical Art Ensemble Title from Autonomedia: Get it here:

Until now, no one has ever written a book about how the secret grand jury system works in this country from the inside—from the point of view of a grand juror. The Trial Before the Trial is that insider’s expose. Ernest Larsen served nine days on a special narcotics grand jury in Manhattan before being forced off—at the insistence of the district attorney—and accused of contempt of court. Why? Because day after day he kept trying to halt what he saw as the exercise of racialized injustice. This book, at once ironic and angry, written in the form of a nonfiction novel, brings to light what really happens on a grand jury, a factual story that takes place just a few months before the events in Ferguson, Missouri and the rise of Black Lives Matter.

“For years, now, Autonomedia has published some of the most provocative political thinking we’ve seen from a small press. The Trial Before the Trial is right in there with the best and most interesting.” — Samuel R. Delany

"Richard Pryor said when he went to court seeking justice what he found was ‘just us.’ Forty years later Ernie Larsen again has found ‘just us.’ Through his extraordinary observations that are fascinating, engaging, troubling, really funny and a whole lot more, Larsen finds a broken system of justice that discourages curiosity and defies common sense and reason. Unfortunately, what is revealed is not shocking but the changing same: the tragic dimensions of justice. Larsen finds himself in a conundrum. While he cannot sit in judgment of his fellow human beings, he can judge a system that was meant to protect and serve." — Carrie Mae Weems

Please join Autonomedia and the Aaron Burr Society for an event celebrating the publication of "Wall Street in Black and White: Fotos and Text of an Occupier," with Jim Costanzo, at Bluestockings Bookstore, 129 Allen Street, Manhattan, on Monday night, March 26, 2018 at 7PM.

Autonomedia Calendars of Jubilee Saints are now shipping! Buy two, get one free! 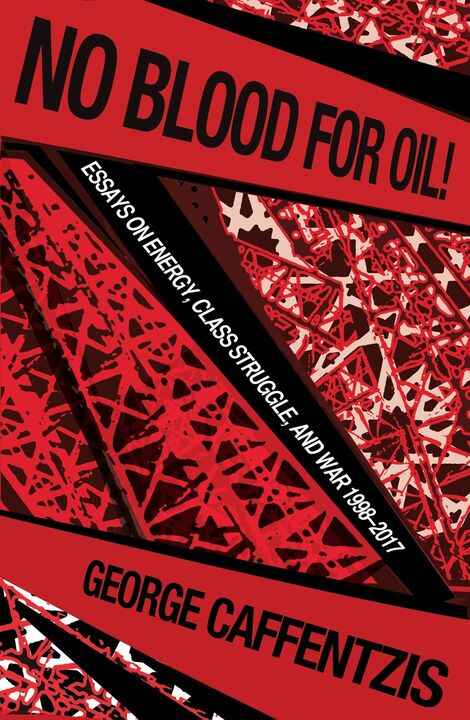 Book launch: No Blood for Oil!: Essays on Energy, Class Struggle, and War with George Caffentzis

Book launch: No Blood for Oil!: Essays on Energy, Class Struggle, and War with George Caffentzis
Tuesday,Nov 7 @ 7:00 pm – 9:30 pm
“No Blood For Oil!” is a book of more than twenty essays written between 1998 and 2016 that uses Marxist concepts (some old, some new) to answer many political questions posed by that modern Sphinx, the global oil industry: These questions range from “why did the 9/11 massacre occur when and where it did?” to “Why has the boom in fracking occurred when and where it did?”

Our 26th annual wall calendar of radical heroes is now shipping! Buy two, get one free! 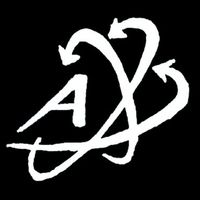 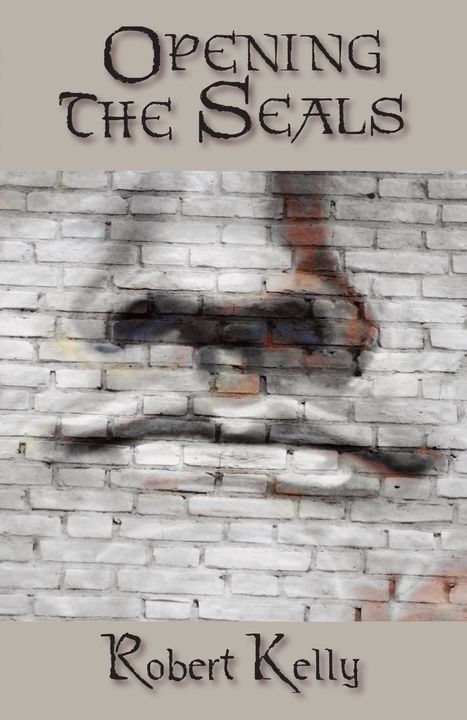 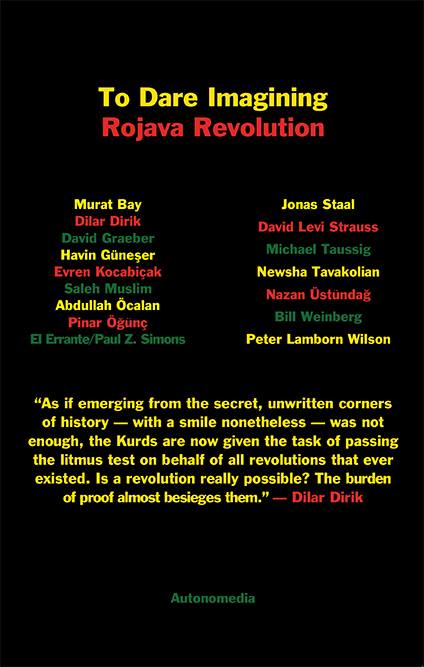 Three upcoming events in New York City, March 1-3, 2016, in conjunction with the publication of the new Autonomedia title, To Dare Imagining: Rojava Revolution.

The Power of Neighborhood and the Commons
A talk by p.m. about his new Autonomedia book
Thursday, April 23rd, 7:30 PM
at Brooklyn Commons
388 Atlantic Avenue
Brookyn, NY 11217

The anonymous, autonomous Zurich-based author of "bolo’bolo" and "Akiba" offers a new practical proposal for reshaping the future, based on this prognosis of the present:

“Our economic system is stumbling from one collapse to the next…Our system is fundamentally flawed and destabilized by internal contradictions. To point out one of them: INCOME can only be generated by work, but work is getting scarce at the moment and will become even scarcer in the future. Thus the “purchasing power” that capital needs to realize value is strangulated by itself. These contradictions are being deferred into the future by financial manipulations…The metaphor of the train racing towards an abyss and the need to pull the emergency brake must spring to mind. Since the braking distance has meanwhile become longer than the distance to the abyss, we have to think in terms of parachutes.’’

The 2015 Autonomedia Calendar of Jubilee Saints is now shipping! Buy two, get one free! http://bookstore.autonomedia.org/index.php?main_page=pubs_product_book_info&cPath=71&products_id=736

Book Party for Capital’s Greek Cage at Bluestockings, 172 Allen Street, NYC, Sunday | April 6 | 7 pm
With Clandestina, Ernest Larsen, Sherry Millner, and George Caffentzis
Join us to discuss essays from four contributors on the financial crisis in Greece. “If we are to understand molecular biopolitics then we must see it working in the participatory mechanism of fascism and today’s fascism from below… Führers and inspired leaders do not seem to be important anymore — the small fascist icons can be as many and as interchangeable as sitcom actors and second-rate soccer champions. Participation is virtual — but killing can be real; you can order a gun with the click of a mouse, but the bullet can blow you to pieces.’’ — Clandestina

Be the first to know and let us send you an email when Autonomedia posts news and promotions. Your email address will not be used for any other purpose, and you can unsubscribe at any time.

Send a message to Autonomedia:

Autonomedia is an autonomous zone for arts radicals in both old and new media. We publish books on radical media, politics and the arts that seek to transcend party lines, bottom lines and straight lines. We also maintain the Interactivist Info Exchange, an online forum for discourse and debate on themes relevant to the books we publish.

I would like to nominate for 2022 calendar sainthood Paul Blackwood of London, punk musician/video maker who also delivered meal on wheels and food to the hospital's covid wards. He was born on April 10 1972 and found dead at the bottom of a lake on December 26 2020.
Hi, I'm writing to you as the Total Liberation Campaign Director at the Institute for Critical Animal Studies. We're asking animal, earth, social anarchist and prison abolitionist activists and organizations to participate in our Remembrance for environmentalist and animal liberationist Will Rodgers action today. committed su***de while in prison for Earth Liberation Front protect actions 15 years ago today. If possible, please help us draw attention to the plight of political prisoners and resistance movements against Capitalist eco-terrorism by posting this image on your page and by replacing your cover photo with the one below for the next 24 hours (or longer). Thank you so much in advance for helping us with this action! ❤
We are looking for past years of your calendar in order to complete our set. Can you tell me if you have any older calendars available?
x