Your story, and how you tell it, is only limited by your imagination. Imagn, part of the USA TODAY NETWORK, covers news, entertainment, and sports.

What a week it was in sports and news. Head to our stories to see what you missed.

The @warriors evened the series out last night against the @celtics so that’s cool right?

Foot five for the last day of May!

Remembering those that sacrificed everything on this Memorial Day…

May 30, 2022 - Christopher Gomes, veteran agent for the city of New Bedford, places American flags at the graves of veterans buried at the Pine Grove Cemetery in preparation for Memorial Day. Mr. Gomes, an Army veteran, lost his right leg when an IED exploded while serving in Iraq in 2008.

Milk does the body good especially from multiple angles…

#Sunrise over the track for the 106th Indianapolis 500 today! Such a way to start your day 🏎

May 29, 2022; Indianapolis, Indiana, USA; A view of the sunrise and the fireworks and the front stretch and the Pagoda before the running of the 106th Indianapolis 500 at Indianapolis Motor Speedway. @indianapolismotorspeedway @nascar

It’s a dunk sandwich! Swipe over to get it 🤪

May 27, 2022; Boston, Massachusetts, USA; Miami Heat @miamiheat center Bam Adebayo (13) dunks for the basket against the Boston Celtics @celtics during the first half in game six of the 2022 eastern conference finals at TD Garden.

Today is our second installment for our photographer feature highlight series! Thanks @annemariesorvin for taking the time to hang with us as we find out a little bit about you and what you bring to the @imagncontent team!

Head to our stories for the coverage of yesterdays tragic events in Uvalde, TX.

US President Joe Biden speaks to the nation about the mass shooting in Uvalde, Texas in the Roosevelt Room in Washington, DC, USA , 24 May 2022.

May 24, 2022; Uvalde, TX, USA; Community members grieve as they gather at the unification station at the Civic Center following the shooting at Robb Elementary School in Uvalde, Texas on Tuesday, May 24, 2022. The shooting killed 18 children and 2 adults.

Have you been keeping up with NWSL? It’s been pretty 🔥

Today starts our photographer highlight series. We are going to be showcasing a different member of our photo team over the next coming weeks. We hope you enjoy learning a little bit about who is behind the photos we make. Up at bat first is @camporealephotos head to our stories to take a stroll with me as we dive into Joe and a little part of his story.

Summer is still a month away but the Boys of Summer are already having a good time!

May 16, 2022; Toronto, Ontario, CAN; Toronto Blue Jays right fielder Teoscar Hernandez (37) catches a fly ball for an out against the Seattle Mariners during the sixth inning at Rogers Centre.

Lets get after it! Head to the stories so see our top images of the week!

Super blood moon should be a band name…

May 15, 2022; Buffalo, NY, USA; Fr. Rob Wozniak, pastor of St. Pius X Catholic Church in Getzville, N.Y., a suburb of Buffalo, kneels in prayer May 15, 2022 across the street from the Tops supermarket where a gunman killed ten people Saturday.

Head to our stories to see the coverage from todays Bans off our bodies abortion rights rally’s across the US.

May 13, 2022; McKinney, Texas, USA; Scottie Scheffler plays a shot from the rough on 12th hole during the second round of the AT&T Byron Nelson golf tournament.

Sports + News = Pictures of the week.

You already know where they are (pssss…in the stories…)

May 7, 2022; Louisville, KY, USA; Sonny Leon aboard Rich Strike wins the 148th running of the Kentucky Derby at Churchill Downs.

LETS GET THIS WEEKEND 😤

May 6, 2022; Philadelphia, Pennsylvania, USA; Philadelphia 76ers guard James Harden (1) reacts after a score against the Miami Heat during the first quarter in game three of the second round for the 2022 NBA playoffs at Wells Fargo Center.

The Kentucky Derby is this weekend and our team is there for the coverage!

May 6, 2022; Louisville, KY, USA; Jockeys walk to their horses for a race before the Kentucky Oaks at Churchill Downs.

Team 🇺🇸 at the White House.

May the 4th be with you…

May 4, 2022; Cincinnati, Ohio, USA; A fan dressed as a Star Wars Jawa, left, and a Tusken Raider stand in the crowd prior to the game against Toronto FC at TQL Stadium.

Head over to our stories to view our coverage of the Roe v. Wade protests 🪧

Head to our stories to see all of our favorite sports and news images from the past week!

Be the first to know and let us send you an email when Imagn Content posts news and promotions. Your email address will not be used for any other purpose, and you can unsubscribe at any time. 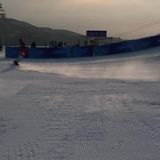