The diverse portfolio at AdLarge reaches 207 million weekly listeners across 5,000 radio stations and generates over 45 million downloads per month across digital platforms. Since starting in 2011, AdLarge founders Cathy Csukas and Gary Schonfeld have overseen significant expansion, which led to the creation of their digital portfolio, cabana. Every day, AdLarge connects national advertisers with

The diverse portfolio at AdLarge reaches 207 million weekly listeners across 5,000 radio stations and generates over 45 million downloads per month across digital platforms. Since starting in 2011, AdLarge founders Cathy Csukas and Gary Schonfeld have overseen significant expansion, which led to the creation of their digital portfolio, cabana. Every day, AdLarge connects national advertisers with

It's Friday, and it's time to celebrate! Congratulations to our co-CEO, Cathy Csukas, on being recognized as one of Radio Ink Magazine's Most Influential Women in Radio for 2022! 👏👏

Cathy is no stranger to this list, but remains humbly honored by the recognition. She is a stellar champion for the power of radio and ALL audio, and works diligently every day to share her knowledge and enthusiasm with her staff and colleagues alike.

Please help us wish Cathy a heartfelt congratulations on this amazing accomplishment! ✍️👇

Paul Beban, host of Collapse: Disaster in Surfside and Miami Herald reporter Sarah Blaskey sat down with NPR's Adrian Florido recently, to discuss the new podcast, updates to this devastating tragedy, and why it was so important for this story to be told. Check out a snippet below, and visit https://buff.ly/3wvFE76 for the full interview. Listen to Collapse: Disaster in Surfside today, wherever you listen to podcasts. 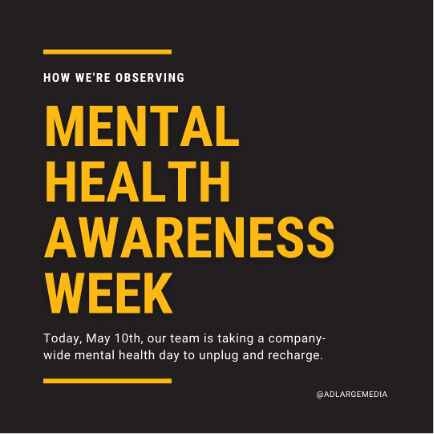 May 10th marks the start of National Mental Health Awareness Week, so AdLarge is dedicating this day to self-care. We’re encouraging our team to completely disconnect from work and focus on their individual health and well-being.

We'll be back tomorrow after we rest, relax, and recharge! ⚡️

You know where they say some matches are made, right? Well, we've got a new one that we are delighted to share with everybody! We are super excited to partner with the one and only phenom and creator of @herfirst100k on the relaunch of the wildly popular Financial Feminist podcast. Here's to kicking ass and breaking the status quo, one episode at a time!

Oops, they did it again! That's right, for the 2nd consecutive year, our co-CEOs, Cathy Csukas and Gary Schonfeld, have been recognized as 2 of the Top 20 Leaders in Radio by Radio Ink Magazine! 👏

On a daily basis, Cathy and Gary demonstrate what it means to lead with passion, empathy, and integrity. Swipe left for some quick quotes from this illustrious pair, and click the link in our bio for the full article. Help us wish them a heartfelt congratulations below! 👇

Our resident money man (aka Chief Revenue Officer) @dwachsmith27 took to the road this weekend for the #NASCAR Cup Series race at @martinsvilleswy, and after the rain, sleet, and snow (oh my!) what a race it was! 🏎 He even got some time in with our good friend Peter, from our partner, Motor Racing Network.

Despite the inclement weather, it's crystal clear that racing is back and in full effect! Get in touch through the link in our bio to be part of the action this season.

Some enchanted evening, when you find your true love... Oh don't mind us, we're just reveling in the magic of love this Friday! Yes, we are excited to share a special edition of #famFridays because we added a new member to our extended family last weekend! 👩‍❤️‍👨

That's right, our resident Digital Traffic Manager Jennifer Ripps (aka Jen, Ripps, Rippy, or Ripper) married her love, Steven Callahan last weekend in a beautiful ceremony in Westchester County. There were happy tears, awesome food, great music, loads of dancing, and just plain old love and good wishes all around. It was a magical night, for sure. 💖

Help us congratulate this beautiful couple and wish them a lifetime of all of the love they felt on their special day.

P.S. Let us know what you think a good new nickname would be for Ripps...Callie? JC? We're accepting all suggestions. ✍️

Our family is growing, and we're super excited about it! Say hello to our new Controller, Ben Hershberger! 👋

Ben joins the team after a healthy career in finance in both the public and private sectors. As Controller, Ben will be responsible for the day-to-day finances of the company as a whole. 🤑

Ben lives in Pennsylvania with his wife Danielle, and their three (3) children, Kai (7), Cade (5), and Addie (3). In his free time, Ben enjoys running, 🏃enjoying the great outdoors, and coaching sports teams for his children (Go Chargers!).⚾

Celebrating all of the women across the globe that make the world awesome - happy International Women's Day!

Looks like somebody got a little makeover, and we're loving it! #adlargepodcastnetwork #podcasts #advertising #newnamewhodis😎

Well, here we are folks - it’s the final week in February, which brings to a close our celebration of African-American pioneers in audio, in honor of Black History Month. Today, we highlight writer and radio producer, Richard Durham.

Born in rural Mississippi in 1917, Durham moved to Chicago with his family at the age of six. He eventually developed a love of writing, finding work in the radio division of the Illinois Writers Project. He wrote for several local shows in the early 1940s and also worked as an editor and journalist for the black-owned Chicago Defender newspaper and Ebony magazine. ✍🏾

After WWII, Durham wrote for a weekly drama on WBBM/Chicago called Democracy USA and created the first soap opera focused on an African-American family, Here Comes Tomorrow, for WJJD/Chicago. He would go on to write and produce the groundbreaking Destination Freedom, a radio drama that featured characters calling for equality a decade before the Civil Rights Movement officially began.

Durham used the weekly Destination Freedom to fight the stereotypes of African-Americans in the media. His inventive scripts highlighted the accomplishments of black leaders throughout history, including Harriet Tubman, Jackie Robinson, and Ida B. Wells. Durham’s recurring theme of social and economic freedom was a revolutionary idea rarely heard on the radio at the time.

Following the demise of Destination Freedom in 1950, Durham worked on a variety of projects, including ghostwriting the 1975 autobiography of Muhammad Ali. Durham was posthumously inducted into the National Radio Hall of Fame in 2007. 🏆

Thanks for joining us on this journey. We hope you enjoyed our celebration of Black History Month and learned a little something too. 😃

We’re back with another week of celebrating African-American pioneers in audio, in honor of Black History Month. Today, we celebrate Jesse B. Blayton, Sr., who made radio history when he became the first African-American to own and operate a radio station in America. 📻

Born in 1897 in Oklahoma, Blayton studied at the Walton School of Chicago and the University of Chicago, earning Bachelors and graduate degrees, respectively. In 1928, after a successful move to Atlanta, he made history for the first time by becoming Georgia’s first African-American Certified Public Accountant.

After teaching accounting for years at Morehouse College, being founding President of Georgia’s Mutual Federal Savings and Loan Association, and successfully co-founding and co-owning Atlanta’s first Black night club, Blayton purchased 1,000-watt station WERD/Atlanta for $50,000 in 1949. With his son Jesse Blayton Jr. as station manager, WERD became the first radio station owned and programmed by African-Americans in the US.

Blayton retired and sold WERD in 1968, but remained an active community leader until his death in 1977. He was posthumously inducted into the National Radio Hall of Fame in 1995, for making radio history and providing a platform for civil rights activists.

Join us next week for the final week of our Black History Month celebration, and learn a little more about what makes this medium so great.

When it hit the airwaves in 1947, WDIA was one of only six stations broadcasting in Memphis, Tennessee. Owned by John Pepper and Dick Ferguson (who were White), the station was initially programmed to appeal to the white demographic with classical, country-western, and various other musical genres. Lacking initial appeal, WDIA began to play Blues records, in a last ditch effort to stave off closure. Featuring shows and music from the likes of B.B. King (who later attributed his future success to the recognition he received from WDIA) and Bobby “Blue” Bland, the station eventually moved to the #2 spot in the market. A permanent switch to all-Black programming in 1949 quickly moved the station into first place, where it remained for years to come.

Nicknamed “the Mother Station of Negroes” for its ongoing success with reaching the African-American demographic, ownership of the station first changed hands in 1957, and was owned by a series of locals until its final purchase by Clear Channel Communications in 1997. Throughout this period, WDIA continued (and continues) to offer content for African-Americans, by African-Americans.

Join us next week as we continue our Black History Month celebration, and learn a little more about what makes this medium so great.

Be the first to know and let us send you an email when AdLarge Media posts news and promotions. Your email address will not be used for any other purpose, and you can unsubscribe at any time.

Send a message to AdLarge Media: 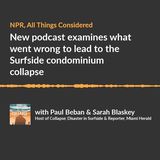 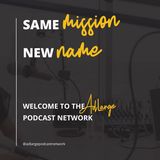 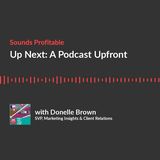 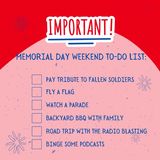 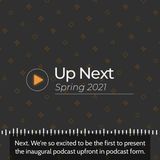 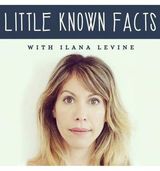 Looks like Nia Vardalos is excited about her upcoming interview with LITTLE KNOWN FACTS PODCAST. We are too! Make sure you tune in next week! http://bit.ly/2j3k7O7

Miss the IAB Podcast Upfront this week? Check out our podcast superheroes, then #AskAdLarge how we can put this cast of characters to work for your brands! 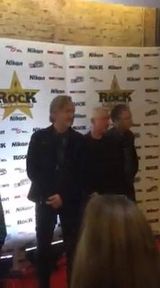