Directed by Michael Bello East Cleveland, 1976. Jay is a charismatic slacker living above Paradise, the restaurant his father left him. But Jay has a trail of debt which includes Earlene Floyd, a parking lot mogul, wants to bulldoze Paradise and put up a parking lot. Jay enlists his old school gang of misfits with plans to raise cash by hustling across America - one game of Scrabble at a time. But

Directed by Michael Bello East Cleveland, 1976. Jay is a charismatic slacker living above Paradise, the restaurant his father left him. But Jay has a trail of debt which includes Earlene Floyd, a parking lot mogul, wants to bulldoze Paradise and put up a parking lot. Jay enlists his old school gang of misfits with plans to raise cash by hustling across America - one game of Scrabble at a time. But

A big shout out to MJ Rodriguez who originated the role of Carlise a few years ago in The Last Word. She has gone on to become a superstar, not only becoming the first transgender to win an acting award at the Golden Globes this year, but has now also been listed in Time's Women of the Year. What a wonderful journey! Congrats MJ! MJ Rodriguez TIME

Over the various lockdowns in 2021 a fabulous bunch of West End and Broadway talent came together to record The Last Word as a six part podcast musical. Tune in from April 1!
#podcast #newmusical #thelastwordmusical #scrabble #musicalcomedy

The Last Word Musical updated their information in their About section.

The Last Word Musical updated their information in their About section.

Off-Broadway Review: “The Last Word” at the New York Musical Festival at the Duke on 42nd Street

Brett Sullivan’s “The Last Word” is a delightful new musical with a great deal to offer. Mr. Sullivan and his creative team have carefully thought through a musical that features an outstanding cas…

'The Last Word' and Singing Scrabble 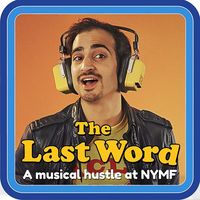 Theater in the Now: Review: Do the Scrabble Hustle

Tonight's show is sold out but tickets are available for two shows on Friday! #musicalslivehere

Sold Out Tonight - tickets available for our last shows this Friday, 5pm and 9pm - don't miss out!!

So the word is out - people are loving the show! Tickets available for Sunday 5pm tomorrow. #musicalslivehere New York Musical Festival

Who will have The Last Word...? Find out TOMORROW. #musicalslivehere New York Musical Festival

Meet Santine Subasinghe! Our feisty, smart and independent woman - Played by Jessica Jain. Want to find out who gets The Last Word? Get your tickets TODAY: http://bit.ly/29NDrbN

Playbill announces The Last Word - Musical and the other shows opening at the New York Musical Festival. Get the details: 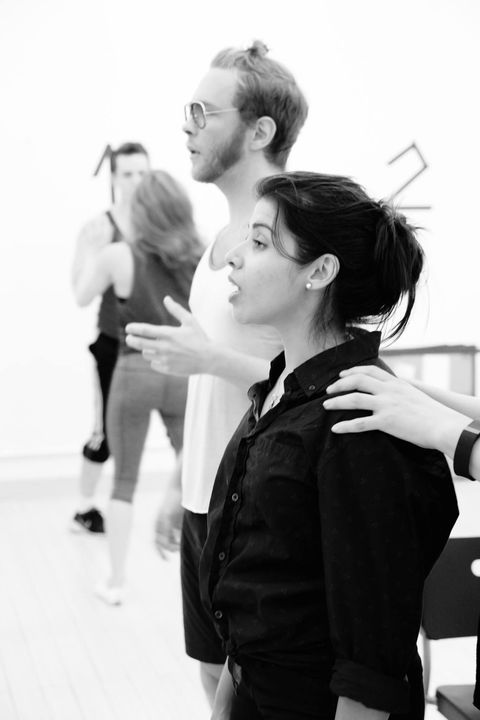 Creator Brett Sullivan talks with Stage Buddy on his inspiration for The Last Word Musical, making it to the New York Musical Festival and the most points he's ever made in Scrabble. Full interview here:

Brett Sullivan on 'The Last Word' playing at NYMF.

We are officially ONE WEEK away from the premiere of #TheLastWordMusical at the New York Musical Festival. Get your tickets for opening night - 8:00pm on July 22nd at The Duke on 42nd Street #MusicalsLiveHere

Did you know Brett Sullivan the writer of our show is Australian, but he lives with his family in London and has a day job that takes him to New York all the time!? New York Musical Festival first performance July 22

The parking lot 👸🏼 and her Billy Joe's #Rehearsal #MusicalsLiveHere #TheLastWordMusical

Photo Flash: Meet the Cast of THE LAST WORD at NYMF

BroadwayWorld.com has announced the cast of the official New York Musical Festival run of The Last Word! Get the details here:

This summer, NYMF will be on quest to save Paradise one Scrabble tile at a time. The new musical, THE LAST WORD will be presented at the Duke on 42nd Street, a NEW 42ND STREET project (229 W 42nd St) . THE LAST WORD is written by Brett Sullivan (Billy Elliot Live Film Director) and will be directed…

Rehearsal - Left On The Rack

A #BTS look at Queen Earlene and her crew hard at work! 👸🏼 - Shot and choreographed by Nick Kenkel. #TheLastWordMusical

Be the first to know and let us send you an email when The Last Word Musical posts news and promotions. Your email address will not be used for any other purpose, and you can unsubscribe at any time.

Send a message to The Last Word Musical: 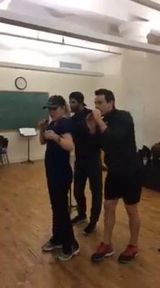 The parking lot 👸🏼 and her Billy Joe's #Rehearsal #MusicalsLiveHere #TheLastWordMusical

Rehearsal - Left On The Rack

A #BTS look at Queen Earlene and her crew hard at work! 👸🏼 - Shot and choreographed by Nick Kenkel. #TheLastWordMusical

Since NYMF has come to an end - I'm reliving all the shows I Production Managed there. Since I'm not FB friends with many from this production, thought I'd share here too. Cheers - hope everyone is well! NYMF 2016 (show 4 of 9) THE LAST WORD Book, Music & Lyric by Brett Sullivan With an eclectic 76’ pop rock score, The Last Word is set in East Cleveland and follows Jay, a charismatic slacker living above the Indian restaurant, Paradise, his father left him. Jay has accumulated a trail of debt which includes Earlene Floyd, a local parking lot mogul who wants to bulldoze Paradise and (literally) put up a parking lot. Jay enlists his old gang of misfits with plans to save the day by Scrabble hustling across America! NOTES FROM THE PRODUCTION MANAGER'S NOTEBOOK: Another one of my faves from NYMF. This super fun show with a great score, had fantastic choreography (probably the best of any NYMF show I've seen). It was my first time working for director Michael Bello (we would do 2 more after this) and he's awesome. This show also introduced me to Sharon Fallon, a GM I would work with many times again (and hopefully will in the future!). It featured Bway diva Felicia Finely and future POSE star, MJ Rodriguez - and an Indian/American leading character, which is cool and different. We had more costumes than any show I ever worked on (every time an ensemble member stepped off stage - they changed!) And the set. Well, it was a simple and practical design: the floor was a scrabble board and there was a basic back row that would hold signs to indicate locations and such. The designer took another gig (in middle America somewhere) and said he's send everything we needed to our rehearsal space. Then one day, he stopped answering everyone's call/texts/emails. We did receive some props and the flooring but it had barely any of the scrabble board on it - and most of the props were not usable. With just a little more than a week to pull it all together- we all scrambled to get the necessary props (there were A LOT!) and hired the amazing Elizabet Puksto to come in and save us. With the help of her friend Jacob - they miraculously (and by the seat of their pants) pulled it all together! To add insult to injury, two days before we opened we discovered the measurements for the performance space were off and the supports for our back row would eliminate like a foot of playing space. I think we ended up cutting the supports down just prior to moving in (or maybe we even did it when we did move it!) But just like most backstage stories, it all worked out and we had a pretty terrific run. Good times! The cast featured: Felicia Finley, Jessica Jain, Travis Kent, Nathan Lucrezio, MJ Rodriguez, Philip Jackson Smith, Amanda Braun, Kristian Espiritu, Michael Graceffa, Haley Hannah, Kit Treece. Directed by Michael Bello, Choreographed by Nick Kenkel and Musical Supervision by Conrad Helfrich. Producer: Amber Jacobsen, General Manager: Sharon Fallon, SM: Rachael Danielle Albert, ASM: Daniel Vaughn, Additional Lyrics: Ryan Cunningham, Book Collaborator: Adam Longworth, Costumes: Christopher Vergara, Lights: Isabella Byrd, Sound: Josh Liebert, Crew: Nate Robinson,Danny Morales, Estie Sarvasy, Annette Dieli and Kara O'Connor. Performed at the Duke on 42nd Street.