Please go to the launch of my new page The Authentic Singer and
LIKE...

DON JOSE ON THE COUCH

Thanks vocedimeche for your support!
These amazing performers deserve all the support!! Lovely meeting you as well.

JOIN US FOR OUR LATEST OPERA BREVE PRODUCTION!

OPENING NIGHT IS ONE WEEK FROM TONIGHT!
TWO CASTS -- SEE IT TWICE!!
JOIN US FOR OUR LATEST OPERA BREVE PERFORMANCES!!

Opera Breve Alumni!
Those of you who know Dalton...prayers and donations (if you feel so moved) are needed for his adorable newborn boy, Josiah

Dalton, Charmine, and Lochland Flake received news of a welcomed surprise in the Fall of 2016! The family of 3 were were expecting a new baby May, 23 2017, and the two music educators began their school year preparing to become a family of four! After having had their two year old son, Lochland,... 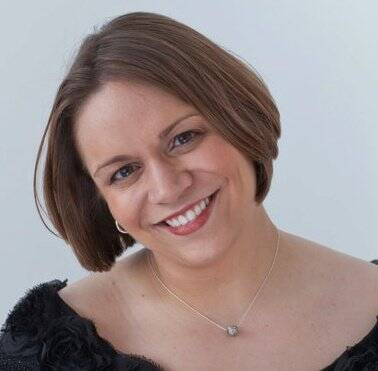 Great write up from OperaWire.
Another two shows tomorrow.
3 p.m. and 6 p.m.
For advanced reserve tickets write us at [email protected] today or purchase at the door.
Http://operawire.com/antonella-delli-carpini-on-singing-teaching-menottis-amahl-and-the-night-visitors-exclusive-interview/

“You could research my family as far back as the 1600’s and you wouldn’t find anyone anywhere involved in music,” declared mezzo soprano Antonella Delli Carpini during a recent chat with Opera Wire…

On Dec. 8, Opera Breve will open its 2016-17 season with “Amahl and the Night Visitors.” The rarely-staged Menotti opera is a special work as it was the first opera made in the U.S for … 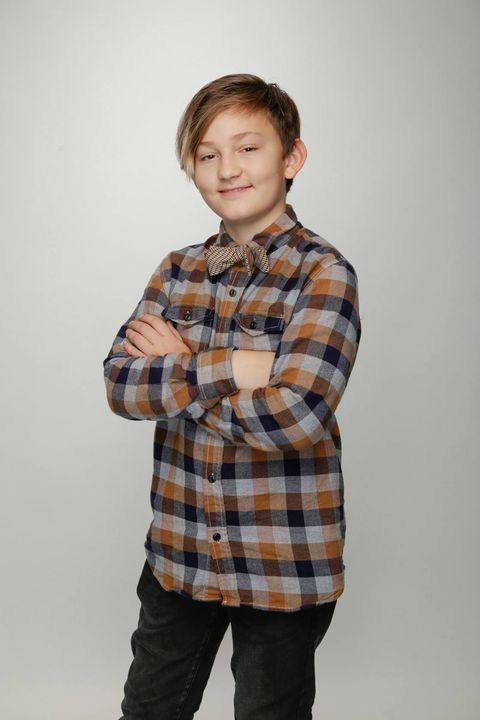 Email us at [email protected] to reserve your tickets for this weekend's performance of "Amahl and the Night Visitors."


Ethan Laird (Amahl, Friday & Sunday evening) is excited to be performing in his first opera as the title character in Amahl and the Night Visitors. An avid musician and singer, Ethan began his musical education with piano lessons at Third Street Music School. He later expanded his repertoire to include guitar, drums and vibraphone at the Boys Club of New York (Harriman Clubhouse). In 2010, Ethan joined the Boys Club of New York Chorus, where he blossomed into a featured singer, including a solo ukulele performance of “Count on Me” by Bruno Mars at the 2014 Board of Directors Annual Dinner and “Somewhere Over the Rainbow” at the annual concert the same year. In the summer of 2014 Ethan performed in the 14th Street Y Summer Theater Intensive production of Hair and most recently completed a chorus intensive at the “Count Me In” Program at Carnegie Hall. Ethan currently attends the Institute for Collaborative Education where he participates in the Drama Program. In addition to acting and singing, he enjoys photography, film making and is a talented magician. Ethan would like to thank his family for their love, support and chauffeuring.

Lior Schwartz (Amahl, Thursday night and Sunday afternoon) is 11 years old and has spent most of his life singing. Since a very young age, he has studied voice at his grandmother’s Alla Schwartz Children Vocal Studio in Fair Lawn, NJ. Starting in Kindergarten, Lior regularly sang as a member of the choir and as a soloist with Temple Beth Sholom in New City, NY. He later joined the NY Children's Choir at Temple Sinai of Roslyn in Roslyn Heights, NY, where his parents Elena and Sergei Schwartz serve as Cantors. Recently, he debuted as a soloist with Temple Sinai’s professional choir, singing Leonard Bernstein’s Psalm 23, Chichester Psalms. Lior studies piano with Elena Kuzmenko and in 2015, he performed as a winner of the Royal Music Development Program at Carnegie Hall. Lior does not only enjoy music, but he is also a member of Island Fencing Academy team and Long Island Aquatic Club swimming team. He is a devoted soccer fan and an avid reader. Lior is proud to be the first United States born member of the Schwartz family, originally from the Former Soviet Union. He is very excited about his debut as Amahl with Opera Breve.

Opera Breve is thrilled to kick off its 2016-2017 with Gian Carlo Menotti’s holiday gem “Amahl and the Night Visitors.”

For tickets please email us at: [email protected].

BRAVA, Bonnie!!
Native Arkansan Bonnie Frauenthal, a soprano described as “beguiling” and an “exemplary performer,” was recently praised in La Scena Musicale for her role debut of Violetta in La Traviata with Dell’Arte Opera Ensemble. The article called her “a natural actress with a supple-voiced lyric sound, well-handled coloratura and a warm middle register.”

Upcoming she will be joining the company of Bronx Opera in January 2017 for Ralph Vaughan Williams’ version of the Falstaff story, Sir John in Love. Bonnie has also graced the stages of Aspen Opera Theater, Opera in the Rock, Opera in the Ozarks, Opera Breve, Utopia Opera, and Main Street Opera. Some past favorite performances include Mimi in La Bohème, Pamina in The Magic Flute, Lauretta in Gianni Schicchi, Nedda in I Pagliacci, Donna Anna in Don Giovanni, the title role of Gilbert and Sullivan’s Princess Ida, and Nella in Gianni Schicchi, .

In spring 2016 she was a featured performer at “Into the Blue,” a benefit recital with guest speaker President Bill Clinton. Additional honors and awards include the Trudy Oliphant Encouragement Award in 2012’s Tulsa District’s Regional Met Competition, New Horizons Scholarship at Aspen Music Festival, Finalist in the Northwestern University Concerto Competition, and third place winner of the Crescendo Music Award.

Here is the article regarding Jianan Huang's win at the MET Council in Kentucky District!!
Way to go, Jianan!!
http://www.kentucky.com/entertainment/music-news-reviews/article114433703.html

University of Kentucky tenor Thabang Masango and Indiana University mezzo-soprano Courtney Jameson and baritone Jianan Huang were winners of the Kentucky District round of the 2016-17 Metropolitan Opera National Council Auditions.

Opera Breve congratulates Jianan Huang alumni of OBVI on winning the District round of the MET competition in Kentucky.
Jianan was a participant in OBVI for two Seasons. We wish him the very best for the next round! 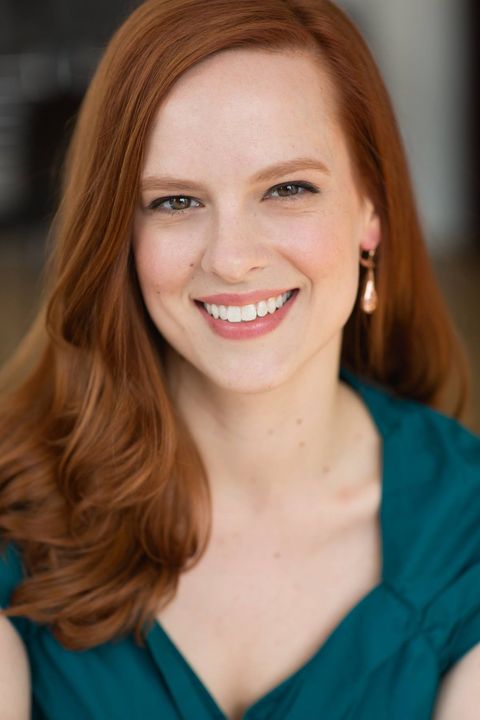 More INCREDIBLE OB Alums......
Soprano Kathleen Farrar Buccleugh, described as “purely lovely” and “delightfully touching” by The Tuscaloosa News, is an accomplished young artist with a performance history reflecting her versatility in opera, oratorio, musical theatre and recital repertoire. This season she makes two company debuts: Ines in Il trovatore with St. Petersburg Opera in October, and Giannetta (Adina cover) in L’elisir d’amore with Opera Birmingham in March.
She has been featured on stage with Opera Breve as Susanna in Le nozze di Figaro and Despina in Così fan tutte.
Ms. Buccleugh was seen last season as Rose Lennox (Lily cover) in Red Mountain Theatre Company’s The Secret Garden and was a soloist in pop-up concerts with Opera Birmingham. She also performed scenes as Sophie (Der Rosenkavalier) and Lakmé with Opera Breve at OPERA America’s National Opera Center in New York City. In 2014-2015, she made a role and company debut as Frasquita in New Rochelle Opera’s Carmen, and she performed Giannetta and covered Adina in Atlanta-based Peach State Opera’s The Elixir of Love. Ms. Buccleugh additionally covered Margot in Romberg’s operetta The Desert Song with Birmingham Music Club. Keep up with Ms. Buccleugh via: www.KathleenFarrarBuccleugh.com and https://www.facebook.com/KathleenFarrarBuccleughSoprano/

More AMAZING Alums.........
Stephanie Sanchez, mezzo soprano, just returned from a summer as a festival artist with Opera Theatre of Saint Louis where she performed the role of Dryad and covered the role of Composer in Strauss’ Ariadne on Naxos. This was Ms Sanchez' third consecutive summer with Opera Theatre of Saint Louis. Other roles there include 'A Young Girl' in La Rondine and 'Sister Mathilde' in Dialogues of the Carmelites. Ms Sanchez is currently finishing her Artist Diploma at Rice University where she has performed the role of ‘Rosina' in Il barbiere di Siviglia and was the mezzo soloist in Mahler’s Songs of Wayfarer with full orchestra. She also recently won first place in the Young Texas Artist Music Competition and was a grand finalist in Opera Connecticut’s Opera Idol Competition. This spring, Ms Sanchez is excited to be joining Sarasota Opera as a studio artist. There she will be covering the roles of ‘Isabella' in L’italiana in Algeri and 'Madame de Croissy' in Dialogues of the Carmelites. Ms. Sanchez performed the role of Lucy Perez in Opera Breve’s production of Hotel Casablanca in 2013.

Today's Alum Spotlight: Caroline Tye, mezzo-soprano
The past year has brought on a lot of thrilling challenges for Caroline! She made her debut with Saint Petersburg Opera in Fall 2015 as Mercedes while covering the title role in CARMEN, performed the title role in Utopia Opera's DIDO AND AENEAS, and then had a spring filled with Cinderella: she debuted her first time performing the title role in Bronx Opera's production of LA CENERENTOLA, and then turned around to play the evil stepmother Madame de Haltière in Massanet's CENDRILLON! This summer gave her the opportunity to perform the title role in CARMEN with Delaware Valley Opera under the direction of Carol Castel, and this fall she looks forward to again playing the role of Mercedes in CARMEN, this time with Long Island Opera. Next year she officially becomes a crossover artist, returning to Saint Petersburg Opera to play The Baker's Wife in their musical theater production of INTO THE WOODS.

Opera Breve is thrilled to launch its 2016-2017 Season! We will be auditioning for all productions on September 26th. All productions and rehearsals will be held in New York City and the Tri-State Area.
Proposed Productions include, but are not limited to:
Amahl and the Night Visitors- Winter 2016
Children of Eden- Spring 2017
Carmen- BREVE Style- Spring 2017
Audition Date: Monday, September 26, 2016
Time: 6:00-10:00pm
Location: Ripley-Grier Studios (UWS) 131 West 72nd Street New York, NY 10023
Please note: if you are not available to audition in person in NYC, please email a resume, head shot and a recording to [email protected] and you will be considered for our season. The deadline for all audio/video submissions is October 1st.
For those auditioning in person:
1. Email us at [email protected] with your top three time preferences for September 26th. Shortly thereafter you will be notified of your audition time slot.
2. Bring 2-3 contrasting arias, along with one piece of musical theater, should you be interested in Children of Eden.
3. Please bring a hard copy of your resume and head shot.
4. There is no audition fee; an accompanist will be provided.

Be the first to know and let us send you an email when Opera Breve posts news and promotions. Your email address will not be used for any other purpose, and you can unsubscribe at any time.

Send a message to Opera Breve: