Founded by Jen Rudolph. Featured in FORBES. Community, AGR Accelerator Online Workshops, the 2% Signature System™ and more. The Actor’s Green Room (founded by CEO Jen Rudolph) is a collective of incredible actors and creatives from all of the world.

AGRtists are passionate about creating the careers of their dreams. We believe that “a rising tide lifts all boats” and in the power of community. We connect actors and industry from all of the world via the AGR Accelerator, our membership program which offers the world’s first online interactive workshops and the ability to audit every single one of them. We believe that the holistic aspects of b

AGRtists are passionate about creating the careers of their dreams. We believe that “a rising tide lifts all boats” and in the power of community. We connect actors and industry from all of the world via the AGR Accelerator, our membership program which offers the world’s first online interactive workshops and the ability to audit every single one of them. We believe that the holistic aspects of b

When Giorgio came to us, he hadn't booked in a long time. Within 2 months of us working together...

SO PROUD OF YOU, GIORGIO!!! xo

My 2% client/close friend/colleague @RobyneParrish giving that look after she got to spend the day on set working opposite a gigantic Oscar-winning A-Lister. The role? A 🎯 for her entry point.

Robyne teaches scene study and is the ultimate monologue matchmaker. 2% approved. Get at her.

And just like that... 2% client Taylor D Martin booked her first Co-Star after 6 months with us 🔥 #proudsharkhere!

Celebrating 2% Collective client Candy Santana 🔥🔥🔥
🎯 A Co-Star booking that’s precisely one of her Entry Points
✍️ Getting signed by a new manager
🎭 Over 200 auditions
This is how we do it!

🎯 Our 2% Collective clients make very strong impressions on CDs
…they beat out 500+ people per role
…they collapse their timelines by years
…they book quickly and with ease
So proud of you @eileenmnoonan!

When 2% client Sharon Blynn came to us she was STUCK. Although she had a gorgeous role as “Soren” in CAPTAIN MARVEL … She hadn’t booked in a very long time. SHE WASN’T EVEN GETTING AUDITIONS.

So…
🔥 We revisited her Entry Points/strategy and we went very specific
🔥 Sent her to @AmandaLerner for Headshot Prep
🔥 @jenrudolphagr personally chose her new headshots
And now…
🎯 Sharon just booked a HUGE STUDIO SCI-FI FEATURE FILM (a bullseye match for her Entry Point) and is under strict NDA.

Want to get an inside look at the EXACT process behind how @missnatalieroy booked NBC's THE BLACKLIST? In this masterclass, Natalie is going to pull back the curtain on everything from receiving the audition and breakdown to the process of script analysis, taping, and booking.

@jenrudolphagr is co-hosting this epic $47 masterclass with Natalie on Wednesday, April 13th 2022 from 6PM-730PM EST on ZOOM. If you can't make it live, no worries! Register below and you will get the replay sent to you within 24 hours after the class.

❌ WRONG WRONG WRONG #saidwithlove. The 3 reasons you’re NOT booking off of self-tapes are:

1) You are making it YOUR audition and YOUR moment vs asking what the story needs and how to be of service to support the action or storytelling.

2) You are simply memorizing and taping the audition professionally and think that is enough - but without the right script analysis you will not book no matter what.

3) You are looking for the “right” way to do the scene vs. what a casting director is ACTUALLY looking for.

The kicker: Most of you will continue to take endless audition classes and workshops and hire audition coaches for nearly every self-tape audition and STILL NOT BOOK. The solve?

The April class is full, but @missnatalieroy is teaching this course once more May 10th-31st before going on maternity leave! DO NOT MISS OUT.

This is not an “audition class.” It’s not a “workshop.” It will diagnose WHY you’re not booking and give you the tools that will forever alter your self-tapes going forward.

In the past couple of weeks alone:

And of course... Natalie herself RECENTLY booked NBC's THE BLACKLIST using her own tools 🙂

If you're ready to get off the hamster wheel and book off of your self-tapes, email [email protected] and we'll connect you!

Here's the whole story, as told by Lauren herself: "I joined the 2% 90 days ago to optimize my packaging and as Jen says, move the needle forward. I was barely getting called in or only for things that I was not right for and felt like I was going in circles.

In 90 days, I redid my photos, website, and reel - a complete overhaul. On the 91st day, I booked an episodic targeted to my entry point without an audition - just off my reel! The CD even said my reel was excellent! I am on set next Wednesday and I have two scenes 😭🥰

I couldn’t have done it without the support and community of the 2%! Here is the photo by Ben Esner that I was cast as Detective from."

The actors who get called in and book work simply do the BASICS better.
Here’s a little peek behind the scenes of my 2% clients who you read about...
(PS: The pic is of me and my Director of Client Success Holly Moore and below is EXACTLY what we help our clients with)

Their careers aren’t complex. It’s not that complicated. The mark of a 2% client is — simplicity.

➡️ They aren't going to a million classes. Their Entry Points don't change every week. They don’t have 15 different headshots. They aren’t stuck on Actors Access, Casting Networks, and so on all day long. They aren't throwing spaghetti at the wall.

➡️ And they’re getting the auditions you don't see on the above websites, getting callbacks, booking Co-Stars, Guest Stars, Recurring, and getting signed by agents and managers with or without credits.

Resist the need to get crazy and just focus on these 4 things:
✔️ Have 2-3 really well defined, specific Entry Points
✔️ Know how to communicate these Entry Points via an airtight strategy and killer media and make sure it lands with your buyers (CDs) and reps
✔️ Do this with conviction, clarity, and consistency
✔️ Then, show up and deliver like an A-Lister.

Resist the urge to be all things to all casting directors. Resist the allure of complexity. Master everything above... And watch how fast you get called in and book and get signed or reignite your relationship with your rep(s).

The road to success is paved with SIMPLICITY ✨

🔥 When your 2% Collective client books a RECURRING role on an NBC series and now an Apple TV+ project within 90 days of implementing the strategy you gave him. So proud of you Eric R. Williams!!

Natalie Roy practices what she preaches! She booked The Blacklist directly off her self-tape 🔥

If you haven't taken Natalie's 2% Booking Method yet... You are missing out on WHY you aren't booking off of self-tapes.
In the last 2 weeks, almost a dozen of Natalie's clients either booked Co-Stars and above or aired in Co-Stars and above in what she coached them on.
Take this woman's class before she goes on maternity leave in June.

Take the emotion out of it, redo and boom goes the dynamite 🧨🔥 #successhappens

🔥 Andddd the hits just keep on coming!!! Congratulations to alumni client Tess Paras who just booked a Series Regular on an ABC pilot!

✨ How would you like to work with us and @jenrudolphagr for 30 days for FREE? ✨

You have been reading about the ridiculous success stories that are coming out of the 2% Collective. We have 30 day, 90 day and 6-month containers that help our clients collapse time and become part of the 2% who get called in and book.

We are giving one month inside the collective for free to ONE lucky person. How to enter to win:

Tonight, Tuesday, March 22nd at 8 PM ET, we are hosting a ZOOM workshop called The 2% In Action: How Brian Soutner Went From Zero to Getting Signed and Booking a Co-Star in 6 Months. **BE THERE LIVE. A replay will be available but only those who attend LIVE are eligible to win**

@Jenrudolphagr is going to break down the process of how one actually gets results and take you through someone's entire journey. Step by step. Moment by moment. There are no shortcuts or quick fixes but there is a process that works.

Case in point: When Brian Soutner joined the 2% Collective, he had sub-par packaging (if any), no credits, and no representation. Within 6 months of getting his marketing and packaging dialed in, Brian got signed without having any major credits and booked the FIRST audition he received: A Co-Star on an NBC series.

In this interview, Brian and Jen are going to break down the exact steps he took that resulted in collapsing his timeline from what could have easily taken 6 years to 6 months.

To register: bit.ly/BrianAGRZoom (link is case-sensitive)

Be the first to know and let us send you an email when The Actor's Green Room posts news and promotions. Your email address will not be used for any other purpose, and you can unsubscribe at any time.

Send a message to The Actor's Green Room: 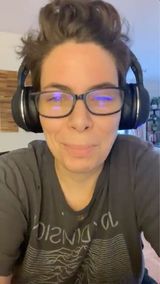 Need footage? Look no further than the AGR Video Experience. . "Thrilled to bring you another scene I shot with REELARC. I can’t thank them enough. Again Jen Rudolph. I’m so grateful that you helped me embrace my unique type, and for setting everything up with ReelArc. Thank you Tom Lapke for being so open to this unique concept. And Marcus Troy. I’ll join your cult any day. You absolutely killed this role. Thank you Jackie Wooley and everyone at ReelArc."- AGRtist Bryn Berg

Having video footage is essential for every actor. Whether you are just starting out and don't have reel footage and/or want to add to your existing reel, look no further. "Cannot say enough great things about the REELARC team. Check out this incredible footage. Thank you Jackie Wooley and the entire team for bringing me on board and being a joy to play with!"- AGRtist Sarah Nedwick http://bit.ly/AGRVideoExperience #reelarc #theAGRexperience #AGRVideoExperience #thinklikeaCEO #elevateyourcareer #success #signaturesystem #levelup #allin

A few weeks ago AGRtist Bryn Berg BOOKED a REELARC scene through The Green Lounge! What are you waiting for? AGR and Reel ARC have partnered up to bring you EXCLUSIVE free casting breakdowns for free REELARC scenes! As a member of our Facebook group The Green Lounge, every Monday you get exclusive free access to free casting breakdowns for REELARC scenes (pinned as an ANNOUNCEMENT). When you get cast in a Reel ARC scene via Moodcaster (Which you can find right here), you will get a FREE cinematic scene for your reel! A $599 value completely FREE just by being part of The Actor’s Green Room! http://bit.ly/AGRGreenLounge #ifyoubuildit #community #motivation #theAGRexperience #thinklikeaCEO #beashark #bookedit #network #reelarc #breakdowns #community # 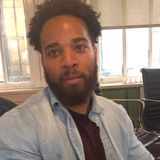 A Series Regular on a Netflix series starring Renee Zellweger and I sharkfied his marketing and packaging! 🦈 Want my help? jenrudolph.com 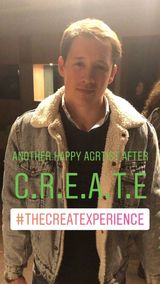 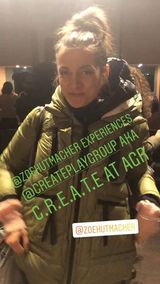 Zoe talks about her CREATE experience 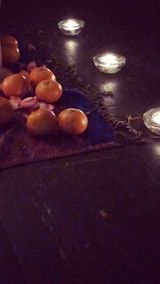 Join Natalie Roy for this once a year event, a night of ritual, meditation, journaling and quiet practice of tuning in and receiving the messages your inner muse has for you. Clear your path. Set your intentions. Begin anew. https://www.theactorsgreenroom.com/ny-classes-intensives/2018/1/1/new-year-puja