Transmultimedia is a creative services agency that combines world-class design with cutting-edge technologies in order to deliver engaging online experiences.

Airing in 1973 and making national stars out of the Loud family, it is now considered the first reality TV show. It had people buzzing then, and fighting. 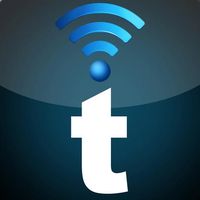 NEW YORK, NY -- Michael has received two Emmys and one Emmy nomination for his work and is an eleven-time recipient of the American Society of Composers, Authors and Publishers' prestigious "Most Performed Television Theme" award and the winner of the "Special Distinction" award for "Affirmation for Strings", a work for the concert stage. From works for large orchestra to solo instruments - such diverse music as rock, pop, rhythm and blues, alternative, punk, rap, hip-hop, jazz, world and classical - Michael's music transcends all styles and genres.

Having created music for all the major broadcast networks as well as many of the national cable networks, independent and affiliated stations and major broadcast syndicators, Michael brings a unique blend of experience, creativity, vision and understanding to his work - always striving for that perfect complement - when music and visuals combine to create a truly magical experience.

Elmore Leonard, one of the most popular and admired authors of his time, wrote more than forty novels and dozens of short stories. Among his many NY Times bestsellers: Tishomingo Blues, Glitz, Get Shorty, Maximum Bob, and Rum Punch. Unlike most (so-called) genre writers, however, Leonard is taken seriously, indeed, by those in the literary arena. This documentary film from Transmultimedia Entertainment is Produced/Edited by Richard Zampella and Written/Directed by John Mulholland. Craig Gilbert is Executive Producer and Campbell Scott narrates.

Elmore Leonard: But Don't Try to Write is finishing up post production. Elmore Leonard’s life, his works, his place in the American literary pantheon, is the subject of this new documentary. Central to the film, adding depth and resonance, is more than half-an-hour of never-before-seen interview footage with Leonard in which he analyzes and discusses how he started, why he wrote what he did, how he arrived at his lean, terse minimalist trademark. Narrated by Campbell Scott, Produced & Edited by Richard Zampella, Written & Directed by John Mulholland. Read More at: http://dickensofdetroit.com

An award-winning sports columnist, and participant in the Elmore Leonard documentary, Mike Lupica has continued the Sunny Randall series started by his longtime friend, the late Robert Parker with “Blood Feud”. This is Lupica's first Sunny Randall novel but the seventh in the series. In this tale, the private investigator must protect her ex-husband and his Mafia family from the vengeful plan of a mysterious rival. #mikelupica #elmoreleonard #documentary #oncameraparticipant

Richard Zampella at Transmultimedia designed, built and re-opened the market Nicholas and Carmela Merola opened in 1930 in the tiny Long Island hamlet of Point Lookout, NY. The Food Mill continues the tradition of operating a community market recalling an era celebrating value and quality. http://foodmillny.com/richard-zampella.html

Situated upon a hill top, one thousand feet above the sea and two hundred feet above the surrounding country, Idylease commands broad and beautiful views of forests and fields, a delightful spot for country ease or country rest as the name implies.

This beautiful, immaculately clean, healthy market is a great place to run in and get fresh produce or have healthy meals prepared to order.

Motion Graphics for The Food Mill in Point Lookout, NY

Video teaser for the Food Mill in Point Lookout, NY. After Effects by Richard Zampella at Transmultimedia

When Kirk Douglas, several years ago, happened to hear that we were putting together a documentary on the friendship between Ernest Hemingway and Gary Cooper, he got in touch and told us about a letter he had written to Gary Cooper. Gracious and modest gentleman that he is, Mr. Douglas enquired if we had any interest in the letter. When we responded immediately in the affirmative, he then offered to read the letter on camera for the documentary. What appears in The True Gen is an edited version. Here, in our tribute to Mr. Kirk Douglas on his 102nd birthday, is Mr. Douglas reading the letter in full, unedited.

From all of us at Transmultimedia,

Cooper & Hemingway: The True Gen is Available on DVD and in a Collector's Edition Blu-Ray DVD Box Set!
Visit http://www.chiptaylor.com/cooper_hemingway_the_true_gen2.html

Cooper & Hemingway: The True Gen is written/directed by John Mulholland. Narrated by Sam Waterston with Len Cariou as the voice of Ernest Hemingway. Produced by Richard Zampella

Kirk Douglas reads letter he wrote to Gary Cooper in 1962 for the documentary Cooper & Hemingway: The True Gen. When Kirk Douglas, several years ago, happene...

Idylease: Wishing that the good things in life be yours in abundance, not only at Thanksgiving but throughout the coming year. Celebrating our 115th Thanksgiving Day.

Saturday, November 10 at 7pm ET on C-Span3
Sergeant York: The Man & the Movie
Alvin York earned the Medal of Honor for his action in WWI, and in 1942 Gary Cooper won an Oscar for his depiction of the man from Tennessee. Guest include: York's grandson, Col. Gerald York, and film historian John Mulholland. Program includes Movie Clips. #WWI,#alvinyork,#cspan, #sergeantyork,#johnmulholland

Broward Limousine has Been Nominated as The Best Limousine Service, Best Party Bus and Best Wedding Transportation on Long Island for 2018. www.browardlimos.com

Today marks the 118th birthday of Ernest Hemingway. Feeling fortunate that through producing a documentary on him, I was able to appreciate the side of Hemingway that few have taken the time to see. Many American men were influenced by Hemingway's lifestyle throughout the 40s & 50s. I know that my dad was. He would have been delighted to know that I played a small role in perpetuating this honest portrayal of the Hemingway legacy. Thanks always to writer/director John Mulholland for his quiet wisdom to see this project through. http://cooperhemingway.com/blu-ray/ #ErnestHemingway

Blu-Ray Release of Cooper & Hemingway: The True Gen on the Anniversary of Ernest Hemingway's Birthday on July 21, 2017

Narrated by Sam Waterston, Cooper and Hemingway: The True Gen is a documentary that focuses on 20 year friendship between writer Ernest Hemingway and actor Gary Cooper. Written/Directed by John Mulholland. Produced by Richard Zampella. The film features interviews including: Elmore Leonard, Kirk Dou...

John Mulholland is an award-winning writer and documentary filmmaker known for telling the untold stories of Hollywood legends, American culture and the ...

#RobertOsborne … Unique. Nope, his like won’t soon again pass this way. First time we met, Bob an on-camera participant in a doc. One of those blistering only-in-NYC days. Wicked. Heat from the overhead lights doubling down on the temp. No AC, mic picked up the whir. Bob drenched, I mean drenched. Never a word, a complaint, wiping his face with cool damp towels. Bob refusing breaks. A pro. Never losing his warm delivery, wonderful smile. His comments integral to the doc.

That smile … Kennedy’s, bar on 57th, between 8th and 9th. Of a sunny Spring day. I come out of Kennedy’s rich, delicious mid-day darkness, blind-sided by the bright sun. Eyes adjusting.
“John! So this is how you spend your days.”

That voice, only one like it. Turn around, and Mr. Osborn standing there. Bob’s warm and welcoming smile, deeply welcoming.
“Hey, Bob. How about we go back in, get out of this brutal light.”
Course, we didn’t. But I know, I just know, one of these days, and soon, as I’m ambling around the west side of Manhattan, Bob will be there. Bob and his warmth and his grace. I know it.

For Bob Osborn, like Paris, is a moveable feast.
- John Mulholland, writer/director
www.cooperhemingway.com

Congratulations to Transmultimedia Clients Broward Limousine (Best Wedding Party Bus on Long Island) and The New York Soup Exchange (Best Soup on Long Island). Together we got the vote out and they were selected as first place winners for The Best of Long Island Contest. Richard Zampella at Skipperdees also received the nod as the Best Ice Cream on Long Island. https://bestof.longislandpress.com/winners/

Richard Zampella is a documentary film producer who along with Writer/Director John Mulholland has created content for Warner Home Video and Paramount Pictures.…

Preservation is defined as the act or process of applying measures necessary to sustain the existing form, integrity, and materials of an historic property i...

Alphie McCourt … a guy of singular warmth, with a wit so sly –
"did I hear that right?!?" -- ratcheted off 17 degrees …
Alphie, you’ll forever be ambling along West 71st, down all the days … for you are not gone, merely a long stone’s throw near.

See you there, man,
John Mulholland

Incredibly saddened to learn of the news of Alphie McCourt passing. He was a wonderful man. We recently interviewed him for the documentary Elmore Leonard: The Dickens of Detroit. Always a great supporter and friend. His wit and genuine kindness will be missed.
http://www.irishtimes.com/news/ireland/irish-news/writer-alphie-mccourt-dies-aged-75-1.2708882

Mike Lupica swings by this morning after his appearance on MSNBC's Morning Joe for The Elmore Leonard Documentary Interview: The Dickens of Detroit. Special thanks to Gregg Sutter #elmoreleonard #mikelupica
http://www.dickensofdetroit.com

Washington, DC – April 23, 2016 – Elmore Leonard was personally and professionally a huge influence on author Neely Tucker who is a staff writer for the Washington Post Sunday Magazine. Tucker has reported from more than 50 countries around the world and from two dozen of these United States. He is the author of “Love in the Driest Season.” A native of Mississippi, he now lives with his family just outside of D.C. He is an embarrassingly huge fan of Mississippi State and the New Orleans Saints. #elmoreleonard
http://www.dickensofdetroit.com

Be the first to know and let us send you an email when Transmultimedia posts news and promotions. Your email address will not be used for any other purpose, and you can unsubscribe at any time.

Motion Graphics for The Food Mill in Point Lookout, NY

Video teaser for the Food Mill in Point Lookout, NY. After Effects by Richard Zampella at Transmultimedia