It was founded by Eddie Vega, Cort McMeel, and Alan Ward Thomas in 2011.

A stunning development in crime fiction: Otto Penzler has not been renewed as series editor of Best American Mystery Stories of the Year.

Was it a dispute over editorial taste and direction? Or are there unseen tidal forces and winds that will push and tug every ship of literary noir into the Bay of Nouadhibou?

To be sure, all ships in time founder or end up there. Or they get turned into reefs or museums. Nothing changes but the details.

Mr. Penzler, wherever you go, may you always have fair winds and a following tide.

The star to steer by... that, you've always had.

Noir Nation: International Crime Fiction updated their information in their About section.

Noir Nation: International Crime Fiction updated their information in their About section.

Soon after its launch in 2011, Noir Nation became the globally recognized home of international crime fiction. Its content is often dark, sometimes creepy, and sometimes humorous but always at the service of the literary imagination as it explores the darker regions of human experience—where weak writing is the only crime.

Soon after its founding in 2011, Noir Nation: International Crime Fiction became the globally recognized home of international crime fiction. Its content is often dark, sometimes creepy, and sometimes humorous but always at the service of the literary imagination as it explores the darker regions of human experience—where the only crime is weak writing.

While continuing its contribution of prose fiction to the noir canon, No. 7 is our first issue to publish original noir poetry, some by way of the Golden Fedora Prize (more about that here: http://bit.ly/2Gdr7UC)

Nonfiction by Michael Gonzales; and a staff interview with police detective and writer George Beck

Soon after its founding in 2011, Noir Nation: International Crime Fiction became the internationally recognized home of crime fiction. With this issue, it will also be a home for noir poetry. Noir Nation’s content is often dark, sometimes creepy, and sometimes humorous but always at the service o....

Noir—the Film, a project we are following. Currently, it's in post-production. From what information is available, the film will be an homage to the crime noir and horror film traditions, with a script that explores both.

We recall the efforts not long ago of Hotel Noir, an indie film with Carla Gugino and Rufus Sewall, actors who have become closely associated with the form. Despite their competent performances and the filmmaker's clear love for the form, the result was a higher-than-average Youtube original.

Noir—the Film does not have any actors with names familiar to anyone outside of Actors Equity or SAG-AFTRA, but the premise, the script, and the cinematography — from what we've seen of them — seem far more promising.

The Golden Fedora Prize celebrates noir literature by contemporary writers. The Golden Fedora is a medallion commissioned from the Northwestern Mint, the same mint that coins the Pulitzers, awarded to anonymous entries selected by The Editors. The prize will be awarded in several categories in different years: poetry, fiction, and film writing.

​In 2018 we considered well over 1,000 poems for the prize and so made individual responses a near impossible task given the resources of a bantamweight independent journal. For writers who submitted work, please know that your work was read carefully and thoughtfully considered, and given the high quality of material, we wish we could provide public recognition for a higher number of deserving writers. In the end, consistent with the nature of literary competitions, we had to make difficult choices. Here are they are in unranked categories.

The Golden Fedora celebrates noir literature by contemporary writers. The medallion, commissioned from the Northwestern Mint, the same mint that coins the Pulitzers, is awarded to anonymous entries selected by The Editors.

Unpublished poems in English up to 30 lines in any style or form that are either darkly themed or where a crime occurs. Each poem will be judged separately and read anonymously.

Do not include the writer's name or any identifying information in the submitted documents. That information, the titles of the poems, and biographical information can be included in the Submittable cover letter.

Poems in other languages are fine but only if submitted with translations, both of which would be published if among winners and honorable mentions.

Poems must be submitted electronically on Submittable.

Medallions to top three works. There are no first, second, or third places. There is only one place: Golden Fedora winner.

Medallions will be awarded to the top three writers engraved with their names, category, and year of award. Winning entries and all Honorable Mentions will be published in a special poetry issue of Noir Nation with standard $10-$50 honoraria depending on number of entries published (we hope to publish more than one poem by entrants). All submissions are considered for publication.

To find out more or to submit, click on the coins below.

Andrey Henkin reading "Every Note Counts" at Spoonhill & Sugartown Booksellers. The story was published in Noir Nation No. 6. 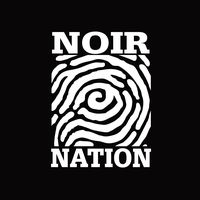 As part of our return to publishing quality international crime fiction, we have redesigned the Noir Nation website. Take a look, and if you are thinking about submitting work or competing in the Golden Fedora fiction competition, be sure to sign up for the newsletter, which will be our most direct form of communicating with writers and those who want to read them.

Noir Nation No. 6 continues the crime noir tradition by circling back to its 20th Century jazz roots. This issue, with 14 writers, including widely published powerhouse Gary Phillips, and Tatiana Eva-Marie, who is publishing her first story, addresses jazz and crime, jazz and temptation and the startling impulses that give them life and genius. As famed tenor saxophonist Sonny Rollins said, “Music represents nature. Nature represents life. Jazz represents nature. Jazz is life.” So too is Noir a kind of view of life—raw and stripped of pretense, with dark emotions fueling even darker obsessions. There are no words that better describe Noir Nation. Renato Bratkovič at the Irish Haven

Renato Bratkovič at the Irish Haven, where some now famous scenes from Martin Scorsese's Oscar-winning crime film The Departed were shot. 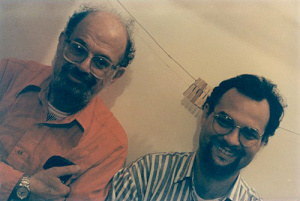 Eddie with Allen Ginsberg PDB) How and when did you and Cort McMeel first meet up? EV)I met Cort in Ireland in 1992. We were attending lectures at the Yeats International Summer School in Sligo. Pi...

Look for us on Amazon.

Be the first to know and let us send you an email when Noir Nation: International Crime Fiction posts news and promotions. Your email address will not be used for any other purpose, and you can unsubscribe at any time.

Hi, Mr. Vega, I'm just wondering if you guys are still publishing as I haven't seen any updates in a while.
With the 3rd in the series launching as pre-orders on Friday, why not read the first two in the series for free? Angkor Away is available free until Thursday. Angkor Tears available free from tomorrow. If you like it, please leave a review!