The official page for The Tour at NBC Studios at 30 Rockefeller Plaza See the studios where your favorite shows are made, like Saturday Night Live, The Tonight Show Starring Jimmy Fallon, Late Night with Seth Meyers, NBC Nightly News with Lester Holt and more.

In addition to exclusive studio access, an NBC Page will guide you through the historic halls of 30 Rockefeller Plaza where you’ll get a behind-the scenes look at the TV production process. You’ll learn about scriptwriting, producing, and the ways TV content reaches your home. Then, experience it all firsthand as you visit our Tour Studio and produce your own show that you can download for free to

In addition to exclusive studio access, an NBC Page will guide you through the historic halls of 30 Rockefeller Plaza where you’ll get a behind-the scenes look at the TV production process. You’ll learn about scriptwriting, producing, and the ways TV content reaches your home. Then, experience it all firsthand as you visit our Tour Studio and produce your own show that you can download for free to

It’s the end of the month, so it’s time for another #PageProfile! This month, we chatted with NBCU Page & Ohio native Brooke M. Give her a shout out in the comments 📣 Spotlighting Michelle T. from the NBCUniversal Page Program for June’s #PageProfile! Recognize Michelle from a past #NBCStudioTour? Shout her out in the comments! 📣

‪Wishing a happy #Pride to all our friends here in NYC & across the world celebrating today! ❤️🧡💛💚💙💜‬

#TBT to one of our former shows, “Concentration”, which was filmed right here in 30 Rock! Any guesses as to which studios it was filmed in? There are a few! Hint: if you’ve taken the #NBCStudioTour, you may have visited one of them!

Get to know Joshua B. from @nbcupageprogram in this month’s #PageProfile! Recognize him from your visit to the #NBCStudioTour? Give him a shout out! ⭐️

Can you say extreme throwback? Check out the sign in the top left corner of this photo from 1962! 🎙📻 #NBCStudioTour

Featuring Katie A. from the NBCUniversal Page Program in this month’s #PageProfile! Recognize Katie from a past #NBCStudioTour? Shout her out in the comments! 📣

To brighten up your Monday, here’s a Tour and The Shop at NBC Studios bingo card for you! Full template is in our IG stories - don’t forget to tag us! Ending March with a #PageProfile featuring native New Yorker & @notredame alumna Courtney B.! Recognize Courtney from a past #NBCStudioTour? Shout her out in the comments! 📢

Share snapshots from your last visit to our Tour Studio with #NBCStudioTour - we might just feature you!
⠀⠀⠀⠀⠀⠀⠀⠀⠀⠀⠀⠀
📸: christymsheffield / IG

A peek into production at 30 Rock back in the ‘70s with Johnny Carson! Studio 6B looks quite different nowadays... #NBCStudioTour

We are loving this shot of our world-famous marquee! #NBCStudioTour 😍

Join us on the #NBCStudioTour for your chance to sit at @jimmyfallon’s former desk in our Tour Studio! 🤩

Posted @withregram • @tiffanycartagena_ Highlight of the week: having the opportunity to tour the NBC Studios at @rockefellercenter !!🤩🎤✨ It was so cool being behind the scenes and learning more about how some of our favorite TV shows are produced.🥰// And yes, I’m sitting at @jimmyfallon old desk in the last picture.🙈💓🤪

Throwing it back to John Mulaney’s last time hosting Saturday Night Live. Like if you’ve seen this studio with your own eyes on the #NBCStudioTour! 👀

Meet NBCUniversal Page Program East Coast Page, Guneet. In honor of The Voice returning tonight, we snapped a pic at #TheVoice chair inside The Shop at NBC Studios for this month’s #PageProfile! 🎤

Headed to see us for #ValentinesDay? Leave a ❤️ in the comments. #NBCStudioTour

Get out of the 🌧 and on to a Tour! We’ve got availability this week in person and on our website: www.thetouratnbcstudios.com 🎟 A can’t miss experience on your next trip to NYC. See you soon? #NBCStudioTour 🎟

Always wanted to be in front of the camera? Host your own late night talk show on the #NBCStudioTour! Get tix & more info at the link in our bio. #BehindTheScenes #LateNight #NBC

The reviews say it all. Go behind the scenes with us at 30 Rock - get your tickets today! #NBCStudioTour

Heading to #NYC this weekend? Get the perfect shot as a camera operator 🎥 in our Tour Studio! Get your 🎟 🎟 at the link in bio. #NBCStudioTour

#TBT to Adam Driver delivering his opening monologue in 2016 in Studio 8H, home to #SNL and frequent stop on the #NBCStudioTour! Who’s watching this weekend?

Headed to The Tour this winter? Don't forget to take a pic at The Shop at NBC Studios' #TheOffice Michael Scott desk while you're waiting to go behind the scenes!

“IT’S HAPPENING! EVERYBODY STAY CALM!” - Michael Scott, Stress Relief, Season Five (and also us when The Office set returned to The Shop today)

Come on by and snap your pic as the #WorldsBestBoss 📸

Your first stop on the #NBCStudioTour: our state of the art screening room! Double tap if you plan on joining us on The Tour in 2020 🎟

Posted @withregram • @the_mr_carr The NBC tour was completely fascinating! A real treat to get to see the Saturday Night Live studio amongst others .

Calling all tour leaders... looking to book a group in 2020? Message our group sales page The Tour at NBC Studios Group Sales with any questions or just give us a call directly at (212) 664-3700!

Ready to make some TV magic in our Tour Studio? ✨

If you’re in #NYC, don’t miss out - be sure to join us on the #NBCStudioTour! Tix are available here: http://bit.ly/2sds7my 📺

Be the first to know and let us send you an email when The Tour at NBC Studios posts news and promotions. Your email address will not be used for any other purpose, and you can unsubscribe at any time.

Send a message to The Tour at NBC Studios: 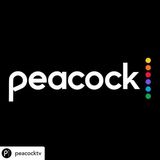 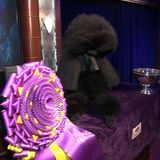 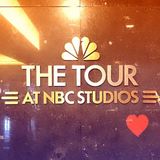 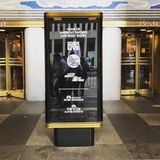 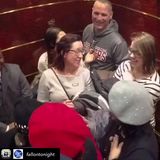 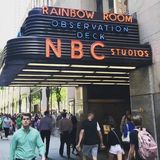 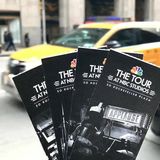 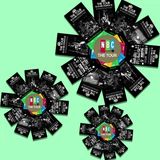 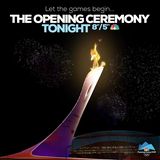 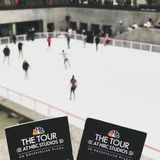 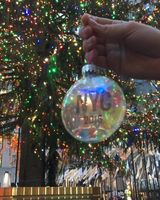 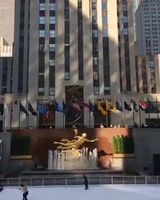 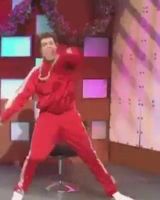 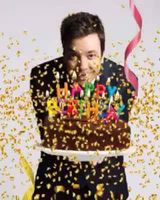 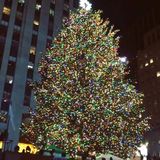 Any ideas when tours will resume? Anxiously waiting!!!!
My 14 yo daughter is obsessed with Lester Holt and watches him nightly (to see what color tie he is wearing and where he is broadcasting from). When will live tappings happen again or is it possible to schedule a meet/greet with him? Thank you!
When is the tour resuming?
NYC Friends! Bid NOW on this silent auction item that entitles you to an All-Access Tour of NBC Studios. Up to 7 guests will be granted access to areas of NBC historic studios not available to the general public...all while doing a good deed! On behalf of Partnership Against Domestic Violence, thank you to Ryan Michaelsen at The Tour At NBC Studios for your support. #givebacktothecommunity #heartswithhope #nyc #newyorkcity #domesticviolenceawareness
Our top educational sites in New York: 🖌 Art students The Metropolitan Museum of Art, New York 🎭 Theatre students The Tour at NBC Studios 🏛 History students The Statue of Liberty-Ellis Island Foundation, Inc. 🔬STEM students New York Hall of Science 💰 Business students Federal Reserve Bank of New York http://bit.ly/2vfP2QB
Is it true that nbc is canceling all tours for March??
Another jam-packed few day for Tonyrefail Community School in NYC! 🍎 First, a studio tour at The Tour at NBC Studios before taking in views over the city at Rockefeller Center 🏙️ Tomorrow, they'll pay their respects at the National September 11 Memorial & Museum and enjoy a TV and Movie tour around the city #MSGStudy
Live from 30 Rockefeller Plaza: "Late Night, starring Dwight EAL students!" 📺 High schoolers got a behind-the-scenes look during The Tour at NBC Studios — and an on-camera opportunity to star in their very own show! #nycisourclassroom #beyondtheclassroom
Hello! How does one book next day or same day tickets? Thank you!
Had a great tour yesterday with Cassidy at 940am. At the end of the tour she mentioned getting standby tickets for The Tonight Show. We put our names in, got #42 and 43. Never expected to get in. However, we were two of the last 3 taken in. What a great time! Every single person we at NBC was absolutely great. Friendly and fun. Great end to our anniversary trip. Thanks to all of you.
Nothing is more iconic than Christmas in New York City. Will you be watching the tree lighting tonight? Luckily for you, I've written a guide for all the highlights to see, and how to save some money along the way. Including: Rockefeller Center The Rink at Rockefeller Center Top of the Rock NYC The Tour at NBC Studios Macy's Thanksgiving Day Parade The windows at Macy's Empire State Building Central Park highlights Fifth Avenue The holiday village at Bryant Park What's your favorite part? https://wanderlust-onabudget.com/christmas-in-new-york-city/
What are the chances of running into Jimmy Fallon while on a tour?