Honored and Proud to have played a minor role in helping Dermavant announce the FDA Approval of VTAMA for Plaque Psoriasis!

Just dug up Flu PSA we produced. Very appropriate timing... check video below and our website for more www.rcmmarcom.com, https://vimeo.com/69259371

This video was produced by Russell Cheek of RCM Broadcast Communications. 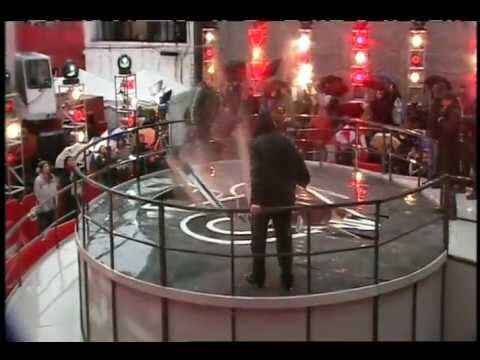 Pharma, yeah. But this too...
https://www.youtube.com/watch?v=pochbzmYGMQ 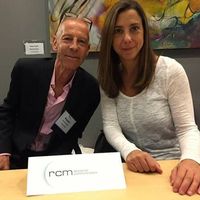 PR professional brings his expertise from Manhattan to Monmouth

The link below is an article in today's issue of The Asbury Park Press that discusses RCM's rebranding, an effort to provide marketing communications services to Central New Jersey small and medium-sized businesses. RCM Broadcast will continue to work with our Global PR/MarCom agency partners to provide our sub-specialty expertise in broadcast pr, and development and production of video products for social media, live webcasts, PSAs and all other things video related!!!

PR Foils, Foibles and Disasters January 24, 2018 ~ russell2053 I often think about the many unfortunate, unpredictable and sometimes outlandish things that happened during my early years of my public relations career. The simple fact is that the old saying “Man plans, God laughs” certainly appli...

What Facebook’s New Algorithm Could Mean for Marketers and Media

If you don’t live under a rock you’ve probably already heard about Mark Zuckerberg’s announcement that Facebook will be introducing (mandating?) a new algorithm for its News Feed element. The new algorithm is designed to prioritize “meaningful social interactions” over “relevant content” to help ensure that time spent on Facebook is time well spent. This comes on the heels of several studies and former Facebook insiders speaking out about social media’s addictive nature and the fact that passive consumption of social media can be detrimental to users’ mental health (Facebook acknowledged this for the first time in December), with some studies suggesting that it’s linked to anxiety, depression and poor sleep among young people.

These statistics seem it be in direct alignment with a comment made by former Facebook employee Sean Parker (played by Justin Timberlake in The Social Network) a few years ago in which he stated that Facebook is engineered to induce a dopamine hit to keep people hooked! And research seems to back that claim up with recent statistics indicating that the average person spends 50 minutes per day on Facebook, Facebook Messenger and Instagram.

But now Facebook wants to take a kinder, gentler approach by de-prioritizing videos, photos, and posts shared by businesses and media outlets, which no doubt has ad agencies, public relations/marketing communications firms (MarComms), digital content developers and social media specialty firms, scrambling to figure out their next move. The “new” prioritized News Feed on Facebook will also significantly impact media outlets who have come to rely heavily on users of the social network as a source for (and “sharing” of) news and entertainment.

In his post, Zuckerberg stated that “video and other public content have exploded on Facebook….” to the extent that some feel it is “crowding out” updates from friends and family. He neglected to mention Facebook’s direct involvement in that explosion. He must have forgotten about the claims that Facebook is not a publisher or media company when in fact, Facebook has paid media outlets producing videos for the site. The new move (prioritizing News Feeds) will likely have a significant impact on marketers as pay-for-play corporate sponsors and advertisers may very well soon be playing catch-up at an “away game” in an all new ballpark.

Some experts are predicting significant increases in ad costs for placing material on the network in addition to a significant decline in what (barely) remains of “organic” posts being seen, “liked” and “shared.” Add to that the already disappointing visibility that businesses and/or sponsored pages see in traffic, most often measured in followers, likes, etc., and we are now looking at a perfect storm that could ultimately lead to a sink or swim mentality among those who have relied so heavily on social media for the last several years.

With various marketing companies (ad agencies, PR firms, MarComms, and Social Media/Digital Media Content Producers) all vying for the almighty and elusive marketing dollar, it may force these companies to up their game by creating more engaging, entertaining and informative content AND increasing their sponsorship/ad spending and by putting significantly more money behind their SEO partners to get their brand messages seen by target audiences and then praying for the conversions they so desperately seek.

Russell Cheek is the Creative Director and Co-Founder of RCM Broadcast Communications, a broadcast PR, marketing, video production, social media content production, social and traditional media planning and buying agency. You can follow us on…. Where else…? Facebook!


We can also be seen on rcmbroadcast.com.

Off to Scotland for a 5 day shoot at ISPPD! Hooray!

Interesting article on the value of TV PSAs:

Happy Holidays to all my friends and marketing partners!

Be the first to know and let us send you an email when RCM Broadcast Communications posts news and promotions. Your email address will not be used for any other purpose, and you can unsubscribe at any time.

It was a pleasure working with you. Check out our page and feel free to leave a review Mystic Web Designs
x