We are proud to announce the signing of Emmy-winning director Lana Wilson for commercial representation. Transformative quests for meaning and humanity against the odds connect her diverse body of work across documentaries, short films, and episodic, including her latest hit, the Taylor Swift documentary Miss Americana. Welcome to the WSF family Lana Wilson! #wsf #wsfilms #director #taylorswift #documentary

Thrilled to announce that WSF will be back at the Sundance Film Festival (virtually) in 2021! Dash Shaw’s ‘Cryptozoo’ will screen as part of the NEXT programming #sundance2021 #sundance #films #wsf #wsfilms #production

Congratulations to our roster director Braden King, whose film ‘The Evening Hour’ was acquired by Strand Releasing for North American distribution. We’re excited for audiences to get to experience this poignant crime drama that takes an honest look at the U.S. opioid crisis with a tentative Spring release @truckstop @strandreleasing #wsf #wsfilms #director #film #filmdistribution #sundance

WSF’s @aaronvchap has released his new film Mr. 50. @aarongordon grew up dreaming he would one day win the NBA Dunk Contest. He was robbed of the title by judges after five 50’s! Check out this incredibly well made documentary steaming now on YouTube #mr50 #wsf #wsfilms #nba #dunkcontest #aarongordon #director #documentary #film

WSF produced “Save Yourselves!” releases official trailer. We’re very excited for this one! Coming your way in October. Check out the trailer on our website or @vulture #wsf #wsfilms #movie #saveyourselves

Kino Lorber has announced that 100% of all sales from the Abel Ferrara documentary “The Projectionist” will be donated to support local theaters. The film, produced by Washington Square Films, chronicles the life and career of Nicolas "Nick" Nicllaou, one of the last independent theater owners in New York. Indiewire calls the film "At once a walking tour of New York City’s evolving theatrical landscape, a history of moviegoing over the last 50 years, and a moving tribute to friendship, tenacity and movie love, ‘The Projectionist’ is an indelible tribute and timely paean to what going to the movies are all about.” Check out the article and trailer at @indiewire

After you’ve watched Contagion by Steven Soderbergh, check out the beautiful documentary we worked on with him about our dear friend and wonderful artist Spalding Gray. “And Everything Is Going Fine” is available for streaming on @amazonprimevideo and @itunes.

In honor of Carmen Herrara’s upcoming 105th birthday, Vimeo is making director @aliklay short the “100 Years Project” available to stream for free for a limited time! Also, check out Alison’s award winning features all available for streaming:
The Brink on @hulu
Take Your Pills on @netflix
Al Wei Wei: Never Sorry on @amazonprimevideo

Now that you tackled “All Is Lost,” check out four new shows from our clients and directors.

Zoe Kazan in “The Plot Against America” streaming on @hbo

Sophie Turner and Corey Hawkins fight for their lives in #Survive, teasing the gripping ‘Movies in Chapters’ project coming to the soon-to-be launched @quibi, helmed by WSF Director @markpellington. Based on the thrilling novel by Alex Morel, Jane and Paul have to battle a brutal wilderness after a snowy mountaintop plane crash. Watch the trailer here!

WSF is excited to announce that features “Save Yourselves!” and “The Evening Hour,” directed by roster director Braden King, have been selected for the 2020 Sundance Film Festival in the U.S. Dramatic Competition. Both films will hold their world premiere at the Park City, Utah event. The production joins a legacy of Washington Square Films premieres at Sundance, including The Sound of Silence (2019), Crown Heights (2017), Golden Exits (2017), Margin Call (2011) and many more. @sundanceorg @truckstop @beccafeinberg @albertfishhat @eleanormargaret @karadurrett #wsf #washingtonsquarefilms #sundance2020 #sundancefilmfestival #saveyourselves! #theeveninghour #parkcity #utah The trailer for #Colewell is here and releases on December 13th! You can pre-order on iTunes now, though it’ll also be on Amazon, Fios, and Comcast. Link in bio! #Colewell #washingtonsquarefilms #wsf #movie #production

WSF is proud to share that our latest drama #Colewell, directed by @tom_quinn, has been nominated for two Film Independent #SpiritAwards: one for Best Female Lead (Karen Allen) and one for the coveted John Cassavetes Award! #spiritawards2019 #washingtonsquarefilms #wsf #director #production #awardseason

WSF is pleased to announce our film, TOMMASO, will have its world premiere at the 2019 Festival de Cannes. Playing opposite the director’s own wife and daughter, Willem Dafoe is a Ferrara-like American artist living in Rome in this improvised drama of doubt and disconnection, shot in self-reflective documentary style.

Peter Sarsgaard Drama ‘The Sound of Silence’ Lands at IFC

WSF is pleased to announce that IFC Films has bought the U.S rights to "The Sound of Silence."

IFC Films has bought U.S. rights to Peter Sarsgaard’s drama “The Sound of Silence,” two months after its premiere at the Sundance Film Festival. IFC plans to release “The So…

Congratulations to director Lance Edmands, whose new short film, WHITEOUT, produced by Washington Square Films, will have its World Premiere at the 2019 Tribeca Film Festival. Stay tuned for ticket info.

We are pleased to announce that our documentary, The Projectionist, produced by WSF and directed by Abel Ferrara will have its World Premiere at the 2019 Tribeca Film Festival.

Welcome to the family Keith Rivers!

Rivers is an award-winning commercial director with a passion for uniting captivating visuals and anthem-driven narratives in his work across numerous genres. Be the first to know and let us send you an email when Washington Square Films posts news and promotions. Your email address will not be used for any other purpose, and you can unsubscribe at any time. 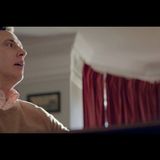 My Entire High School Sinking Into the Sea Trailer