Identifying disinformation (bogus or misleading news sources), and providing a technological means to inform the reader of same on Facebook and elsewhere.

Were attacks on Kamala Harris’ record on target?

Were attacks on Kamala Harris’ record on target?

Sen. Kamala Harris’ record as a prosecutor in California came under sharp criticism at last night’s Democratic presidential debate in Detroit, one month after Harris leveled attacks on former Vice President Joe Biden’s past decisions, helping her rise to a top-tier candidate in the race. Harri...

A meme on Facebook falsely claims that Democratic Rep. Elijah Cummings "wrote a bill to keep all of Obama's record sealed." That distorts bipartisan legislation dealing with the federal records of all presidents that Cummings introduced, which became law in 2014.

Full Fact has been fact-checking Facebook posts for six months...

Full Fact has been fact-checking Facebook posts for six months...

By LAURA HAZARD OWEN @laurahazardowen - Nieman Lab In December 2016, Facebook enlisted a handful of U.S.-based news organizations (ABC News, Snopes, PolitiFact, FactCheck.org, and the AP) to help stem the flow of false information on the platform. Over time, it’s expanded these third-party...

Fact Checking the 2019 State of the Union Address

Fact Checking the 2019 State of the Union Address

President Trump appeared in front of a joint session of Congress for the annual address. Here’s how his remarks stacked up against the facts.

People who claim that Snopes, Politifact, and Media Bias/Fact Check are biased are basically assholes. I see this accusation levied constantly in each’s comment feed. Some of these sites are better and more detailed than others, but they all publish clear mission statements and are generally rigorous about adhering to them, and getting to the truth. Not to say that one or all don’t infrequently get something wrong, but they are valuable, professionally run resources, and are quick to review and correct when they misfire.

Vice President Mike Pence said, "The caliphate has crumbled, and ISIS has been defeated." On the same day, ISIS claimed responsibility for a suicide blast in Manbij, Syria, that killed four Americans.

FACT CHECK: Is This Picture from a Covington Catholic High School Basketball Game?

Covington Catholic’s students have a history of donning black body paint during their “black out” basketball games.

There are some bizarre stuff that gets posted on the internet, but one meme involving Democratic Sen. Elizabeth Warren takes it to another level. An image of the Massachusetts senator recently appeared on Facebook, and attributes her to the following quote:

He lived up to this campaign promise, but I’d prefer that he actually took the $400k than wash every single personal expense and then some through White House operations

U.S. journalists agree that fact-checking is important. But they can’t agree on when to use the L-word.

68 percent of regular fact-checkers disagreed that they should say someone lied.

A popular website that spreads misinformation and conspiracy theories has twisted old news about a hate crimes hotline to create a bogus, anti-Muslim headline.

Trump claims 9th Circuit is the most overturned court in the land. It isn't.

Trump claims 9th Circuit is the most overturned court in the land. It isn't.

FACT CHECK: Is Facebook Deleting an Image of a Cross Carved to Honor Fallen Firefighters?

FACT CHECK: Is Facebook Deleting an Image of a Cross Carved to Honor Fallen Firefighters?

FACT CHECK: Does Trump Donate All of His Presidential Salary, While Obama Donated None?

FACT CHECK: Does Trump Donate All of His Presidential Salary, While Obama Donated None?

An Internet meme made misleading comparisons between presidential donations and the sizes of the first ladies' staffs, calling the Trumps "givers" and the Obamas "takers."

Yes, armed U.S. civilians are headed to the border

You may have seen on Facebook that "Gun-carrying civilian groups and border vigilantes have heard a call to arms in President Trump’s warnings about threats to American security posed by caravans of Central American migrants moving through Mexico." This is reporting from The Washington Post.

Days after false claims that Beto O’Rourke was illegally using campaign funds to help the migrant caravan, the Patriot Journal published a

In a rally in Ohio, Donald J. Trump made a slew of misleading claims about illegal immigration the migrant caravan including that Democrats want to give them the right to vote. That's wrong. https://bit.ly/2D1Cq1a

At the White House, and in the lead-up to the midterm elections, President Trump issued a warning to the migrant caravan headed toward the United States. His speech was filled with inaccurate claims.

The man at the center of President Trump's controversial new midterms ad who killed two police officers in 2014 was readmitted to the United States during President George W. Bush's tenure, not under the Democrats, as the ad incorrectly states.

The ad shows clips of Bracamontes spewing profanities and threats while at trial, followed by the message, "Democrats let him stay."

Good God. It wasn’t even that long ago that he lost the majority of the popular vote by 3MM

Trump won due to the electoral college system, where he won 304 votes compared to 227 votes for Clinton.

He tweeted her quote about "collateral damage."

She was talking about economic policies.

Political reporters and observers are up in arms after Majority Whip John Cornyn (R-TX) tweeted portions of a quote from...

Trump supporters (along with Trump himself) make meals of demonizing CNN, but let's not forget where this started.

During his 2015-2016 campaign, CNN gave Trump endless free airtime during his many call-ins, and even employed one of his confederates (Corey Lewandowski) as a member of senior on-air staff. Trump had no shortage of allies at CNN at that point.

However, as soon as he was elected, Trump was all anti-CNN (among other outlets) all the time. So, CNN did what any organization would do: it defended itself. Even if it meant that refuting his spurious accusations would be generally construed as an anti-Trump bias.

I am personally neither a regular CNN viewer nor a fan, but it seems pretty clear who was, and who continues to be, the aggressor in this shameful dynamic.

So, this happened yesterday as well. Trump claimed that the NYSE was open for business the day after 9/11 to justify this. The market didn’t open until the following Monday, Sept 17: six days later.

Justifying his decision to attend a political rally and address the Future Farmers of America convention on Saturday — both... Just before the FBI arrested a suspect, we wrote this fact-check: Conspiracy website spread false report of Democratic and CNN ties to the pipe bombs.
http://bit.ly/2PY8czB

Here's All The Hoaxes, Conspiracies, And Misinformation About Bombs Sent To Prominent Liberals — BuzzFeed News

Almost as soon as the news broke, hoaxes and misleading information started spreading on social media.

No known arrests have been made in connection with a wave of explosive devices mailed in recent days to prominent Democrats and critics of the Trump administration, and federal law enforcement agencies have not disclosed a motive. But that didn’t stop conspiracy-minded pundits like Alex Jones of I...

A post on a Facebook group called "Drain the Swamp" uses old images to falsely claim that they show migrants currently traveling in a caravan toward the United States.

I still can’t tell if this was actually intended to be bad satire, or crazy batsh*t desinformazia, but I can guarantee you the first ten imbeciles who saw it thought it was real.

A new internet hoax claims that the Mayo Clinic is intentionally misdiagnosing pregnant Trump supporters so it can force them to get abortions — and some of the president’s fans are actually falling for it. WUSA 9 reports that the hoax began with a tweet from a woman claiming to be a Mayo Clinic... 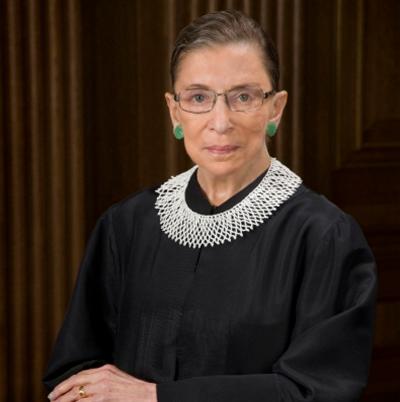 No Evidence Ginsburg Vowed to Resign Over Kavanaugh - FactCheck.org

No Evidence Ginsburg Vowed to Resign Over Kavanaugh - FactCheck.org

In full campaign mode, Donald J. Trump paints a frightening picture of a Democratic future. "Raid Medicare to pay for their socialist agenda." "The party of crime," and more. We fact-checked. http://bit.ly/2NvtkLw

Be the first to know and let us send you an email when Disinformation Filter Project posts news and promotions. Your email address will not be used for any other purpose, and you can unsubscribe at any time.