💔 RG : As a community, we are saddened to hear the news from yesterday that, will cease printing monthly issues of , (), , , and . Although the titles will live on as digital brands, many of our colleagues on the print side have lost their jobs.

If you are looking to hire top talent from these leading publications or have been affected by these layoffs, please check out some resources at the link in bio.

CASA ❤️ PRINT LOVERS 📰 spotlight on readers, story of their lives in . Have to think what Ali & Mohammed’s headliners would be….what would yours have?

Love seeing all of our customers and friends everyday but most especially on Sundays
❤️ Thank you for stopping by eic & son, Lex!
-
RG We out here!
Went to see our pal Ali at today.
The February issue of starring photographed by is on newsstands. You need a copy.

.
.
Art direction: .studio
.
.
Thanks to everyone being involved

Music journalist in today’s Arts & Leisure. Jenn wrote about punk icon, Poly Styrene who is the subject of a new documentary called, “I Am a Cliché”.

Writer sees her byline on for the first time 📰 Congratulations!

NEW 💥 : Hello, world! We're back after a winter hiatus with the legendary artist .leckey on the cover. Mark sat down with for a wide-ranging and delightfully wry conversation about books, horror and why he's 'looking for a way out of the art world'.

‘21 grad/ illustrator ’s work on the cover of review 💖 for two books: KINGDOM OF CHARACTERS The Language Revolution That Made China Modern by .tsu and RED CARPET Hollywood. China, and the Global Battle for Cultural Supremacy by 🇨🇳

Thank you to all for the love today 🤍Here’s to our last (but not the least) customer for the day, ’s cover star— author 🙏🏾 his cover issue back in stock!

BELATED HAPPY BIRTHDAY, JUERGEN TELLER 🎈Throwback to when you took our picture for 📸 “What can print do that digital cannot? The state of the magazine by the industry’s editors.” Story by and . Very honored to be featured in a beautiful 20-page portfolio in System 🙌🏾

Thank you to all our wonderful new and long time customers and friends who brave the weather to visit for their print fix 🙏🏾 We are open everyday— snow, shine or rain. Stay warm and safe, everyone ❄️❄️❄️

Snowstorm weekend coming up ☃️ best spent in our casa magazines x hoodies, beanies and a pile of print, come stack up ❄️❄️❄️

FASHION NOW 🖤🖤🖤 NEW : With a new generation of models in the spotlight, fashion is at last embracing what it is to be truly global. The nine models gracing the cover are representative of an ongoing seismic shift that became more pronounced on the SS22 runways; awash with dark-skinned models whose African heritage stretched from Senegal to Rwanda to South Sudan to Nigeria to Ethiopia. For an industry long criticised for its lack of diversity, as well as for perpetuating beauty standards seen through a Eurocentric lens, this change is momentous. talks to some of those redrawing the map.

At just 22, is arguably one of the most successful African models working today. Following her runway debut at in 2016, her international Vogue covers have run into double digits, and she has fronted numerous fashion and beauty campaigns.

Celebrating national 🥯 day with covers, and ’s made by Gus 💙

RG : Illustration by Bill Bragg for chapter 1 of a new novel by Jonathan Lethem which will be released one chapter per issue over the next decade.

Thank you very much to for sharing the the print design he created for in 2020 🖤 Available now on a Crewneck sweatshirt for pre-order now online.
-
Artist and illustrator Bill Bragg graduated from the Royal College of Art in 2005 and is co-founder of the art publication and collective LE GUN. He has illustrated four of Franz Kafka's works for The Folio Society as well as their edition of Herman Melville's Complete Shorter Fiction. He exhibits internationally and his illustrations appear regularly in The Guardian and The New York Times.

next door keeping it all in the neighborhood for 🌸

Our The Papers Hoodie in grey customized with patchwork sleeves, crocheted flower 🌸 on hood 😍

“The truth is of course is that there is no journey. We are arriving and departing all at the same time.”
-- David Bowie.

Happy Three Kings 👑👑👑 to all who celebrate. cover by Charles E. Martin from 1968.

Be the first to know and let us send you an email when CASA Magazines NYC posts news and promotions. Your email address will not be used for any other purpose, and you can unsubscribe at any time. 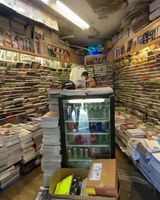 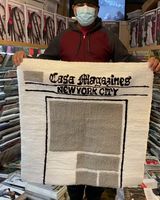 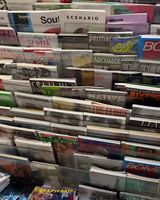 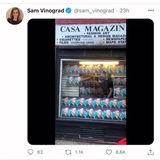 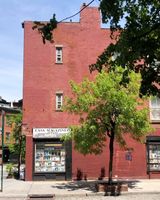 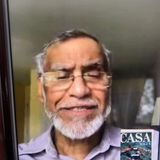 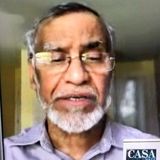 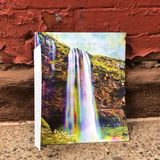 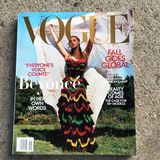 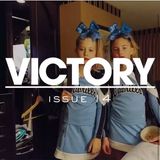 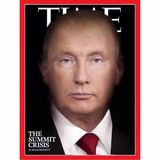 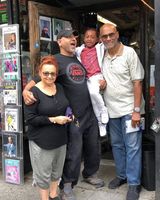 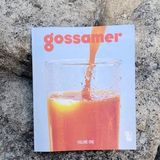 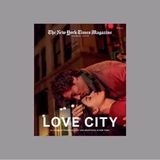 Friendliest greetings to Mohammed and the gang at Casa the Greatest!!! You may remember me: I was the guy who, a year ago, told you I was going to write Ruth La Ferla, the Director of the NY Times "Styles Section" to do a story about your fabulous store. Why? So many magazine stores had closed in the past three years in Manhattan, and you were about the only one left where fashionistas and culture vultures could put their hands on real magazines and become INSPIRED!!! Who cares about Digital? That has a shelf life of a nanosecond, where a magazine is forever!!! You may also remember me as the guy who was always buying the last civilized magazine in the world---Country Life (from England). Bless you all and I hope the NY Times piece on your store yesterday (Sunday) will continue to spread your fame far and wide. Best wishes, Robinson Fisher on Facebook P.S. I'll stop in soon!
JOIA Magazine en NEW YORK

El día de CASA Magazines NYC
Love my new custom vans! Supporting CASA from Salt Lake City
2021 Village Awardee CASA Magazines NYC opened about 50 years ago on the corner of 8th Avenue and 12th Street. Operated by Mohammed Ahmed since 1995, Casa is not just a store that offers an unparalleled level of service, but one that has grown to be a hub of community and culture. Despite COVID-19's impact on the business and the decades-long growth of online reading, Villagers still want their hard copy newspapers and magazines, and Casa is happy to serve them! Read more and join us on June 16th to honor them and the rest of the awardees:
Painting on the occasion of Obama’s “A Promised Land”
"Love Sees No Color" © by Metin Bereketli
https://ifthenisnow.eu/nl/agenda/painting-on-the-occasion-of-obamas-a-promised-land
VOTE!
"It's not the hand that signs the laws that holds the destiny of America. It's the hand that casts the ballot." -- Harry S. Truman
"Harry S. Truman" © by Metin Bereketli
https://www.instagram.com/p/CGvmzdEprIH/
Do they send magazines abroad? I live in Argentina.
x