Catholic New York (CNY) is America's largest Catholic newspaper. As the official newspaper of the Archdiocese of New York, we publish news and information for and about the Catholic community.

CNY is published biweekly with a total of 26 issues per year.

AJ Griffin has declared himself eligible for the NBA Draft, and RJ Davis has announced he will remain at North Carolina. Both are graduates of Archbishop Stepinac High School. Read their stories on Catholic New York's sports blog -- Catholic Sports Scene.

Joyfully Trusting in the Lord

Joyfully Trusting in the Lord

While serving as Pastor in the Bronx, I had the privilege of knowing a very devout and prayerful woman. Her name was Virginia. Ginny, as she liked to be called, was a retired nurse. Ninety years …

Mount St. Michael Academy graduate Alex Santos fared better in his second outing of the season with the Fayetteville Woodpeckers, a Class A affiliate of the Houston Astros. Read more and additional sports news from around the archdiocese on Catholic New York's sports blog -- Catholic Sports Scene.

Mount St. Michael Academy graduate Alex Santos bounced back from a tough outing with a strong effort in Fayetteville’s 11-3 loss to Salem April 15. Thr Fayetteville Woodpeckers are a Class A affili…

Velazquez Off to Good Start

Fordham Prep graduate Andrew Velazquez was making headlines in 2021 for his defensive gems and big hits in leading his hometown New York Yankees to the playoffs. Velazquez was claimed off waivers d…

New York Catholic Youth Day will be celebrated Saturday, April 23 at St. Joseph's Seminary in Dunwoodie. Read more about the day and how to register.

A day of worship, service, music and fun will be offered to teenagers in grades eight through 12 at New York Catholic Youth Day at St. Joseph’s Seminary in Dunwoodie Saturday, April 23. The day begins at 8 a.m. and concludes at 6 p.m.

Moran Back with Reds

Iona Prep graduate Colin Moran returns to the Cincinnati Reds for the 2022 season. Read his story and more sports news from around the archdiocese on Catholic New York's sports blog -- Catholic Sports Scene.

Iona Prep graduate Colin Moran and the Cincinnati Reds spoiled the home opener for the defending World Series champion Atlanta Braves with a 6-3 victory on Thursday night. Moran did not play in the…

Mark Wahlberg Says The Movie Chose Him for 'Father Stu'

Mark Wahlberg speaks with Cardinal Dolan about the decision to be in 'Father Stu.'Hear more from SiriusXM on our app! Click here for your trial subscription:...

Cardinal Dolan celebrated Mass and blessed the new Center for Advanced Memory Care Unit at ArchCare at Ferncliff in Rhinebeck. Check out the story from the current issue of Catholic New York.

Michelle Feller finds it difficult to leave work in the new Center for Advanced Memory Care at ArchCare at Ferncliff Nursing Home and Rehabilitation Center, which was blessed by Cardinal Dolan March …

Iona Prep graduate Brad Case is starting his first season with the Indianapolis Indians, a Class AAA affiliate of the Pittsburgh Pirates. The 17th round pick of the Pirates in the 2018 draft has re…

Mount St. Michael Academy graduate Alex Santos will be pitching for the Fayetteville Woodpeckers in 2022. Read his story and other sports news from around the archdiocese on Catholic New York's sports blog -- Catholic Sports Scene.

Mount St. Michael Academy graduate Alex Santos will be returning to the Fayetteville Woodpeckers for the 2022 season. The Woodpeckers are a Class A affiliate of the Houston Astros, who selected San…

Fordham Prep graduate Andrew Velazquez is starting the 2022 season with the Salt Lake Bees, the Class AAA affiliate of the Los Angeles Angels. Read his story and other sports news from around the archdiocese on Catholic New York's sports blog -- Catholic Sports Scene.

Fordham Prep graduate Andrew Velazquez is starting the 2022 season with the Salt Lake Bees, the Class AAA affiliate of the Los Angeles Angels. Velazquez was claimed on waivers by the Angels from th…

Archbishop Stepinac High School graduate Fred Quartlebaum is a member of the coaching staff of the NCAA champion Kansas Jayhawks. Read more and check out other sports news from around the archdiocese on Catholic New York's sports blog -- Catholic Sports Scene.

Archbishop Stepinac High School graduate RJ Davis and his North Carolina teammates will be playing Kansas for the NCAA Division I men’s basketball championship in New Orleans. Tipoff is 9:20 tonigh…

Archbishop Stepinac High School graduates AJ Griffin and RJ Davis are in New Orleans preparing for the historic matchup between Duke and North Carolina. Read what they have to say and what people at Stepinac are saying on Catholic New York's sports blog -- Catholic Sports Scene.

On today's show, I talked about how I virtually joined Pope Francis last week in consecrating Russia...

Iona Prep graduate Matt Ryan is joining the Boston Celtics and will be making his NBA debut tonight in Toronto. Read this story and more sports news from around the archdiocese on Catholic New York's sports blog -- Catholic Sports Scene.

Iona Prep graduate Matt Ryan was called up to the Boston Celtics and will be making his NBA debut this evening when the Celtics play in Toronto. The 6-foot-7 forward was playing with the Maine Celt…

Archbishop Stepinac High School graduates RJ Davis and AJ Griffin will be competing in a historic meeting when North Carolina and Duke play in the NCAA Division I men's basketball final four in New Orleans on Saturday. Read their story and more sports news from around the archdiocese on Catholic New York's sports blog -- Catholic Sports Scene.

‘With Reverence and Gratitude’

‘With Reverence and Gratitude’

“My family—sisters Deb and Lisa, brothers Bob and Pat, plus numerous nieces and nephews—and I, are grateful for the tremendous outpouring of sympathy, support, and prayers following …

Be the first to know and let us send you an email when Catholic New York posts news and promotions. Your email address will not be used for any other purpose, and you can unsubscribe at any time. 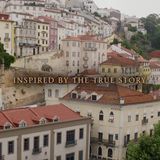 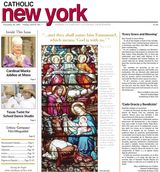 Do you remember these covers? Take a look back at the Catholic New York Christmas front pages over the last 10 years.

Yesterday, Cardinal Dolan and Bishop Nicholas DiMarzio of the Diocese of Brooklyn led clergy and other officials from the Archdiocese of New York and the Diocese of Brooklyn on a pastoral visit to Archbishop Roberto Gonzalez and the people of the Archdiocese of San Juan in Puerto Rico. The final stop of the day was at the Carmelite Sisters of San Jose Monastery in Trujillo Alto, where chapel windows were broken and other damage was sustained during Hurricane Maria. Sister Inés, in an audio clip, describes what she and other sisters experienced in their cells as the winds of the Category 5 storm battered their monastery Sept. 20.