HQ for Long Island City's best musicians: to Record, Rehearse, and Rock Out The Motel Room Studios is so called for its charming aesthetic and for the frequent overnight sessions we conduct that breed great work .

We provide a comfortable creative environment where all the energy can be focused on crafting an artist's unique personal sound.

The inimitable DVA The Band showing off the coolest song with the coolest visuals. What a trip!

DVA The Band playing their original tune "Mermaid Lagoon" to an audience of birds and woodland creatures- check it out!

DVA The Band has been releasing their music recorded here in a serious of awesome performance videos! Others have been paired with Noel Carey's illustrations in-process... too cool. #Motel

This is a big one...
Ransom Pier's new record is out, and it has been the greatest collaboration I have ever had the pleasure of working on. With friends, phenomenal musicians, and contributing listeners giving their time and ears and talents to make this the best thing it could possibly be. It's quite an achievement for all of us, and we're so pleased to share it with you!
If you're in town, come party at Arlene's Grocery at 7pm with sets from our friends Maelyn and Montrose Five !
It's streaming everywhere- have a listen!
https://open.spotify.com/album/7MjKbZdwZ7bezN7YDFl9yV?si=YFWh2Siv

Beauty & Demise, an album by Ransom Pier on Spotify

Our friends DVA The Band just wrapped on a bunch of videos-- they're posting 1 every week from now til.. forever, I think! We shot and recorded all over, and mixed here!! Live show in a couple weeks: DVA at DTM

Montrose Five has been MASTERED and is ready for BLASTING!

This is a great EP recorded here, mixed by Ryan Nicholls, and DC mastered. Check those guys out- these songs will be on every summer mix from this point forward...

Frank Olson Twins- such a cool vibe on this record.

Conversations with Bad Acquaintances, an album by Frank Olson Twins on Spotify

Premiere: "Holding On" by Ransom Pier

We put a new Ransom Pier song out today! Full length album to come- and massive show this weekend in Williamsburg at The Hall at MP! Check out the song and a sweet article about it here!

So proud to have produced Lauren's wonderful songs here. Here us play them live and celebrate the release of this great album of hers- we play at 8PM at the Slipper Room, NYC!

Before you vote, here's one last video about moving to Canada

No use arguing with Brokelyn that most of us are from Queens... because we might all be moving to Canada anyways :)

A team of actors & composers from BK parodied the Beach Boys' 'Kokomo' by pitching 'Canada' in its place as the ideal contingency hideaway. Still an option!

Our newest video with Rohan Kymal and Ashley Park is up! Arranged by Dan Crowley and recorded here (except for Jomy George's great Tabla playing, recorded somewhere else in the world, who knows). Thanks to all involved, especially Dominick DiMola, our talented video producer. Hope you enjoy the music!

It's a Motel Room family show at LIC Bar this thursday! Andrea DeJonge Music at 8PM and Ransom Pier at 9PM. There will be a fire (in the fireplace) it will be a very, very nice time!

Happy Album Release Day! Celebrating with a 9PM set at Bowery Electric tonight- you can pick up a physical, signed copy there! Right, Angie Atkinson? ;)

Spooky songs, funny songs, songs about seasonal foods, arachnids, and the devil. Just a sample of the amazing musicians here in LIC that we've been fortunate enough to work with. Enjoy!

Happy Humpty Dumpty Day! A new halloween album from The Goon Gang is coming- and the single is already up on spotify and iTunes! 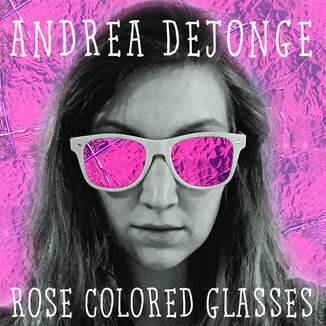 Andrea DeJonge Music's latest release is now up on all kinds of music sites! I know nobody really cares about apple anymore, so I'll give them a bump and tell you to go check it out there...

Put together a playlist of videos shot/produced here! Andrea DeJonge Music is at the top! "Rose Colored Glasses" is the title track off her debut EP produced here last month. She's got an album release show on Saturday at Rockwood Music Hall, 6PM!

Ransom Pier's newest from the motel room - check out this great review.

13 English-Hindi Mashups That Should Make It To Your Playlist

Rohan Kymal is our favorite. These buzzfeed people like him too, apparently!

Clear up your playlist, there's plenty more to add.

Check out this awesome take from our session recording with COIN for The Wild Honey Pie. What a talented group of musicians... and videographers! They made our space look so pretty! 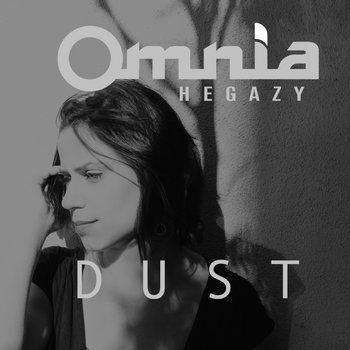 The newest from Omnia Hegazy- with an awesome write up here:
http://www.axs.com/news/exclusive-premiere-of-omnia-hegazy-s-powerful-new-single-dust-43507
Get into it!

Dust by Omnia Hegazy, released 10 March 2015 Was walking down the street today just trying to get somewhere I wanted to be on my way without their piercing stares See, why should I look to the ground just to avoid their eyes? I never ask them how I look or whether I should smile It's time like this…

Our good friend J. Walter has an awesome project coming out soon, with a Rockethub campaign in progress. Go pre-order this awesome record! (...and I kinda mixed it, too)

When we learned that Emmy Award winner and superstar session musician J Walter Hawkes (Norah Jones, Richard Julian etc) was launching a project on Rockethub, we were thrilled that he and the amazing... 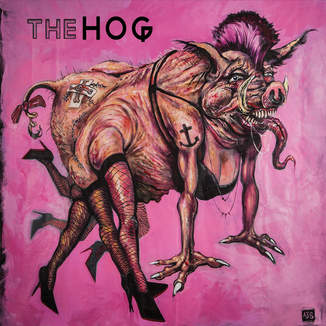 The Hog by The Hog

Our most recent release is now up on iTunes! The Hog!

Preview and download The Hog on iTunes. See ratings and read customer reviews.

oosik, by afraid of bees

afraid of bees cut this EP here this summer. A great rocking band combined with inventive soundscapes and a ton of energy. Its out now via Not Art Records. Have a listen:

"Doo Doo Dat" was Shot, Produced, Recorded, and Mixed here. The Hog's full record is really coming along! So fun! check it out.

The Hog is AJ Sapala, Steve Lipshutz, and Dan Crowley. An exotic rock trio based out of Motel Room Studios in LIC, NYC. Look for the full-length debut album ...

Our long time friend and supporter Drew DiCamillo and Big Daddy Project just got themselves some studio time via supporting The Hog's Rockethub! You can too!
If you haven't checked it out the campaign yet yet, please lend them your ears... and order a record! We're over here Mastering the Single today-- for their music video! Exciting things a-happenin'!!!

We worked on this hot record with Angie a little while back. You will never meet a more passionate, hard-working, urban cowgirl in this city... especially one with pipes like this...

Took the MTRS team on a wild ride with The Hog's new record today. More bewildered and excited than ever for this project. Big things to come!

Its a great week to check out some great Motel Room musicians! Our friend Coyote Anderson plays 8PM Monday at LIC Bar. The Hog is also there on Wednesday night. And then Coyote and Dan play The Bitter End for Angie Atkinson's Album release show on Thursday night! ...an album that was recorded here!!!

Richard Aufrichtig is doing another record here soon- Ocean Music is his new project, and the group needs your help to accomplish the many facets of this project's production. Its going to be terrific. If you should be so inclined (well, no if's neccessary.. but): https://www.kickstarter.com/projects/1322399748/ocean-music-the-debut-album

In Williamsburg tonight? Hear a live performance of the music we'll be recording at a great spot- the Williamsburg Church. at 7pm.

Thanks for checking it out! And Happy Spring, everyone!

We're a Recording Studio! Specializing in Tracking, Mixing, Mastering, Voice-over, ADR, and anything else you can dream up!

Be the first to know and let us send you an email when The Motel Room Studios posts news and promotions. Your email address will not be used for any other purpose, and you can unsubscribe at any time.

Send a message to The Motel Room Studios:

Broadway's Ashley Park and Rohan Kymal fused Broadway and Bollywood to create this mashup of Rodgers and Hammerstein’s “If I Loved You” and popular Bollywood song “Tu Bin Bataye.” Arranged and recorded by our very own @djcrowls (Dan Crowley) at The Motel Room Studios. h/t Playbill
New Video! As a musician and singer I am constantly fascinated with new sounds and styles. This video is a musical experiment that pulls from my background in Hindustani, Classical Western, and Goofy Singing Faces. So I got together some of my most talented friends and we decided to create something exciting and different. The world is in turmoil. It is up to all of us, as individuals, to choose love and happiness. Thank you to all who helped with the video, especially the talented @Ashleyparklady (twtr and insta), Jomy George Music, and The Motel Room Studios. I hope you enjoy Rodger and Hammerstein's Broadway ballad "If I Loved You" and AR Rahman's "Tu Bin Bataye". #BroadwayMeetsBollywood #EastMeetsWest #Broadway #Bollywood #Music https://www.youtube.com/watch?v=UNqCGVydS3Y https://twitter.com/rohankymal/ https://www.instagram.com/rohankymal/
#Throwback to that time The Motel Room Studios and I visited @ashleyparklady backstage. Look how amused she… https://t.co/69fBuPze8V
INVESTIGATIONS IN PROGRESS http://www.soapboxview.com/2015/06/investigations-in-progress.html
THE HAMMER AND CYCLE MESSENGER SERVICE Archived by THE NATIONAL LIBRARY OF AUSTRALIA. http://www.hammerandcyclemessengerservice.com/ “Break on through to the other side.”
Check it out guys! Shankar Tucker and I made it twice on the list. Let's do more! Next one is with Vidya, get ready to see us being super silly on the video haha Jomy George Music check it out dood! Thanks BuzzFeed India and The Motel Room Studios http://www.buzzfeed.com/andreborges/earworms-earworms-earworms?
https://www.youtube.com/watch?v=UDnXNOIZ7EU Incase any of you haven't seen the most recent dance cover with my bros Shankar Tucker, Tony Jarvis, and Jomy George Music Recorded at The Motel Room Studios AND exciting news! We are heading off for a couple performances in a few weeks. Michigan October 18th, and Reunion Island the following week for the Indian Music festival!
This is a fantastic record we took part in! Hope you'll check it out and share it with friends! Rose Hips & Ships is playing a huge release show on friday too.
http://richardaufrichtig.bandcamp.com/album/on-the-ocean
Just listened to Big Daddy Project Radio Appearance.!! while listening to the Big Daddy Project rocking out hard- getting ready for what can only be described as an epic event- Big Daddy Project Live..!!!!
The Lost Shores is here working on a fantastic release (or series of releases) for the fall... pretty jazzed to be the one who's recording it.
Productive recording session with the talented and handsome Dan Crowley at The Motel Room Studios tonight brings us a new tricked-out version of The Islander...Secret Breakfast is a-cookin, rise and shine, bitch!