Publisher of space science, astronomy and astrophysics titles for amateurs and professionals.

Part of a collection in Microgravity Science and Technology dedicated to its long-term Editorial Board member: https://link.springer.com/collections/fchbabigib

In 2021, the scientific community celebrated the 85th anniversary of the Chinese scientist Academician Wen-Rui Hu. In addition to his innovative contributions to cosmic magnetohydrodynamics (MHD) during his early scientific career, he has initiated microgravity science research in China from the mid...

Since the discovery of the first fast radio burst (FRB) in 2007, and their confirmation as an abundant extragalactic population in 2013, the study of these sources has expanded at an incredible rate. In our 2019 review on the subject, we presented a growing, but still mysterious, population of FRBs....

Proper elements are quasi-invariants of a Hamiltonian system, obtained through a normalization procedure. Proper elements have been successfully used to identify families of asteroids, sharing the same dynamical properties. We show that proper elements can also be used within space debris dynamics t...

This special issue collects seven papers, ranging from entry, descent, and landing GNC system design to the descent trajectory reconstruction, from aerodynamic design to the Martian atmosphere reconstruction, etc. All authors are from the Tianwen-1 mission team. The latest results and key techniques to guarantee the up-to-date success of the mission are reported by focusing on the astrodynamics part of the mission.

‘I thought I had forgotten this horror’: Ukrainian scientists stand in defiance

Read how Ukrainian Researchers are responding to the Russian invasion of their country. #ScienceForUkraine

Researchers tell Nature about their experiences of the Russian invasion.

Congrats as well on behalf of Springer to our long-time Associate Editor of the journal Celestial Mechanics and Dynamical Astronomy and former Editor-in-Chief of the American Astronautical Society's Journal of the Astronautical Sciences!

Dr. Terry Alfriend is the 2022 recipient of the Goddard Astronautics Award, one of the American Institute of Aeronautics and Astronautics’ most prestigious awards. He is recognized for his contributions in the fields of orbital mechanics and space situational awareness.

Marcel Egli from the Lucerne University of Applied Sciences and Arts has joined the Editorial Board of the journal Microgravity and Science Technology. After serving for more than 10 years, Associate Editor Ruth Hemmersbach will resign from active duties in April 2022 – but will continue to support the journal as Advisory Board member.

Welcome Marcel Egli and thanks for your service Ruth Hemmersbach!

SpringerMaterials is the largest curated materials science database in the world. Sign up for our webinar and discover:

February is here already, but maybe there is still time for a 2021 Astronomy and Planetary Science recap. Check out the highlights and insights especially prepared by our editorial team https://springernature.com/de/researchers/campaigns/highlights/astronomy
#astronomy #astrophysics #planetaryscience

In the wake of several groundbreaking discoveries in black hole physics and the well-deserved 2020 Nobel Prize for the same, it seemed that the year 2021 had very large shoes to fill. Yet even in the face of the ongoing pandemic, the community carried on, achieving by all standards an incredible year of advancements in astronomy and space exploration.

Back in 2019, the Event Horizon Telescope (EHT) collaboration stunned the world with the first ever image of a black hole at the center of the M87 galaxy. In March 2021, the EHT set the astronomy community abuzz once again when it revealed the structure of magnetic fields around the black hole.

The EHT is joined by many other telescopes and collaborations seeking to push the resolution of astronomical observations. In July 2021, the Atacama Large Millimetre/submillimeter Array (ALMA) progressed in its efforts to study the intricate processes of planet formation, when it showed the first clear detection of a moon-forming disc around an exoplanet. And in a June 2021 Nature paper, the mysterious dimming of Betelgeuse was finally solved with the help of observations from ground-based telescopes. The cause? A dusty veil shading the star.

Tragically, in December 2020 we witnessed the collapse of the iconic Arecibo Observatory. But there are some silver linings to be found! Just a few months later in March 2021, China’s Five-hundred-meter Aperture Spherical Telescope (FAST)—the world’s largest radio telescope—was opened to the international community.

Journeying beyond the ground, 2021 was filled with anticipation surrounding the James Webb Space Telescope (JWST), which was planned to launch at the end of the year. The JWST promises to revolutionize several fields across astronomy and cosmology, ranging from characterizing exoplanets’ atmospheres to observing the formation of the first galaxies. On the topic of exoplanetary research, other exciting space telescope projects are underway, to be launched over the next eight years. For instance, ESA’s Plato (PLAnetary Transits and Oscillations of stars mission) and Ariel (Atmospheric Remote-Sensing Infrared Exoplanet Large-survey mission) aim to study terrestrial planets within the habitable zone of Sun-like stars and perform a chemical sensus of their atmospheres. Read our special issues on Ariel in the Experimental Astronomy journal: Ariel and Ariel Phase B.

Within our own Solar System, all eyes were turned to Mars. Three groundbreaking missions that set out to the red planet in 2020 reached their destination in early 2021. With the Mars 2020 mission, NASA made history by flying the first robotic helicopter, Ingenuity, on another planet, and deploying its new rover Perseverance. China and the United Arab Emirates also reached Mars with Tianwen-1’s Zhurong rover and the Hope orbiter, respectively. Learn more about these missions with our Topical Collections on Mars 2020, Tianwen-1 and Hope.

Of course, Mars is not the only planet in the spotlight. In June 2021, NASA announced that it has selected two missions, DAVINCI+ and VERITAS, to travel to Venus, with the goal of understanding the history of the inferno-like nearest planetary neighbor to the Earth. Then in October 2021, the ESA/JAXA BepiColombo mission captured its first views of Mercury when it swooped past the planet in a close gravity assist flyby. Learn more in “The BepiColombo mission to Mercury” Topical Collection in the Space Science Reviews journal.

Closer to home in December 2020, China’s Chang'e-5 mission brought back lunar samples from our own Moon for the first time since 1976! In the not too distant future, there may be permanent bases on the Moon. This will involve not only technical challenges, but also social, psychological, ethical, and ecological challenges. This is discussed in our forthcoming book The Human Factor in the Settlement of the Moon. And for those interested in observing and learning more about the Moon from the ground, our book Luna Cognita may be a welcome resource.

Towards the end of our list of highlights, we’d like to mention more tentative, but nevertheless very exciting news: A group of authors reported on a signal in a dark matter detector that might possibly be caused by a dark energy particle produced in a strong magnetic field region of the Sun. If verified, this will be a major step in confirming the standard model of cosmology.

Finally, the Springer Astronomy editors would like to honour Dr. Cornelis "Kees" de Jager, who passed away just weeks after celebrating his 100th birthday in May 2021. He is the founding editor of the journals Solar Physics and Space Science Reviews as well as the book series Astrophysics and Space Science Library. The Kees de Jager Prize is awarded annually by Springer Nature to the best article in the journal Solar Physics. In 2021, it was awarded to Anthony R. Yeates (Durham University, UK).

Be the first to know and let us send you an email when Springer Astronomy posts news and promotions. Your email address will not be used for any other purpose, and you can unsubscribe at any time.

With over 175 years of experience, find out why you should publish your research with Springer Astronomy. https://www.springer.com/gb/astronomy?utm_source=facebook&utm_medium=social&utm_content=organic&utm_campaign=SPSN_1_CN_AAV19_ASTRO

Science and Fiction – A Springer Series

Science and Fiction – A Springer Series springer.com/series/11657 A collection of entertaining & thought-provoking books that appeal equally to science buffs, scientists and science-fiction fans. A book series that recognizes that scientific discovery & the creation of plausible fictional scenarios are often two sides of the same coin. #sci-fi #science #sciencefiction #fiction #scientists

Reach for the stars with this library of #astronomy books packed full of spacey goodness! Pay what you want for science books & support charity! Learn about next year's solar eclipse, about comets and asteroids and moons and the sweet views from other planets. http://bit.ly/2iiJF6Z #SpringerNature #HumbleBundle #Space #Science

#ESA’s #ExoMars 2016 mission will enter orbit around the Red Planet on 19 Oct. At the same time, its #Schiaparelli lander will descend to the surface. This ESA animation shows the orbital paths of ESA’s ExoMars Trace Gas Orbiter (TGO), the Schiaparelli entry, descent and landing demonstrator, and Mars Express on 19 October 2016, when TGO and Schiaparelli arrive at Mars.

#Springer Publishes Astronomy Books with Impact Publish your next #Astronomy book with us Contact our editors at http://bit.ly/AstrEdt 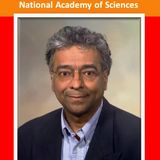 #Springer Congratulates #AbhayAshtekar on his election as #NASmember by the US #NationalAcademyofSciences. Abhay Ashtekar is Editor-in-Chief of Springer journal General Relativity and Gravitation and has also edited other Springer titles such as the Handbook of Spacetime.

Path of the #solareclipse on 8-9 March. Check if the solar eclipse is visible from your location: bit.ly/1TuwPD6

Publish with Springer in Astronomy

Get Read. Publish with #Springer in #Astronomy. Watch short video on how Springer helps your work get published.

See author Andrew Wheen discuss his title, "Dot-Dash to Dot.Com: How Modern Telecommunications Evolved from the Telegraph to the Internet." Make sure to check out the book at Springer.com! http://tinyurl.com/6btcnyx