Strange Cranium will be back! With the awesome Diana Music Team...
https://www.nytimes.com/2021/03/30/theater/diana-musical-broadway-netflix.html?smid=url-share

In an unprecedented move, a recording of the show will start streaming in October, while audiences can see it live (if theaters reopen) in December.

STRANGE CRANIUM coming back strong in 2021! with Hiro Iida

It's #SynthSaturday in Billy Jay Stein's studio 🎹 possibly every day by the looks of it! How many can you identify?

It's #SynthSaturday in Billy Jay Stein's studio 🎹 possibly every day by the looks of it! How many can you identify?

Thrilled to have been a part of this show!
Electronic Music Design by Strange Cranium...

Tomorrow, we say goodbye to Bet Hatikva. Thank you to everyone who made the visit to see us on Broadway.

Alise Indall Goes For The Gold With "I Am That Girl"

Alise Indall Goes For The Gold With "I Am That Girl"

You may have heard a theme for female empowerment during the Olympics called "I'm That Girl," by Alise Indalls. Here's how and why she wrote it.

Jason Paige does a "duet" with John Lennon. Imagine When we need it the most, a tribute to one of the all time greatest. We miss you John. Produced and mixed...

Ghostlight Records has announced that the original Broadway cast recording of The Band's Visit will be released in digital and streaming formats on December 15. ...

What’s news for our company! 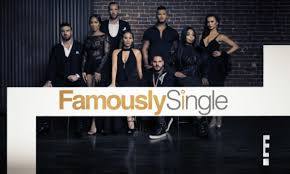 Sunday night at 10pm - The Season 2 premiere of "Famously Single" on E! with music from us!

Sunday night at 10pm - The Season 2 premiere of "Famously Single" with music from us!

Music from your friends at Strike Audio!

Eight new celebrities are under one roof and sparks are flying! Watch the new season of "Famously Single," this Sunday at 10|9c on E! SUBSCRIBE: http://bit.l...

If there's a keyboard you've lusted after, it probably resides in the New York City studio of Grammy-winning keyboardist and producer Billy Jay Stein. His Strange Cranium/Strike Audio facility in downtown Manhattan features a museum-worthy collection of custom-MIDI'd gear including a Yamaha CS-80, an Elka Synthex, the ARP 2600 used on Stevie Wonder's "I Wish" and a chopped Hammond B3 organ purchased from a funeral home (and still on its original coffin cart)! Watch the video to see Billy's keyboard collection in action!

If there's a keyboard you've lusted after, it probably resides in the New York City studio of Grammy-winning keyboardist and producer Billy Jay Stein. His St...

"If there's a keyboard you've lusted after, it probably resides in the New York City studio of Grammy-winning keyboardist and producer Billy Jay Stein."
Great interview for KEYBOARD MAGAZINE! 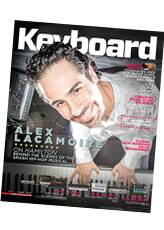 It has been my dream to be in Keyboard Magazine! Since I was a kid selling papers in the freezing cold, saving up for my first synth, the MOOG SOURCE in 1981....
I'm living the dream! Thank you Jon Regen! Editor of www.Keyboardmag.com

We made it! The only way to travel...

Ready for anything. When you’re a music house maintaining a four-room studio in the heart of Manhattan, occupying a narrow niche is not an option. Hence the military mindset evoked by the name Strike Audio, a facility like none other in NYC – and quite possibly the world – that’s poised to make just...

The latest addition to Strange Cranium.
ELKA Synthex on the left wall above ARP 2600!

"They're creative monsters." Grammy Award-winning Billy Jay Stein and AnnMarie Milazzo describe the revolutionary music of our show. Be moved by the music of...

Be the first to know and let us send you an email when Strange Cranium Productions, Inc. posts news and promotions. Your email address will not be used for any other purpose, and you can unsubscribe at any time.

"Into The Universe"- The lead single from a forthcoming full length album called "Face of God" is out today through Lab78! This album is a collaborative record I made with my friend Nick Littlemore and Strange Cranium Productions, Inc. and it's very special to me. https://lab78.lnk.to/PSFaceOfGod Original animation by Ivan Dixon
WONDERBLOOM Collaborators, Episode 9: Jason Lindner With the “True Minds” music video coming out tomorrow (!?!) I’d like to celebrate the feral genius of Jason Lindner who played an integral part in this song coming together. “True Minds” was always a wild card on WONDERBLOOM, but ended up being one of my favorite songs on the album to listen to. Nic Hard and I enjoyed the heck out of crafting the arrangement, but were particular about collaborators given the multiple genre personalities that span the wildly different sections of the song. I’ve been a fan of Jason Lindner’s music for a long time, particularly the openness, patience, and imagination with which he approaches sound and texture. Every collaborator day during the process of making WONDERBLOOM was a special treat, but Strange Cranium Productions, Inc. day with Jason Lindner was one I’ll never forget. Strange Cranium is a recording studio in Manhattan, with one of the largest collections of unique and vintage keyboards and gear in the world. Billy Jay Stein (Founder) has collected keyboards and synth models that line the walls from floor to ceiling and span 5+ decades of musical styles, all wired and ready to ride. Who better to bring to Strange Cranium than synth wizard-master himself Jason Lindner? We tracked Jason on “You Didn’t Know”, “Low on Love”, and “True Minds”. I learned that day that there is no soundscape Jason can’t find his way through, and that we share an aversion to air blowing on our heads while we are playing music. 💨💨💨 Jason is working on a new record with his band NOW VS NOW & to see what else he’s up to and tune into beautiful solo electronic performances, follow him at JASON LINDNER #WONDERBLOOMcollaborators #makingof #StrangeCraniumStudios #inthestudio #synthesizers #synths #jasonlindner #WONDERBLOOMtheAlbum Strange Cranium Recordings GroundUP Music Polyarts Moog Synthesizers CORE PORT,inc.
(SOUND ON!) 3 more days ’til WONDERBLOOM! Nothing can stop this music from coming out on 3.20.20. • 🌸 This clip is from a song on WONDERBLOOM called “True Minds”, my setting of Shakespeare’s Sonnet 116. It features Jason Lindner on synths (recorded in the synth wonder-world that is Strange Cranium Productions, Inc. ), Laura Perrudin on harp & effects, Nathan Schram on one-man symphony, and Jordan Perlson on drums. Nic Hard and I had an awesome time creating live manipulations of Jordan’s drums while he tracked on this one. • 🌺 Another fun fact about this song: Jochen Rueckert (Wolff Parkinson White) has a version of this same song on his new album “Favours” which he calls “Mitred Sun” (an anagram of “true minds"). It’s the same vocal performance on the verses, but you might not recognize it because the vibe is sooooo different. While I was doing the vocal setting to send to Jochen for his record, I went kind of nuts demoing arranging ideas around it (as I do) and decided to put the song on my record too. • 🌼 Jochen and I set out upon an #exquisiteco**se co**se style adventure, where we worked on our different versions without hearing the other person’s and then listen to them at the very end once we were completely finished. There’s really no describing how strange and beautiful it was to hear someone else’s treatment/understanding of a vocal performance that I had been listening to in a different way for 8 months! Very cool writing exercise, I highly recommend it. •🌷 This photo was taken by David Goddard Photography and manipulated by Gabriel Gerardo Calderón . #WONDERBLOOMtheAlbum comes out Friday on GroundUP Music. Preorder your copy now through the link in my bio. Stay connected. Wash your hands. Be kind to one another. Love you all. • 💐