Hsquared Magazine is an online magazine writing about culture, news and art. We like the creativity the internet affords and we like to play with content.

Hsquared Magazine writes about the interchange between art, news and culture.

Video: Highlights from President Donald Trump's Speech at the UN In Culture and Media | MGM's private-equity owners a bit perplexed that Beijing might reject a purchase of the studio in an IPO valued at $1.2 billion.

The weekend edition of The Wall Street Journal offers a report of Beijing’s decision to back out of a deal that would have “put Metro-Goldwyn Mayer Studios under Chinese control.” At first thought, the idea that the President of these United States might have offended Beijing to such sufficient poin...

Visit Hsquared Magazine to listen to our latest collection of music. http://hsquaredmagazine.com/music/

H.L.Mencken. I. It is an old and bitter observation that, in armed conflicts, the peacemaker frequently gets the worst of it. The truth of the fact is being demonstrated anew in the case of the Tennessee pedagogue accused of teaching Evolution. No matter what the issue of that great moral cause, i...

Featured Articles on Hsquared Magazine for the Week:

U.S., Canadian and European Bishops Call For Solidarity and Support for Palestinians | NewFind York's Attorney General Reaches Settlement with Citigroup Global Markets Over Investment Fraud | Rick Perry Regrets His Former Statements on the Department of Energy | James Joyce Self-Published the poem "The Holy Cross" When He Could Not FInd a Publisher

It really is just art, isn't it? “Without culture, and the relative freedom it implies, society, even when perfect, is but a jungle. This is why any authentic creation is a gift to the future.” Albert CamusHsquared Magazine Thank you!You have already subscribed! Privacy policyWe respect your privac...

Audio: "Remain Awake During the Great Revolution" was the last Sunday sermon the Reverend King preached. The sermon was delivered at the Washington National Cathedral on March 31, 1968. Four days later, the Reverend King was assassinated in Memphis Tennessee. It is a fiery sermon of justice and injustice, hope and faith.

Excerpt:
"The Reverend was preaching of God’s justice against injustice: word for word, verse for verse, utilizing the same Bible held in the hands of any number of Ku Klux members of the times, he spoke of God’s thoughts of justice to a group of men who imagined God a version of their own mirrored image – men who had managed to convince themselves of their own importance in the eyes of their pale, exclusionist of a God.

Excerpt:
"In the case of a 2017 National Day of Patriotism, the primary duty of the American people must be a recognition of President Trump as a man who enters office with known Nationalists at his side and with his ear; extremists (who even by right wing standards are considered extreme) serving as official and unofficial advisors; seals of approval from members of the United States Nazi Party, and, public exclamations of support from former and current heads of the Ku Klux Klan of the United States of America. Further, he is a President who has demonstrated proclivity toward restrictions to press freedoms and public demonstrations.

While it is perfectly fine for a President of the United States to rally unity, it would be ignorant for anyone to assume President Trump does not recognize the full spectrum of his support among the American people: as aware as he is of David Duke’s approval, President Trump is equally informed that 25,000 New Yorkers protested on the eve of his inauguration; approximately two-hundred protestors were arrested in Washington, D.C. in protest against the validity of his presidency; scores of protests against his anti-immigrant views are occurring throughout the world; and, American women are preparing themselves for a March on Washington, some in shades of pink, but very few (we would assume) styled to mimic the former First Lady Jacqueline Kennedy Onassis."

One of Donald Trump's first official acts as President was to sign a proclamation declaring a National Day of Patriotism. The date of said national patriotism is to be announced by the high office at a later time. News organizations, such as Time, were quick to note other Presidents who had also sig...

Video: Where the Streets Have No Name – Hsquared Magazine

#throwback Thursday ' U2 "Where the Streets Have No Name"

In 2014, Governors Andrew Cuomo (D-NY) and Chris Christie (R-NJ) vetoed legislation meant to bring accountability to the Port Authority of New York and New Jersey. Yesterday, the SEC announced a settlement in which the Port Authority admitted wrongdoing in a case involving its having mislead bond investors. http://hsquaredmagazine.com/port_authority_sec_action_wrongdoing/

The Senate Judiciary Committee is recommending criminal charges against Planned Parenthood for allegedly trafficking in fetal body parts from abortions for profit.

Pressing Matters: A Dressing Down on the Way to an Ethical Oath

Excerpt: "With headlines such as “summons”, it’s hard not to imagine why a president-elect Trump might assume he could offer a proper dressing down to major figures from leading U.S. newspaper outlets and media stations."

November 18, 2016 Dear Mr. President-elect: On Nov. 8, you were elected president of the United States. As many have reiterated, regardless of which candidate any of us supported, you now have an obligation to represent ALL Americans. In your victory speech, you urged Americans to come together as o...

An Excerpt: The Tennessee Circus by H. L. Mencken

An Excerpt: The Tennessee Circus by H. L. Mencken

The Evolutionists will go on demonstrating, believing in and teaching the mutability of living forms, and the Ku Klux theologians will continue to whoop for Genesis undefiled. But I look for many c…

Word for Word: Trump Demands an Apology from Hamilton Actors

Word for Word: Trump Demands an Apology from Hamilton Actors

On November 19, 2016, Vice-president elect Michael Pence attended a Broadway production of Hamilton. Reports from many media outlets suggest Mr. Pence was also greeted with clapping, but the boos o…

Modi: "On your mark, get set, go!"
http://globalnews.ca/news/3060319/chaos-in-india-after-pm-voids-86-of-currency-notes-to-tackle-underground-economy/

Opinion: Constitutional Liberty and Arbitrary Power in the 21st Century

The True Sons of Liberty are Desired to Meet Under Liberty Tree at XII O’Clock.

"Simplified, he argued that the need for government is due to human nature itself – man typically does not possess the strength to self-govern in such a fashion as to not abuse, or infringe upon the rights of others. Given this weakness within mankind, a government which serves its highest purpose will maintain a singular goal to empower and protect all its citizens; and, as long as laws are clearly defined for, and accepted by, the citizenry (by way of an agreed constitution or set of laws)… as long as remedy of grievances is available to citizenry, the contract between a government and its people should be respected and protected."

Dr. Joseph Warren, a member of the Sons of Liberty, is the gentleman in U.S. History who dispatched Paul Revere to warn Samuel Adams of Mr. Adam’s imminent arrest by British troops. A History Chann…

The cultural event sweeping the Philippines. Americans, we warned you.

“If the history of aesthetic criticism teaches us anything, it is the futility of trying to mark off the legitimate province of art or an art-form.” E. Sapir on Representative Music, Ap… 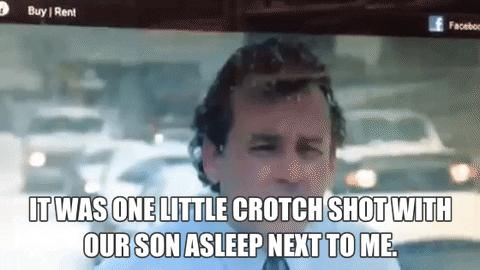 Anthony Weiner after Huma Abedin realizes a photograph of her son is published in The New York Post.

The Taj Mahal Trio will play at the Blue Note Jazz Club in September.

Gun Violence in the United States

Infographic: "Of the top five deadliest U.S. mass shootings, all five acts have been committed by lone gunmen. Children, women, members of the LGBT community, and, those of Mexican heritage may have been chosen as primary targets in the corresponding shootings. In all five cases, there was a history of mental instability, to varying degrees, amongst the perpetrators. All of the weapons utilized in the mass shootings were legally purchased, although the perpetrator in the Sandy Hook Elementary School shooting utilized his mother’s licensed weapons, which he obtained after killing her."

Be the first to know and let us send you an email when Hsquared Magazine posts news and promotions. Your email address will not be used for any other purpose, and you can unsubscribe at any time.

Send a message to Hsquared Magazine:

Gun Violence in the United States

Video: Highlights from President Donald Trump's Speech at the UN
YouTube: "Ashes to Ashes" by David Bowie (1980). https://youtu.be/CMThz7eQ6K0
In Culture and Media | MGM's private-equity owners a bit perplexed that Beijing might reject a purchase of the studio in an IPO valued at $1.2 billion.
Visit Hsquared Magazine to listen to our latest collection of music. http://hsquaredmagazine.com/music/
An excerpt ...
Featured Articles on Hsquared Magazine for the Week: U.S., Canadian and European Bishops Call For Solidarity and Support for Palestinians | NewFind York's Attorney General Reaches Settlement with Citigroup Global Markets Over Investment Fraud | Rick Perry Regrets His Former Statements on the Department of Energy | James Joyce Self-Published the poem "The Holy Cross" When He Could Not FInd a Publisher http://hsquaredmagazine.com/featured/