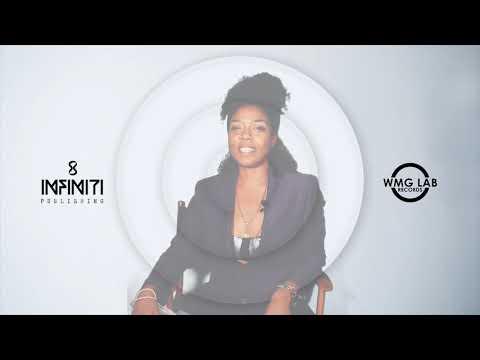 Lock down again !!! Bacchanal with Candela like it & keep your self entertained !
Candela Infiniti Infiniti Music Pub 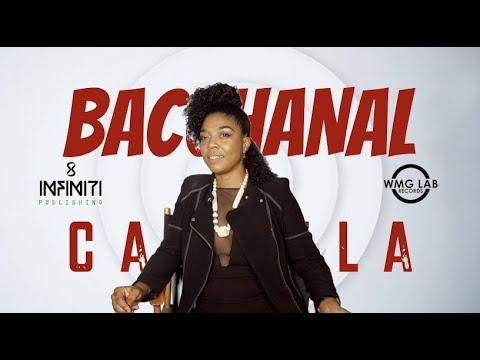 Welcome CANDELA the First Lady of @WmgLab Records Candela is the President at INFINITI PUBLISHING T&TWatch her address to the nation at 7pm, on Bacchanal wi...

Some come one, come all.

Welcome to the BIGGEST EVENT of the century!

We're rolling out the Trailers on www.rollywoodfestival.com.

Also we have the nominees for the movies listed as well.

This is for a LIMITED TIME ONLY!

You are hard at work in your craft.

You're trying to make people picture your film like Kodak.

It's not always going to be fun.

It's not always going to be enjoyable.

You tell everyone including your family making film is your passion.

In order to be the best filmmaker, you have to push the boundaries of your industry.

That starts with pushing the boundaries of your own personal limits.

1. Focus on the process

You will have be ok with spending a lot of time and money for little to no return at first.

You will spend a lot of time writing a script, finding cast and crew, filming without an advance or getting paid for it.

To get through this, learn to focus on the process. Focus on making the film instead of focusing on the film.

This will help you to make progress quicker and get through the rough patches.

2. You should develop an evening routine.

You've heard of developing a morning routine to start your day.

You will also need an evening routine to unwind from the day.

One thing to do is to meditate for 30 minutes.

Another is burning vanilla candles. It is said to help calm your nerves.

But learn to relax. It will help you be better rested for the next long day of filming.

3. Learn how to deal with conflict

If you are to be successful in anything, you will have to learn conflict resolution skills.

Every good film has a conflict that the main and supporting actors have to find a solution to.

Making that same type of film is no different. Directors will have disagreements with crew and cast members.

Cast members' egos will collide. You will have to learn how to better prevent conflict.

You will also need to have a plan in place on how to resolve conflict when it arises.

One way to do this is to be upfront with everyone on how conflict will be resolved in the beginning.

Also get your cast members comfortable enough before you began filming to discuss any potential problems that may come up before filming.

It's better to know beforehand so you can address it than to be caught by surprise.

What are some techniques that help you to mentally prepare for making your films?

New year, new movies! Get ready, 2021 is going to be packed with action, adventure, and fun movies at Caribbean Cinemas! What movie are you most looking forward to watch on the big screen?

You know why most New Year's Resolutions fail?

Change your life and YOU will become a part of something NEW.

The show will stream live from Candice's facebook profile.

There will also be 2 more episodes this Thursday and Friday morning at 11 a.m. Atlantic Time.

This week we will talk to the actors of Soca Prison, Bachak Man and more.

Happy New Year's to You All.

Let's bring it in the right way!

Join in the celebration, Season One, we focus on the
filmmakers, cast, and crew participating in the
2nd Annual Rollywood International Film Festival.

whatever it is Trinibago people know how to CELEBRATE life…

it’s a carnival after all,
in ANY weather...

virtual,
at home
or abroad,
the building isn't BIG enough.

Film Festivals are exciting.
Carnival Season is even extra,
the Soca music switch is on Boxing Day - that's when our radio stations commit to playing Soca Music till Ash Wednesday.

We are going to experience something new in 2021,
attend a film festival, that is virtually like a Carnival Royale ™

The ROLLYWOOD International FILM Festival is at home again on the island of stars, Trinidad and Tobago.

well virtually is a guarantee, since the future is now.

In a recap of 2020, at our Film Festival Theatrical Premieres,

we interacted with GREAT people in person, the question is "will we be safe?

In 2021, be sure to social distance and wear your mask up to save cinemas.

We will still have THE OPTION to attend cinema premieres around the world theatrical tour, with the Audience Choice Winners of the Rollywood International Film Festival.

Where Culture is essential. Just so you’re always prepared, to have fun and virtually explore from your comfort zone.

At every film festival, while you meet interesting people, you also meet some characters.

Here are 5 types of personalities you will see at your next film festival, including yourself...

Imagine the wide-eyed kid in a museum.

These people interested in furthering their creative careers e.g. students, talent and crew. They are all about absorbing as much information as possible.

Their eyes aren't big enough to absorb all of the information around them. They seek as much knowledge about the film industry, who's who in the industry and of course the awesome film and festivities.

In this group, you'll definitely see future talent learning how to be...

You of course are going to have your celebrities, entrepreneurs, executives, aggregators, distributors, directors, actors...

These are the serious people.

Even if they signed up for the Olympics, they would act like they had a sprained ankle and play no games.

These are the people that are hoping to strike a deal or talk about getting a movie going. They come to the festival to find talent whether it be an actor/actress, script writer or film director.

They came to the party to create another party.

Look at their feet.

Too late, they're right in front of you now.

Ladies and gentlemen, you have your avid movie buffs, critics, influencers.

If you're a star, they want your attention.

What movie premiers without its critics?

What movie has been released where one can quote the entire movie,

(I can't even remember where I parked sometimes, so props to them...)

4. The Life of the Party

It's not a party if you don't see them there.

(You'll learn a lot about Trini culture, while there.)

The party-goers are the ones who make the roller coaster...by screaming on it.

An important part of Trini culture is the party...better yet known as the carnival.

So come down to the festival and have a great time.

You think clearer when you are calmer...so party on.

5. The Serious and Mysterious Figure

The artists and intriguing personalities, quiet, serious, and mysterious people who make it happen...and you.

You are the ones that are quietly observing everyone, not because you're learning about the industry.

You are planning to take over the industry.

Well, at the film festival, you are at the right place.

We welcome you with your mysterious ways...you.

Film festivals like ours are welcome all types of people.

Diverse people, from diverse places where nothing is normal,

who improvise to improve lives,

a matter of fact you are doing sufficiently to connect with the characters in our favorite movies the Caribbean and foreign films, is now the order of the day.

"Watch your contents, I am telling you"

said, Comedian Sprangalang Hall, may he rest in peace,

we honor the legend of the imaginative filmmakers who influence the stars among, us to rise today.

Which type of film festival attendee are you?

Choose the number which best describes you and put it in the comments below!

Have you wondered how film directors create great films?

WE don’t have to have a million dollar budget to get started.

WE have a plan, drive and some movie equipment to get started.

HERE are 4 steps for YOU to make YOUR FIRST film right!

This is where winners are born.

This is where the scripts are written.

This is where the schedule for the:
*movie scenes,
*actors/actress’ and crew salaries
*locations and productions
*post-production

The right questions have to be asked here?

WE find the right solutions for producing your movies.

Who is our target audience for the movie?

What is our movie production and marketing budget?

Who are the main characters?

Who are the key crew members?

Who is the right talent, writer, producer and director for the movie?

These questions have to be sorted out before moving forward.

“There are 4 minutes until lights!”

YOU have heard it before.

YOU WILL hear it again from me.

“You have to be like a soldier in combat, always ready to find a way to navigate the changes.”

“You have to solve all

Even if you have a plan, even the obstacles and limitations you have to find a way to solve all of that

You need a sense of urgency and make the best you have of things.

But you would be a fool to go without one.

YOU decide the script of the movie.

YOU delegate who is in charge of casting the actors, the production crew, the distribution, the actors/actresses, the costumes, the cast’ makeup, editing, etc.

This is also the place where everything can go wrong.

It’s ONE thing to have an idea.

It’s another idea to have it BECOME a thing.

Here you will have to adapt to:

It takes energy to improvise and be able to adapt to change.

Especially in a chaotic environment.

Where egos of actors'/actress’ and directors' clash.

Where the rain could change or extend the length of shooting for a particular scene.

But you have to perform under these stressful circumstances.


4. Reconciling & Rendering is a necessary process.

Acting takes a lot of energy.

A lack of energy takes its toll on YOUR BODY AND YOUR MIND.

Getting into character takes even more energy.

At the end of filming, everybody is exhausted from having to deal with each other.

Scenes that you worked hard to shoot can be deleted.

Deleted scenes are hard to part with...so having a proper strategy is important.

What are we going to do,

The future is Now!

Subscribe now to Rollywood.TV Beta The leader in over the top technology. Your gateway to a diverse universe. New Movie Premieres Coming Soon !

Be the first to know and let us send you an email when R O L L Y W O O D posts news and promotions. Your email address will not be used for any other purpose, and you can unsubscribe at any time. 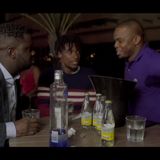 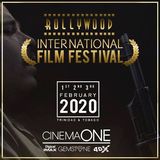 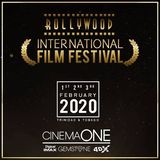 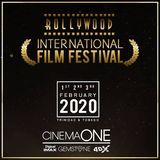 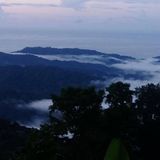 ROLLYWOOD.TV ™ [Subscribe] Over the top streaming, multichannel interface, wherever you are!