We offer fully remote capability for all our audio services.

Jeff Staple, Rico Nasty & a Squad of Disruptors Explain How They Built Empires

"A disruptor is someone that goes against the establishment, someone who questions the rules, someone that puts a spotlight on other possibilities." Check out this short film with five amazing disruptors who use ASUS ROG devices to innovate.
(Sound Designed and Mixed by Diana "Dee" David)

ROG has rounded up a squad of disruptors to explain how they made it on their own terms in industries from hip hop to streetwear to tattoos and beyond.

We did it all - casting, mix, record and sound design for Northwell radio. Take a listen!

Had a great time when Drew Barrymore came up to record. Here she is with Studio Manager Josh Moyer and Engineer Nick Long.

OMG! Season 21 of FAMILY GUY is out this Sunday 09/25 at 9:30/8:30c on Fox TV. It’s always great when Alex Borstein comes in for these records. VO sessions engineered by Nick Long.

Things may never be the same for your favorite #90DayFiance family. Follow the adventures of Chantel Everett when you catch up on the latest, shocking season of "The Family Chantel." All episodes are now streaming on Discovery Plus. Mixed by Diana "Dee" David.

You’ve never seen the Bat-family quite like this! We had so much fun recording the cast of your kids' new favorite TV show. "Secret Origins of the Batwheels" is vrooming to Cartoonito on @HBOMax on 9/17.Remote VO sessions engineered by Diana “Dee” David

Start your engines! It's time to meet Gotham's newest super heroes in Secret Origins of the Batwheels! Coming September 17th to HBO Max and Cartoonito.DC Kid...

Check it out - SHOOT Magazine!

We had a blast when Alex Borstein came up to the studio to record FAMILY GUY (FOX) and THE MARVELOUS MRS. MAISEL (AMAZON PRIME VIDEO). Engineered by Nick Long. Had a great time, as always, when Paula Zahn came up to record another season of her longtime hit, ON THE CASE WITH PAULA ZAHN. The Emmy Award-winning journalist has been unraveling criminal investigations now for 24 Seasons. Tune in on Discovery Plus.

Had a great time, as always, when Paula Zahn came up to record another season of her longtime hit, ON THE CASE WITH PAULA ZAHN. The Emmy Award-winning journalist has been unraveling criminal investigations now for 24 Seasons. Tune in on Discovery Plus.

Epic time when Bill Nye recorded ADR for his new series, THE END IS NYE, where the Science Guy is sent into global disasters and proves how to survive or prevent them. Streaming today on #PeacockTV - check it out. Live today! Watch what happens when recently released inmates re-enter society as roommates with the everyday people who welcome them into their homes. Max Conklin did the mix for this docu-series premiering on A&E.

Grab those hard hats and fasten that tool belt, a Looney construction crew is heading to town! Bugs Bunny Builders is coming to Cartoonito on Cartoon Network... Do you have 20th century analog equipment in need of repair? “Midnight Bob” Shuster, former POMANN technical engineer, is your guy. Bob Pomann drove out to Shuster Sound (Smithtown, LI) to get the caps replaced on his 25-year-old mic preamps. They don’t make ‘em like they used to. Bonus: Shuster also raises goats on the premises.

Big thanks to POST Magazine for their writeup about our work on the new Apple Original animated series “Duck & Goose.” Shout out to Pomann’s supervising sound editor, Justin Kaupp, who takes us behind-the-scenes on his innovative and natural sound design. https://bit.ly/3OblUMM

Post Magazine is dedicated to serving the most intensely dynamic segment of the entertainment industry: Post Production. Post magazine has over 25 years of experience covering this business.

SOUND WAVE, Day 7: From Salem to Plymouth and that's a wrap. What a great week at sea!

SOUND WAVE, The Beginning: Bob is psyched to be on a week-long journey aboard his brother's yacht, the Sound Wave! He set out this morning on a 50-mile sail from Mattapoisett, MA to Cape Cod. Stay tuned.

Duck & Goose, the APPLE ORIGINAL animated kids' series is LIVE today! POMANN SOUND, known for sonic storytelling, completed mix and sound design for Season 1. Check out the trailer for this series, inspired by the NYT bestselling books by Tad Hills.

Based on the award-winning children's book series by Tad Hills, feathered friends Duck and Goose couldn’t be more different, but they’ve figured out how to b... I had a great time talking with Bobby O on his podcast, Inner Circle. Check it out!
https://bobbyoinnercircle.com/episode-426-californias-7-year-law-evolving-songwriting-and-sound-designer-bob-pomann/

Bob Pomann’s takes some cool race car Foley in Montreal at the Canadian Grand Prix, that returns to the Formula 1 calendar for the first time since the start of the pandemic. The 2022 Radio Mercury Awards winners will be presented on Thursday, June 9 at SONY Hall in New York City. Kudos to POMANN SOUND’s Justin Kaupp and Bob Pomann, who are both on the judging panel. Meanwhile, check out this Mercury Awards interview with Bob.

Realscreen U: Max Conklin on creating the best mix for reality TV

Kudos to POMANN mixer/sound designer Max Conklin for his great column in Realscreen magazine about mixing for the unscripted format. Check it out:

For new talent in the unscripted and non-fiction production community, knowledge is power. In ‘Realscreen U,’ we present a series of op-eds offering the next generation of creatives and decision-makers ...

Bob picked up great SFX at the Inaugural Formula One Grand Prix in Miami, adding to his 20-year library of recording F1 sounds. It was a blast. Vroom.

Engineer, Nick Long, the newest addition to the POMANN SOUND team, was honored to do the mix on a special presentation "90 Day Diaries: Ukraine." Airing on TLC, it will also make its way to Discovery Plus.

The empathy for their wartime struggles makes you wonder: Where was it before?

By Bob Pomann Looking back, the idea of all-remote recordings all the time seemed an unlikely possibility. We had no clue what we were really in for. Only now, two years later, and not quite out of…

Pomann Sound remembers the joy, talent and sheer hilarity of the gifted Gilbert Gottfried with whom we had the great pleasure to work with. He came up to the studio every week for 50 weeks to record Aladdin, and we all became friends. Our deepest condolences to his family. May his memory be for a blessing.

Life in the Fast Lane! On a client trip to Los Angeles, Bob got his Indy Car Experience on race day at the 2022 Acura Grand Prix of Long Beach. Plus a fast hang with racing driver superstar, Mario Andretti.

Listen to this! Yep, it’s the original radio ad for the 1976 Dino De Laurentiis hit, King Kong, with Adolph Caesar as the announcer. A 19 year-old sound engineer named Bob Pomann worked on the spot - earning him a Clio nomination.

We loved seeing blockbuster filmmaker, M. Night Shamalyan, who swung by POMANN SOUND to chat up his recent thriller, “Old” on the PBS podcast American Masters: Creative Spark. Shamalyan’s hit, “Servant”, Season 3, is available now on AppleTV+. Might there be a supernatural plot and new twist ending in Pomann’s future?

Kudos to POMANN SOUND mixer/sound designer, Justin Kaupp, featured in POST magazine for his work on the WE tv reality series, "Love After Lockup." Now in its 4th season, Justin has mixed over 200 episodes.

Post Magazine is dedicated to serving the most intensely dynamic segment of the entertainment industry: Post Production. Post magazine has over 25 years of experience covering this business.

Pomann Sound updated their info in the about section.

Pomann Sound updated their info in the about section.

Kudos to Martin Short who took time out from his Hulu hit, “Only Murders in the Building,” to do a voice record for a project at POMANN SOUND. Was a great reunion for Martin and Bob who last worked together in 1984 on “Saturday Night Live.”

Giant score for POMANN SOUND who welcomes two-time Super Bowl-winning quarterback Eli Manning into the huddle. Had a blast doing a remote recording of the new spokesperson for Investors Bank with longtime client, Source Communications, creator of the winning campaign.

Big thanks to 1 Trick Pony for the awesome job telling our story thru their amazing digital design. And the cool, vintage logo was designed by Emmy award-winning Art Directors Hall of Fame, R.O. Blechman.

Pomann Sound is an Audio Post Production Studio based in NYC for over 35 years, we specialize in audio services for TV, Film, Commercials, Radio & Web.

Take a break this Thursday afternoon and zoom in to see our very own Bob Pomann speak with the PNYA about being an entrepreneur. Registration link below!
.
👉 https://www.postnewyork.org/events/EventDetails.aspx?id=1474787
.
.
#pnya #audiopost #nyrecordingstudios

Bob Pomann went to the Northwell Hospital announcer's home in Brooklyn last Friday to set up a recording system in anticipation of a possible shutdown in NYC. She recorded the spots on Monday directed at home via Skype and sent to our mixer Justin Kaupp who mixed the spot, which was then sent out for millions of listeners to hear.

We are all very proud to get this 30 second radio message out!

After 35 years of serving the audio-post industry from our midtown location, Pomann Sound NYC is now Pomann Mobile!

We are closely monitoring the Coronavirus (COVID-19) outbreak and will adhere to advice provided by U.S. federal officials.
Here is our update, at present:

We will be operating with a limited crew in the studio, in accordance with state guidance. Our sound engineers are set up to work from home. We have software solutions that allow for remote mixing and recording with Internet connections that allow you to see and hear the process in real time at home.

We are also offering mobile records, if safety allows. Engineers can travel to talent for your voiceover and ADR needs.

Pomann Mobile is here to help all of our loyal clients through this new age. Thank you for your continued support.

Be the first to know and let us send you an email when Pomann Sound posts news and promotions. Your email address will not be used for any other purpose, and you can unsubscribe at any time.

Send a message to Pomann Sound:

We did it all - casting, mix, record and sound design for Northwell radio. Take a listen!

The 2022 Radio Mercury Awards winners will be presented on Thursday, June 9 at SONY Hall in New York City. Kudos to POMANN SOUND’s Justin Kaupp and Bob Pomann, who are both on the judging panel. Meanwhile, check out this Mercury Awards interview with Bob.

Listen to this! Yep, it’s the original radio ad for the 1976 Dino De Laurentiis hit, King Kong, with Adolph Caesar as the announcer. A 19 year-old sound engineer named Bob Pomann worked on the spot - earning him a Clio nomination. 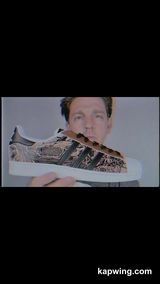 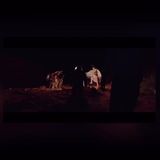 Hey Sound Lounge Heard City Sonic Union Digital Arts NY Pomann Sound Soundtrack New York and anyone else looking to connect for remote vo this week - Whatcha'll need? Contact me here or on my website or through the office at A3! (SourceConnect ID kathykeanevo) A3 Artists Agency #coronawontkeepusdown
x