Brasilian skateboarder Leticia Bufoni looks to take the world by storm, one tre flip at a time.

Check out our new release for Net-a-Porter, directed by Raf Stahelin and edited by Bunker Media http://bunker-media.com/

Our recent Project with Janusz Kaminski and The New York Times - Making a Scene with the years best big screen performers in 11 original short films
http://www.nytimes.com/interactive/2013/11/25/magazine/2013-making-a-scene-movies-issue.html?hp&_r=0#

The actors who gave the year’s best performances star in one-line films created by the Oscar-winning cinematographer Janusz Kaminski.

Shop for women's designer beauty by Tory Burch, from perfume, makeup, bath and body products at ToryBurch.com. For the latest beauty products every season, talk to Tory.

2013 Red Competition Finalist Maria Burns!
Her film is Edited By Bunker Media, Lighting and Camera by B2Pro and Production by Prime Pictures
http://www.red.com/shot-on-red-film-festival-2013/?utm_source=email&utm_medium=email&utm_campaign=SORFF_Dec2013

Lighting by B2Pro, Produced by Prime Pictures and Edited by Bunker Media
Elite Traveler May/ June Shoot and Video
http://www.elitetraveler.com/features/behind-the-scenes-at-our-mayjune-2013-fashion-shoot

Fashion May 29, 2013 ShareBehind the Scenes at our May/June 2013 Fashion ShootShareWe take you behind the scenes at this season’s mega-watt metallics and 3D texture fashion shoot.

Vogue.TV takes you behind the scenes to see the world's greatest creative forces at work. Find the latest in fashion, beauty and culture and watch interviews...

Balance: Held Together by a Feather | TIME.com

Artist Maedir Eugster usually performs his balancing act in front of a crowd under spectacular, colored lights with the Rigolo Swiss Nouveau Cirque. But when photographer Tobias Hutzler saw the performance, he visualized a different approach

Shot by B2pro and Edited by Bunker Media. The amazing part about this video is the magnet is the size of the tip of a pen! Custom B2Pro Red Lens Mount with Mamiya 140 Macro Lens
http://vimeo.com/57881882

Video: Behind the Scenes of Bruce Weber’s Hollywood Portfolio

Our latest production, according to Oyster: "... possibly the smartest and funniest fashion film yet?"

Vimeo is a respectful community of creative people who are passionate about sharing the videos they make. Use Vimeo if you want the best tools and highest quality video in the universe.

Edited by Isaac at Bunker Media

'Vava Voom' is the title cut from Bassnectar's upcoming album, out today on Amorphous. The hypnotic number features rhymes from a favorite of Bassnectar's, Lupe Fiasco. I wanted to make kind of a hip-hop, dubstep experiment with him and he was down, Bassnectar tells Rolling Stone. Prepare for some s...

The Economist quotes The Model Alliance as Brainy models and a global talent pool are changing the catwalk.


ON FEBRUARY 17th London’s spring fashion week begins. Across the capital, young women in vertiginous shoes and skimpy dresses will be teetering along catwalks. 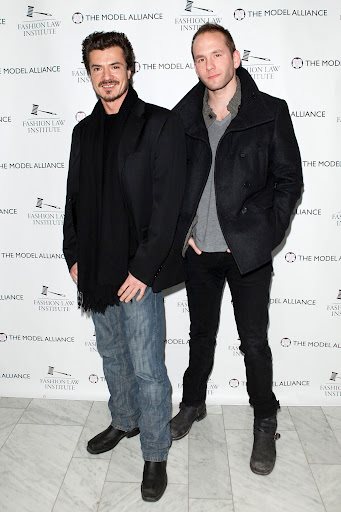 Christopher Plummer discusses relaxing in front of a camera and his own lack of pathos.

Models in the US have launched a rights group calling for workplace standards in what is a largely unregulated industry.

Be the first to know and let us send you an email when Bunker Media posts news and promotions. Your email address will not be used for any other purpose, and you can unsubscribe at any time.

Send a message to Bunker Media:

“A Touch of Evil” - Glenn Close

“A Touch of Evil” - GEORGE CLOONEY

GEORGE CLOONEY in The New York Time’s “A Touch of Evil” directed by Alex Prager. Cinematography by Ross Richardson. Shot on RED Epic and Scarlet with Co-production capture, lighting, camera, and crew provided by B2Pro and Associate Editors Bunker Media.

Alter / Egos: Glenn O'Brien for Plum TV. Glenn O'Brien talks about his alter egos as both a style icon and a comedian. He describes being a writer in New York City, what it was like working for Andy Warhol, his television show, TV Party, and his love for making people laugh. Directed by Alison Chernick Edited at Bunker Media http://www.plumtv.com/videos/alter-egos-glenn-obrien

Interview with Francisco Cost on Minimalism

Interview with Fransisco Cost the Creative Director of Calvin Klein Women's Wear. For the Launch of the Vogue Russia App! Directed by Ruy Sanchez Blanco Edited at Bunker Media

Directed by Alexander Hankoff for the 'Paper' issue of BG MAGAZINE Supplement video for March 2011. Edited by Nuno Xico at Bunker Media

story behind the story: “I was fortunate enough to work with Andrej after the grueling week he had of running to fittings and shows. We shot from midnight to 3AM. The Narcissus myth is a theme I’ve wanted to explore for years and when given the opportunity to shoot Andrej, I knew he would be perfect.” – Alexander Hankoff