Big ups to Whitehouse for taking home the Silver as Best Editing House of the Year in the 2021 Shots Awards!!!

Celebrating exceptional creative work. shots Awards spotlights and celebrates the best work from across the globe. From TV spots, to online films, music videos to new technology and the companies and people behind them. 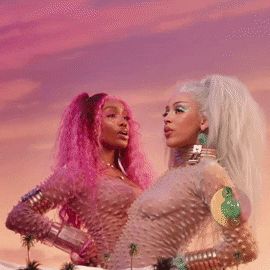 Congrats to Tool of North America directors Floyd Russ and Wes Walker for shortlisting for the CLIO Awards!

Huge congratulations to Tool of North America director Floyd Russ whose new feature film “Ayar” (about a first-generation American Latina who returns home to reunite with her daughter during COVID) will have its world premiere this Thursday (March 18th) at this year’s SXSW festival!
⁠⁠
Head to https://www.instagram.com/toolofna/ and check the link in bio for tix!

Huge congratulations to Tool of North America director Floyd Russ whose new feature film “Ayar” (about a first-generation American Latina who returns home to reunite with her daughter during COVID) will have its world premiere this Thursday (March 18th) at this year’s SXSW festival!
⁠⁠
Head to https://www.instagram.com/toolofna/ and check the link in bio for tix!

DoorDash Is Going to the Super Bowl. So Are Other Brands That Did Well During the Pandemic.

So proud of our production partner Partizan, director Michel Gondry, The Martin Agency, DoorDash, and Sesame Street for bringing joy back to the Super Bowl!

The ‘Da Vinci of Debt’ installation by @baitshoppe for @naturallightbeer is comprised of is composed of 2,600 genuine college diplomas, with a total cost of roughly $470 million, technically making it the priciest artwork in history. Leonardo da Vinci’s 500-year-old painting “Salvator Mundi” actually holds that distinction, having sold at auction for $450 million in 2017.

Thanks to everyone that donated to our fundraiser, we raised $29,000 for @feedingamerica !!!

A huge thank you to our production partners for being involved.

Please check out the @nytimes link below if you’d like to learn more about food insecurity and those that are suffering.

Best Socially Responsible Advertisements and Campaigns of the Month Dec 10, 2020

#1 to Sweetshop director Nicholas Jack Davies for his nhs.uk film "The Gift"

Share your videos with friends, family, and the world

Lady Gaga Oreos Are the First Monster Collab of 2021 – Adweek

Fans will also be able to create "Oreograms" for friends and loved ones via a site called "Sing It With Oreo." A QR code on Oreo packaging will direct consumers to the promotion, which runs through April 30, 2021.

CPG Lady Gaga and Oreo Just Announced a Monster of a Collaboration Themed to her album Chromatica, Lady Gaga Oreos will be released in 2021By David Griner|1 day agoLady Gaga's signature Oreos have pink cookies and green cream.OreoShare Lady Gaga may have hit the global pop music scene as an intimida...

The Queen and The Crown: A Virtual Exhibition of Costumes from “The Queen's Gambit” and “The Crown”

Only MediaMonks bring the top tier, interactive Queen Content you've been looking for.

What’s better than enjoying the beauty of Netflix’s The Crown from the comfort of your couch? A 360-degree view of those epic costumes that lets you zoom in on Queen Elizabeth’s suits and Princess Diana’s wedding dress.

The Brooklyn Museum's latest virtual exhibit, “The Queen and the Crown,” makes it all possible.

Created by Netflix and curated by the museum, the display offers a special look at the clothing featured in The Crown and in the streaming platform’s new chess miniseries, The Queen’s Gambit.

An intimate look at the costume design of Netflix’s upcoming seasons of The Queen’s Gambit and The Crown, curated by the Brooklyn Museum.

Ford vehicles offer a feature that can sterilize the interior

In Covid times, we are limited in what we can shoot and therefore, our friends at BBDO New York asked Laundry if they could create a full CG car spot for Ford Motor Company from scratch with an aggressive schedule and we accepted the challenge.

In just three weeks, ECD Jayson Whitmore directed this killer spot which illustrates how Ford vehicles offer a feature that can sterilize the interior by running an internal heat system up to 133 degrees Fahrenheit.

Jayson and the team worked tirelessly using Cinema 4D and particle generators for the entire spot, compositing in After Effects.

A suspenseful experience for The Flight Attendant with Kaley Cuoco.

Warren Fu of Partizan partnered up with Travis Scott to bring PlayStation fans a unique, innovative unboxing experience for the launch of the PS5.

It’s unlike any console marketing I’ve ever seen.

There’s no one way to find one love. Inspiring new work from @nottoscalehq and director @krismerc

@wearejam3 and @nfbcchangethenarrative picked up another @fwa yesterday with Yesterday, Today, and Tomorrow. The interactive website uses Twitter data to illustrate our thoughts and feelings during this unprecedented global pandemic. The hope is that, we learn together so this shared pain doesn’t go to waste. #culture #data #datavisualization to #covid_19 #digitalmarketing #digitaldesign #empathy

Level up that selfie-game with Julian Edelman

'My People, My Power' created with Kris Merc at Not to Scale and Facebook to celebrate Latinx & Hispanic Heritage month

'My People, My Power' created with Kris Merc at Not To Scale and Facebook to celebrate Latinx & Hispanic Heritage month

"Smart brands are taking advantage of this new consumer relationship and, in a quarantined world, are finding new ways to engage their community."

The strategy team at Jam3 put together a report on The State of (Product) Drops.

The latest @fwa win from @mediamonks lets you “dive into the who, what and wheres of @netflix mind-boggling time-travel saga DARK. Beautifully designed, animated and orchestrated, the gloomy guide lets you explore the show’s characters, places and events without having to be afraid of spoilers.”

Congrats to Aisultan (AIS) Seitov at Partizan and Blythe Haaga at Cap Gun Collective US for being selected for the 2020 Shoot New Directors Showcase!!

SHOOT® Magazine, the leading publication for Film, TV & Commercial Production and Post, today announced the names of the 34 individual directors and the directing duo who made the final cut to be included in the SHOOT 2020 18th Annual New Directors Showcase.

What a week. What a year.

Latest Autotrader from The Bobbsey Twins from Homicide, Artjail, and our friends at 72andSunny! ☀️

Directed by Luke Monaghan and edited by Lizzy Graham!

Caldera Arts partners with youth and artists to build transformative art and environmental programs that drive cultural and social change.

Director team WATTS collaborated with Wieden and Kennedy to create this amazing film that is helping fundraise for the organization.

Be the first to know and let us send you an email when Hustle posts news and promotions. Your email address will not be used for any other purpose, and you can unsubscribe at any time.

Send a message to Hustle:

Ford vehicles offer a feature that can sterilize the interior

Level up that selfie-game with Julian Edelman

'My People, My Power' created with Kris Merc at Not to Scale and Facebook to celebrate Latinx & Hispanic Heritage month

Caldera Arts partners with youth and artists to build transformative art and environmental programs that drive cultural and social change. Director team WATTS collaborated with Wieden and Kennedy to create this amazing film that is helping fundraise for the organization.

Tool of North America and Quaker City Mercantile teamed up in this hilarous ode to spaghetti westerns with the quickest wit in the west, Paul Briganti directing.

Lobo.cx in partnership with Hive launch their new Give Bold #GetEqual campaign

Lobo.cx in partnership with Ahiveco launched their new Give Bold #GetEqual campaign today! Through this campaign Women Moving Millions will be making a bold commitment themselves to mobilize $100 million in new funds for organizations working to improve the lives of women and girls by 2022 and seeking to encourage others to join them to address the funding gap.

Jam3 AI Deepfake of The Weeknd for Spotify

Jam3 worked with Spotify to create a dynamically generated, AI-powered personalized experience w/ The Weeknd using listening data. DM with Q's or for the link

@mediamonks bringing LiveXP to virtual life. It will one day rule us all, but until then enjoy the ability to make better virtual events, conferences, and product launches. Deeper dive, link in bio.

A huge congrats to the team at MediaMonks, Mastercard, and McCann for the The Webby Awards win for Impossible Mascots!

👉🏻 Super slick new VanMoof product to launch 👉🏻 Pivot from IRL event to virtual launch 👉🏻 6 weeks to pull it off* (*not recommended) How did it go? "The ​product is moving twice as fast as during any previous launch in the company’s history.​" Resn bringing the 🔥

Dumb in all the best ways the internet has to offer. @hulu has sports and a great sense of humor. Great work by @mediamonks and Big Family Table. www.huluhaslivesports20.com 🏈🕹🔥

Take the edge off your post-AICP experience with some Taco Bell Nacho Fries. This one has it all: Opportunistic Hollywood agents. Unbridled passion towards game-changing spices. Sudden fame followed by hunger, heartbreak, and loss. Thanks to Deutsch for bringing Neighborhood Watch director Jeremy Saulnier (True Detective, Blue Ruin) on to helm this masterpiece.

"Bandito" with 21Pilots, Spotify, and Resn

Spotify and Resn teamed up to create this immersive video with twenty one pilots. Inspired by their metaphorical city of Dema and the surrounding valley known as “Trench.” The unearthly video, set to the tune of "Bandito," drops fans via a microsite on an exploration through Trench, where they aim to find their freedom.

The #1 thing millennials are saving for is avocados and Tatoos!! So The Bait Shoppe build Qapital their very own tatto parlor to show the power (and permanacy) of a banking app that makes it easy to fund your future.

For Dolby's ongoing site-specific installations at its unique gallery space in San Francisco, Bradley G Munkowitz and Tool of North America created an augmented reality audiovisual quest across the stars. Asteria, inspired by Nasa's Jet Propulsion Laboratory and cosmic mythology, consists of a 3-act, mobile AR experience for iOS devices synchronized with a 12 minute film that plays on loop on the gallery’s 64-foot LED wrap around wall.

Future of retail for adidas speedfactory by Resn

Wieden+Kennedy and MediaMonks teamed up to create the Game of Go for Nike. If you are in LA, give it a try.

If you're in LA and want to experience some amazing work, go see Resn and checkout their adidas installation. Open today and tomorrow from 9am - 9pm!
The casting platform that has powered casting directors for films such as Star Wars: The Force Awakens, Spectre, Wonder Woman and many more has launched in New York! US background artists can apply NOW! us.wegotpop.com