Every night, a NYC VIBE video team is on the red carpet, backstage, behind the scenes and interviewing stars, celebs, directors, producers, singers, dancers and legends.

Sunday, April 3, 2022 - NYC VIBE was invited by actress and activist Shakina Nayfack who was inspired to organize this gathering following a conversation with her friend, the award-winning Ukrainian journalist Maxim Eristavi. The musical tribute was made possible by partnership organizations Times Square Alliance and Broadway Cares/Equity Fights Aids, with support from Broadway Advocacy Coalition and The Broadway League.

November 2021 - New York City: The Council of Fashion Designers of America celebrated the winners and honorees at the 2021 CFDA Fashion Awards at an intimate ceremony at THE POOL + THE GRILL in New York. Presided over by Tom Ford, Chairman of the CFDA, the evening brought together a mix of American designers, brands and organizations from across the American Fashion Industry, as well as international brands.

NYC VIBE was on the arrival red carpet to talk with the stars, celebs, fashion designers and influencers and watch the awards ceremony inside.

It was Ronnie’s night at the recent 2021 Fashion Group International annual awards night when the Kith founder was honored at retailer of the year.

NYC VIBE caught up with the Queens native to learn how he does it.

NYC VIBE wanted to know what the fashion industry's top designers are now creating for the new business and social world we now live in. So we were invited to the 2021 Fashion Group International's annual Night of Stars awards ceremonies to talk with the global design and fashion creators, organizers and thinkers to see what they are working on and how the pandemic has changed the fashion industry's perspective on how they plan to dress us.

This year’s Superstar and Lifetime Achievement Award winner Tommy Hilfiger told us that everything has and will continue to change and he is more focused than ever on reading what the customer wants - The Founders Award recipient Norma Kamali said her motivation continues to pull her forward though dedication to sustainable fabrics - while Roberto Cavalli's Fausto Puglisi, the Fashion Star Award recipient said that while this a challenging time for the industry is the most exciting time as well to re-invent itself.

Fernando Garcia and Laura Kim, the creative team from Oscar de la Renta and Monse, were awarded as the Vanguards and said this will further motivate them to do more for up and coming designers as well as challenge themselves
The retail honor went to Queens native Ronnie Fieg who created Kith more than a decade ago and was presented the award by former NY Giant Victor Cruz.

The Beauty Award was handed to Professor Augustinus Bader.

The mission of Fashion Group International is to promote educational programs devoted to fashion and to the study of fashion related businesses through the creation and awarding of scholarships; establishment of internship programs; provision of career counseling services.

The group organizes and arranges sponsorship of seminars and other educational activities on a national and worldwide basis.

NYC VIBE with the Designer Who Invents New Outfits While Reinventing Himself - In Earnest!

NYC VIBE with the Designer Who Invents New Outfits While Reinventing Himself - In Earnest!

We first met Byron Lars back in 1991 when he was named “Rookie of the Year” by Women’s Wear Daily.

Now more than 30 years later, and in the midst of a global pandemic, Lars is up to something again.

NYC VIBE sat down with the trendy designer to learn more about the In Earnest collection, which is inspired by Lars’s Harlem neighborhood, particularly the African street vendors and the treasures they sell on the street.

The native Californian reflects on designing clothes now for the business community still working from home but yearning to go out at night - on his many dresses worn by First Lady Michelle Obama and a career within a career designing a generation of Barbie girls that was the talk of the nation.

As a student at the Fashion Institute of Technology, Lars met the legendary Karl Lagerfeld at a fashion competition in Monte Carlo that changed his life and firmed up his commitment to the fashion industry.

Byron told us that casual everyday clothes are what American culture is about, and certainly in African American culture too. Historically it was about making a silk purse out of a sow’s ear, and I’m sure the lineage of that somehow expresses itself in what he is doing.”

The Collaboration of Fashion & Dance, supporting the Fashion & the Dance Communities of NYC

NYC VIBE Explores the Collaboration of Fashion and Dance, supporting the Fashion and the Dance Community of New York City

What happens when you merge the world of fashion, dance and music - you get StylePointe which is the creation of the visionary artist Sangeeta Yesley who is the Founder & Director of Creative Performances and produces creative works in NYC, supporting the emerging artists. She is a mother of three children, a passionate dancer, a dance choreographer, a singer, a painter, an actress, a sports person, as well as an administrator and an event organizer.

NYC VIBE was invited to witness firsthand the passion and talent exhibited by the six unique performances under the banner of “Moving Forward”.

September 2021 - Lower East Side, NYC: What happens when you merge the world of fashion, dance and music - you get StylePoint which is the creation of the...

The Many Saints of Newark tells the story of a young Anthony Soprano as he is growing up in one of the most tumultuous eras in the history of Newark, New Jersey. Soprano is becoming a man just as rival gangsters begin to rise up and challenge the all-powerful DiMeo crime family’s hold over the increasingly race-torn city. Caught up in the changing times is the uncle he idolizes, Dickie Moltisanti, who struggles to manage both his professional and personal responsibilities—and whose influence over his nephew will help make the impressionable teenager into the all-powerful mob boss later come to be known as Tony Soprano.

NYC VIBE discovered this movie has a completely different theme and direction than that of the HBO Soprano series.

The Many Saints of Newark film is slated for release in theaters nationwide on October 1, 2021 and will be available in the U.S. on HBO Max for 31 days from theatrical release

September 2021 - Upper West Side, New York City: The Many Saints of Newark tells the story of a young Anthony Soprano as he is growing up in one of the most...

The big news of the evening was Rise Founder and CEO Amanda Nguyen telling NYC VIBE at the inaugural event that a new United Nations resolution championed by Rise was introduced by Sierra Leone that seeks to enshrine access to justice for sexual assault survivors worldwide would be introduced during the United Nations General Assembly.

The fashion show claimed the phrase: “What Were You Wearing.” In fashion, this question celebrates identity, creativity, and influence. For survivors of sexual assault, it’s used to blame them for the violence that happened to them. In one context this question is empowering; in the other, it takes away survivors’ agency. Through Rise’s fashion show, sexual assault survivors will be able to reclaim this phrase.

September 2021 - New York City: Rise, a civil rights accelerator that empowers everyday citizens to pen their own rights into existence, hosted its first ...

NYC VIBE looks back at @jlo on the red carpet at last night’s, “In America: A Lexicon of Fashion” Met Gala #metgala #metgala2021 #jlojenniferlopez #jenniferlopez @metcostumeinstitute

NYC VIBE looks back at @badgalriri and @asaprocky on the red carpet at last nights, “In America: A Lexicon of Fashion” Met Gala #metgala #metgala2021 @metmuseum @metcostumeinstitute

NYC VIBE looks back at last night’s, “In America: A Lexicon of Fashion” #metgala #metgala2021 @metcostumeinstitute

Central Park Concert Halted when Lightning Struck Across the Sky

NYC VIBE was in front of the main stage when lightning struck across the sky interrupting the legendary Brooklyn native’s Barry Manilow’s performance.

The nearly 60,000 vaccinated concert-goers made their way out of the park to shelter from the rain which came down heavier and more bolts of lightning were see followed by thunder across the Manhattan skyline.

Bruce Springsteen, The Killers, Paul Simon, Elvis Costello, Patti Smith and Colombian pop star Maluma were all among the artists who were not able to perform because of the storm.

The concert started with the New York Philharmonic setting the optimistic tone with a New York themed set including “Arthur’s Theme - Best That You Can Do.

Jennifer Hudson, the star of the new Aretha Franklin biopic “Respect,” sang Puccini’s “Nessun Dorma” that was — associated with Franklin after she sang it at the 1998 Grammy Awards.

Saturday Night, August 21, 2021 - Central Park, NYC:NYC VIBE was in front of the main stage when lightning struck across the sky interrupting the legendary B...

Preparations for “We Love NYC: The Homecoming Concert" Produced by NYC, Clive Davis and Live Nation

NYC VIBE stopped off on the Great Lawn in Central Park this week to check on the stage and the venue coming together for “WE LOVE NYC: The Homecoming Concert produced by music industry legend Clive Davis, Live Nation and NYC Economic Development Chair Danny Meyer.

This historic, once-in-a-generation concert in Central Park will feature an array of music icons and contemporary artists spanning musical and entertainment genres.

As a celebration of New York City’s comeback, the concert will promote health, safety, and equity. Eighty percent of “WE LOVE NYC: The Homecoming Concert tickets are free with an estimated 60,000 people expected to attend.

Rich Little in his NYC Theatrical Debut: “Trial on the Potomac, The Impeachment of Richard Nixon”

Rich Little in his NYC Theatrical Debut: “Trial on the Potomac, The Impeachment of Richard Nixon”

NYC VIBE was invited by master mimic Rich Little to watch rehearsals for his just opened Broadway play: “Trial on the Potomac, The Impeachment of Richard Nixon”

Rich Little has a voice for every administration. Infamous for his skewering of political figures, Little has charmed, amused, intrigued and entertained politicians from here to his native Canada. He entertained at both of Reagan's presidential inaugurations and got to know the Reagans very well during that time. President Reagan used to tell Little, “You do me better than I do.”

The concept is a powerful one and these are the questions answered in George Bugatti's play-based on the book, “The Real Watergate Scandal,” by Geoff Shepard, a lawyer who worked in the Nixon White House during the Watergate scandal. Like the book that inspired it, the play brings to light Shepard's real-life findings, newly discovered evidence revealing a conspiracy to destroy the Nixon presidency. Bugatti's play, starring the legendary Rich Little in the dramatic role of Nixon, takes these revelations and puts them on trial, with new evidence and documents.

He has spent much of his career researching Watergate issues and is today the foremost authority on behind-the-scenes developments, both at the White House and the Watergate Special Prosecution Force, as the scandal unfolded.

He has written three books, given dozens of lectures, and written dozens of essays. He is technical consultant to this stage play.

As for the audience, they will make up their own minds after hearing and seeing the evidence!

NYC VIBE was invited by master mimic Rich Little to watch rehearsals for his just opened Broadway play: “Trial on the Potomac, The Impeachment of Richard Nix...

Be the first to know and let us send you an email when NYC Vibe posts news and promotions. Your email address will not be used for any other purpose, and you can unsubscribe at any time.

Send a message to NYC Vibe: 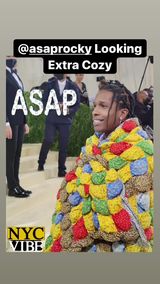