Sensible Reason, LLC is a Millennial Culture website with a bit of everything, for everyone. Music | Art | Politics

Tune in on twitch.tv/dirtybird tonight at 8pm pacific for some family fun on the Stroke Stream 🚣 Claude VonStroke

Head over early for Steve Darko he’s on now 👀

The Clam Jam is doing a Ladies Night 💃

Come swim in our stream! We are a crazy crew of artists of all kinds, brought together by the currents of life. As a collaborative clam fam, we make music, fashion, art, and celebrate creativity. Shine your shells, get inside the clam and dance with us in the virtual bubbles!

Khiva is back with the visceral vibes we all need right now!

On a personal level and undoubtedly for the collective as a whole, this year has been undeniably wild, visceral, tragic and strikingly beautiful in all its incarnations, and has offered such an amazing and necessary opportunity to tune into the heart more than ever, dig even deeper, reevaluate and recalibrate focus onto truth and love. I am honored to share this body of work and so happy for this release to mark such a pivotal and powerful blip in time for myself and the world.

With many of my lyrics, it is not until later I realize the multiple meanings they hold showing up in different places and situations to narrate or shine light, morphing and twisting like figures in the dark until the image becomes clear. A long and winding story, riddled with riddles, infinitely complex yet as simple as it gets. Merciless and absolutely perfect, it transforms. Life in the Midst of Decay.

I am so grateful for you. Love always.
K x

While we can't be together in physical form, DHtv has had a massive impact on keeping us connected to the best family on the planet through these strange times. Please join us as we dive into all things House, Techno, & Love.

Come swim in our stream! We are a crazy crew of artists of all kinds, brought together by the currents of life. As a collaborative clam fam, we make music, fashion, art, and celebrate creativity. Shine your shells, get inside the clam and dance with us in the virtual bubbles!

We've been quiet for a while here as we work on updating the site and taking this time to reflect rather than fill your timelines with more noise.

We do want to wish our friends at Dubday a happy 3 year anniversary and we'll be vibin with them over the next few days as they throw down this incredible stream.

Here’s our order of operations for the next couple of days!

On Monday, we dive in to some Serious Selections curated by Dubday Founder, Serious Jorge. Tuesday, we take our chances and roll the die with some DiCE Selections, including a very special block from Brooklyn’s Dubday Residents. And on Wednesday, a Collective Showcase demonstrating just how far and wide the Dubday family reaches.

Huge shout out to all of the DJs, VJs, designers, and behind the screens tech crews working together to put on this MASSIVE 3-Day celebration of the Dubday Movement. We’re honored to be working with so much talent! Please be sure to tune in to hear their message, and donate to support them and our affiliated charities (The H0L0 Relief Fund [supporting our IRL home base] and Reclaim the Block [a Minneapolis-based organization fighting to reform their local black communities by defunding the police]).

And of course, THANK YOU! If you’re reading this, we appreciate any support, interest, or involvement you may have contributed to our movement over the years. Thank you endlessly for being part of our community! We look forward to pushing boundaries with you in the future 🙂

We’ll see you beat-freaks in the chat!

Our voices will be heard.

In an alternate tineline we're all heading to Elements Music & Arts Festival, but for now we'll dance in our living room..

this is the place!
www.elementsfest.us/live-stream

whattodo_love streams live on Twitch! Check out their videos, sign up to chat, and join their community.

SR Track Of The Week: Justin Martin Releases “Stay” On His New Imprint, What To Do.

Justin Martin seriously turns heads with his latest tune "Stay" which features vocals from delightful songstress Dalilah. The single is out now on his new label What To Do.

Just like the rest of us, Justin Martin is cooped up at home, unlike most of us however he has been locked in his home-studio in the Oakland hills, cranking out banging tunes. The charismatic DJ an…

Heart Beats bringing together some serious underground heavy-hitters next Thursday, May 7!

Although we can’t all be together physically, we still want to give you the H

Tonight is the night! Join us for an amazing evening of music with Kyle Banks aka Second Nature! We’re sponsoring a special downtempo set from 6-7pm to make up for having to postpone the Sixis show last month!

The stream will be hosted on Twitch.tv/Dubdaynyc

Porky is Live on Pork Vision via Twitch🚨

Happy ZEDS DEAD day! DC is holdin down Deadbeats House Party at 10PM EST and later we will be hosting Insomniac Events for the Zeds Dead Virtual Nocturnal set!
Deadbeats.lnk.to/HouseParty

We spoke with the one and only Mantra Sounds about her new EP Seeing Sequences. Make sure to support your underground artists and go give it a listen!

22 year old New Jersey native Giana Rifici, better known as Mantra Sounds, has made quite the name for herself in the massive yet tight knit music scene.

Let’s ReConnect again. Phase 1 line-up drops tomorrow. Who would you like to see? #globalreconnect

Second Nature & Smokestax - Inside The Skin 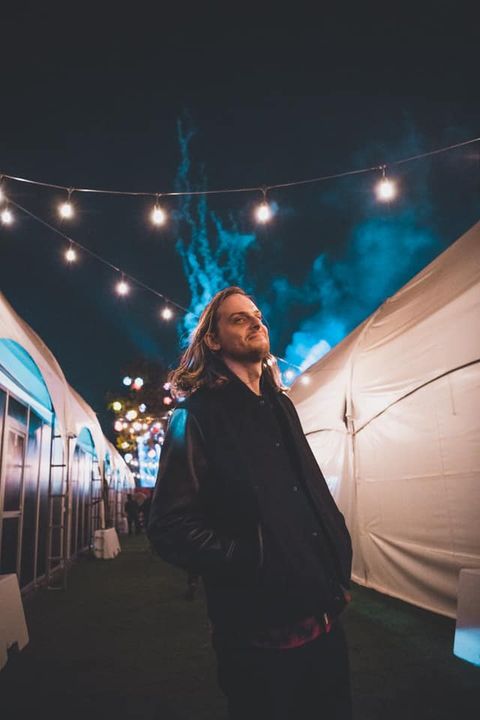 ZEDS DEAD is back in the Deadbeats House Party starting tonight at 9PM EST with Hook and Saturday at 10PM EST with DC ✌️ Don’t miss a Klutch live set tomorrow at 7PM EST!
Deadbeats.lnk.to/HouseParty

The Sermon Nation going in tonight.

Be the first to know and let us send you an email when Sensible Reason posts news and promotions. Your email address will not be used for any other purpose, and you can unsubscribe at any time.

Send a message to Sensible Reason:

AZ Presents Heart Beats and Basshead Squad join forces this weekend to bring NYC an absolutely absurd lineup. The infamous LA-based label Disciple brings The Kingdom to NYC Arena this Saturday. Come through and get down with some of the most iconic names in bass music including Virtual Riot, Barely Alive, MODESTEP, TERRAVITA and so many more! The Heart Beats team will be hosting The Lair, a finely curated house music side room, with the freshest underground acts that New York has to offer. Grab your tickets in the link below and we'll see you at The Kingdom!

MØ at the Vic Theater

#tbt to MØ at the Vic Theater last week.

Happy New Year to all of our Herbrew friends! #LShanaTovah

We tried to take a video of Greensky Bluegrass playing an awesome cover of Billy Joel's "Big Shot". All went well until another fan started to harass us (you'll see it at the end of the video). What do you do when you are harassed at a concert?

Es**rt at Brooklyn Bowl in NYC.

The Disco Biscuits cover "No Sleep Til Brooklyn" at Coney Island.

The Disco Biscuits at Irving Plaza for night two of City Bisco.

The Disco Biscuits last night at Irving Plaza for night one of City Bisco.

Another day in paradise! The Nth Power knows how to set a mood. #FoolsParadiseFL #FunkFools #TheNthPowerLovesYou

The Disco Biscuits and Swift Technique covering The Doors "Touch Me".

Live from Daybreaker NYC. Because it's only 8am.

TGIF! Get pumped for the long weekend with some exclusive video of The Disco Biscuits from their latest run in NYC. Let us know what live music you'll be dancing to tonight:

Faerie Workshops! Photo by: Sensible Reason
Faerie Workshops! Photo by: Sensible Reason
“The only Sensible Reason for Digital Dharma to give me tickets to Uphoria Music festival is LOVE FOR MUSIC/FRIENDS”
Thank you Sensible Reason & Alexandra Patino for the Track Of The Week feature! Link to Article: http://sensiblereason.com/sr-track-of-the-week-dj-e-clyps/ #NewMusicFriday
"At its core, this gathering is a celebration of everything the scene is about; community, art, and quality music. Drawing inspiration from the natural world, Elements Lakewood is a multi-dimensional, sensory utopia." "This festival has grown in size and stature year after year without losing its intimate, community-based identity that makes it so incredible." Thank you Sensible Reason! http://sensiblereason.com/-to-elements-2020-5-reasons-elements-lakewood-stands-apart-from-the-rest/
Nintendo in the HOUSE! We're getting a 3 hour Nintendo pop-up at H
Thank you for the album review Sensible Reason ⚡️ http://sensiblereason.com/basswatch-jkenzo-taygeta-code/
Really awesome to do another interview with Sensible Reason! This time with Emily Appenzeller (such a gem), I talk about my fashion choices while combating toxic masculinity, the evolution of my brand and character, and explain the track titles of the new 'Optical Sliding' EP I just released. I'm a weirdo, but if you want to get it a little more, read up. :P
Thank you to Sensible Reason / Heart Beats for the great review of our song w/ MASTERIA out now on mau5trap / Insomniac Records
AC had a chance to sit down with Sensible Reason before our #ElectricForest2019 set to chat about everything from potential EF collabs to NY influences.
"The vibes that this festival brings are unique in a way that can’t be replicated. I like to think I mirror that in my outfits. Elements Festival really inspires me to step outside my comfort zone." - Stephen Michael The Style & Smiles of Elements Lakewood 2019 by Sensible Reason
"A stunning new track that blurs the line between industrial techno banger and adventurous experimental escapade" – Sensible Reason on "Border Country" by Underworld and Ø [Phase]