Peace to the street, war on the palace. The Occupied Wall Street Journal was a special print project conducted during the event known as Occupy Wall Street, printed in English and Spanish.

Other print projects with the OWSJ production group: The Battle of New York (2016), the Spanish-language paper IndigNación (2012), Tidal Magazine (2012), Strike the Prisons (Seattle, 2014). For press inquiries, donations, or anything else on your mind — feel free to message us here.

Other print projects with the OWSJ production group: The Battle of New York (2016), the Spanish-language paper IndigNación (2012), Tidal Magazine (2012), Strike the Prisons (Seattle, 2014). For press inquiries, donations, or anything else on your mind — feel free to message us here.

Doing Your Taxes Doesn’t Have to Be This Miserable

Doing Your Taxes Doesn’t Have to Be This Miserable

It's Tax Day, so ponder this: in social democratic countries like Sweden, the government does your taxes for you. Just add it to the list of nice things we should have in the US.

No lies detected. Prayers up for Sunset Park.

CrimethInc. ex-Workers’ Collective: Your ticket to a world free of charge

CrimethInc. is a decentralized network pledged to anonymous collective action. We strive to reinvent our lives and our world according to the principles of self-determination and mutual aid.

While standard solar panels can provide electricity during the day, this device can be a "continuous renewable power source" during the day and at night.

Wonder what the reaction would have been if people were told they would just have to live with polio?

After a year of research and collaboration, NDN Collective’s Climate Justice Campaign has released the much anticipated, first of its kind report, “Faulty Infrastructure and the Impacts of the Dakota…

Before #ramps became an urban restaurant fad, they were an Indigenous staple, and still are. Please please please protect this spring ephemeral delicacy from overharvesting.

oldie but goodie , 9 times outta ten the answer is YES

The complaint came just one day before Starbucks CEO Kevin Johnson announced that he’s stepping down.

The world needs more of this!! 🥰

In the wake of Israel's bombing of the Gaza strip last Summer, Twitter, FB, IG have been censoring, shadowbanning, and outright removing Palestinian activists calling out apartheid. Don't let them hide apartheid.

The bombs of American oligarchs are the cages of prisons, terrorizing our communities with an unrelenting police state.

We are all at war.

We gotta strike with a General Strike.

The Ukrainian people want peace, the people of the United States are starving and losing their homes, the people of Russia are living under an abusive dictator.

All of our grievances are connected.

Today in capitalism and the need for food, housing, and healthcare. Policing and prisons are invented, our biological needs to live, are not. #occupywallstreet #generalstrike #abolishprisons #abolishpolice

Be the first to know and let us send you an email when The Occupied Wall Street Journal posts news and promotions. Your email address will not be used for any other purpose, and you can unsubscribe at any time.

Send a message to The Occupied Wall Street Journal: 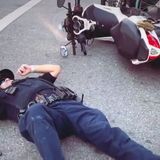 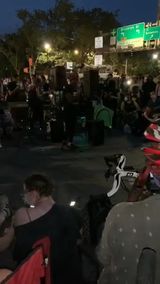 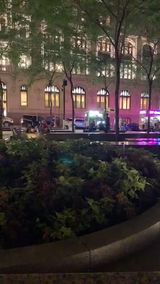 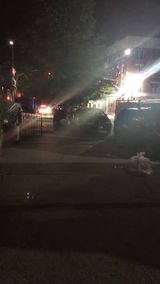 ‪#NoCommunityOccupation both a squad car and a light tower at the corner of Martense & Rogers. ‬ 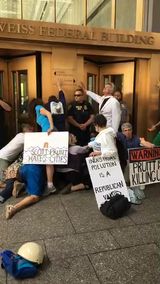 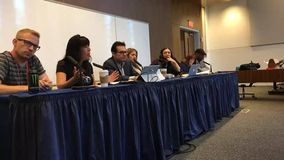 Engage the world, it's all up for grabs.

Prisoners at The Tombs pound the windows. #solidarity #EricGarner #ShutItDown

What to the slave is the Fourth of July? Palestinian population takes to the streets in their masses following weeks of pogroms at the hands of Israel's far right and military. What is being broadcast (or not at all) by the U.S. media is pure propaganda. As it is with Ukraine and Syria and anywhere war is being imposed. Declare independence from the empire.

Speaking only for ourselves, we appreciate the Ford Foundation's honesty in viewing themselves as that section of the ruling class required for "effective" and "relevant" social change. What they fail to grasp is that the dictatorship of capital is the regime we will overthrow.

Three young men from the Rockaways on the aftermath of Hurricane Sandy. #occupysandy

Facts.
Get ready. #work
Wonder what the reaction would have been if people were told they would just have to live with polio?