Crowd Control artists can find everything they need to succeed through their relationship with our team. We provide college radio promotions, global digital distribution & promotion, and artist management services for artists we believe are unique and gifted.

Crowd Control artists can find everything they need to succeed through their relationship with our team. We provide college radio promotions, global digital distribution & promotion, and artist management services for artists we believe are unique and gifted.

"Right now it’s George, Breonna, and Ahmaud. Before that it was Eric, Sandra, and Michael. It just goes on, and on, and on...It can’t just be on people of color to deal with it. It’s up to all of us—Black, White, Everyone—no matter how well-meaning we think we might be, to do the honest, uncomfortable work of rooting it out." - Michelle Obama #Allies #BlacklivesMatter #GeorgeFloyd #BreonnaTaylor #AhmaudArbrey #ShaunKing #ProtestSong #CivilRights

Been doing this everyday for weeks now. My family, being from the area for generations now has always had a soft spot for this song. My uncle, Frank Chiorazzi, was a classic crooner who sang it regularly when he performed live, and my mom absolutely loved it.
I would say only my grandmother didn’t love it as much, because she never really loved the congestion of the city and always warned me to “watch myself” when I was on the subway. Little did she know how little I’d be on the subway these days. The big apple really gets into your ❤️!

We love this band. Go and see Noble Kids perform at Mercury Lounge on 8/16, and find out why!

STOKED TO BE AT Mercury Lounge THIS MONTH ON AUGUST 16th!! Playing with some new friends from NC and NYC. Doors open at 7pm-- grab tix here:
http://www.mercuryloungenyc.com/event/1219215-noble-kids-happy-abandon-new-york

So this is pretty awesome. Our boy Axiom Tha Wyze is going on tour with the one and only Gift of Gab! Check those dates and grab your tix while they're still available. #rockpaperscissorstour #axiomthawyze

Have you bought your tix yet?

People's Blues of Richmond are coming to NYC this Thursday! This is a show that you really don't want to miss folks. Here's what Village Voice had to say about it: http://www.villagevoice.com/event/peoples-blues-of-richmond-live-8708792

Explosive, innovative live band, People's Blues of Richmond, are on tour and they're making a stop in NYC on Thursday, June 23rd. Their new album (out June 10) is named after the band’s intense new one-minute and 35 second hit of proggy psych-punk, ”Quit or Die." The band is currently taking audienc...

Well it's finally official folks. Axiom Tha Wyze's new full-length album 'Production Dezign' goes for adds at college and non-commercial radio next Tuesday, June 21st! Huge thanks to Earthlings Entertainment for working with us on this great release.
https://soundcloud.com/axiom_tha_wyze/07-snake-in-the-grass-feat-yung-verb/s-DfUZM?in=axiom_tha_wyze/sets/production-dezign/s-Q5zWp
Here's a little taste of what's to come :)

Something On Your Mind//Pay For Your Plans, by Secret Nudist Friends

Secret Nudist Friends are going to be serving up some retro-infused surf rock goodness for ya at Industry City Distillery this Saturday!
For performance time, venue directions and other general event info click here: https://www.facebook.com/events/864195100393567/
https://secretnudistfriends.bandcamp.com

Are you ready?
The Skulx @ Industry City Distillery on Saturday June,11th! This show is 100% FREE so bring your grandparents.
For more deets check the event link here: https://www.facebook.com/events/864195100393567/
https://www.youtube.com/watch?v=cBeHQ4oqgmo

Hard rockers The Skulx took over a Rockstardreams.com sponsored showcase during SXSW in Austin, TX. We were all witnesses to their rock n' roll madness!

Yep so People's Blues of Richmond is playing a show with the one and only Nathaniel Rateliff tonight, and then they're opening for Grace Potter tomorrow night! Way to go boys :) #JOINTHECIRCUS

Never Let Me Down, by Noble Kids

Just a few days away! Can't wait to see Noble Kids perform at Industry City Distillery on Saturday June, 11th. Here's a little sumpin sumpin to get you excited :)
https://noblekids.bandcamp.com/track/never-let-me-down

from the album Fawn

A punk/prog marriage and a whole lotta fun comprise the latest from People’s Blues of Richmond, off their upcoming LP 'Quit or Die'.

Another great premiere for People's Blues of Richmond! Thanks for the support AFROPUNK. #JOINTHECIRCUS

Fast, loud, and unrelenting. People’s Blues Of Richmond’s brand new single ‘I Understand’ is a raw, but technically precise, rock-n-roll track that comes out…

Please help The W Lovers by sharing this link with your friends!

This is going to be killer! If you didn't get tix you're sadly out of luck, but you can catch Hey Anna at MilkBoy in Philly on June, 10th. Move fast on this one folks :)

Just sometimes, good things come to those who wait. In an era of overnight success, where last year’s Next Big Things are often forgotten a mere 12 months on, The Boxer Rebellion offer convincing pr

They be coming for ya :) #JOINTHECIRCUS

People’s Blues of Richmond announce next round of tour dates in support of their upcoming album release, Quit or Die (streets June 10, 2016). Singles from the album have recently premiered on…

Wow! Max-Hoba's 'TravelingMan' album is enjoying it's 12th week on the CMJ New World charts! Not to shabby for his American radio debut :) #travelingman #maxhoba #worldmusic

New merch from The Battlefield - Pick-up some sweet threads at one of their next shows!

WEAR YOUR LOVE!!! We've got brand new Battlefield Merch just in time for the long, sunny days of summer. Tipping Point Tank Tops & Trucker Hats are available (in limited edition) NOW!!! Follow this link to purchase - https://goo.gl/0YcHsm ...or come see us at one of our upcoming shows....

Just one of the many killer tracks off the new People's Blues of Richmond album 'Quit or Die'! Shout out to Verbicide Magazine for the premiere.'Quit or Die' goes for adds at college and non-commercial radio today May, 10th. #JOINTHECIRCUS

People's Blues of Richmond is a heavy-touring, blues-psych power trio from Richmond, Virginia. In the past two years, they've signed with Madison House Book 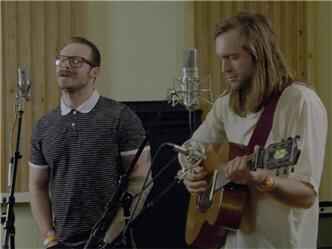 Indie-alternative-prog rockers toy with genre on their latest standout track....

Articles | Making music, festivals and tales from the road: A chat with People's Blues of...

Articles | Making music, festivals and tales from the road: A chat with People's Blues of...

It's been a wild and crazy ride these last two years for the People's Blues of Richmond. The psychedelic, rock and roll blues trio signed with Colorado-based Madison House Booking, released a 7-inch single with Black Keys producer Mark Neill, recorded their third full-length studio album, and are cu...

Shout out to Radio 1190 for spinning Lifted Crew's new single "Dance Off"! Nice to see them on your Hip Hop charts this week. Thanks so much for the support guys :)

Our session we did with Allston Pudding is on these dope cassettes. Head over to our bandcamp to buy one, or just listen to the jams.

This is rad! Nice work guys.

Down the Rabbit Hole: 5 Things I’ve Learned From People’s Blues of Richmond

Great article on People's Blues of Richmond from Appalachian Jamwich!

" I dare anyone on the face of the planet to make it longer than one song into a PBR show without, for lack of a better phrase, losing their sh*t. They elicit emotions that encompass everything that great rock n’ roll used to be, everything it was meant to be, and everything that we could ever hope for it to become."
- Appalachian Jamwich 5/2/16

Put some rhythm and harmony into your day with this video of The Battlefield singing "Rise", the first song on their new album Tipping Point. Recorded live at Lagunitas Brewing Co's Jam In the Van! http://ow.ly/4nq6Yg #collegeradio #folk #americana #indie #LA

The Battlefield - "Rise" Live at Jam in the Van Headquarters in Los Angeles, CA. Subscribe to Jam in the Van! http://bit.ly/subthejamvan GET THE...

If you're in Richmond, VA on May 7th and you don't go to the People's Blues of Richmond album release show at The Broadberry then you're probably either crazy or high (or both). However now that I think of it, all the crazy, high folks will be at the PBR show so...I'm not sure what I'm trying to say here :) Just GO!

Concert tip: Be sure to bring an extra face because there's a good chance that your original face will begin to melt by the end of the first song. Just saying...
#peoplesblues #circusrock #quitordie

People's Blues of Richmond NEW ALBUM #QUITORDIE COMES OUT EVERYWHERE JUNE 10 !!! WANT AN EARLY COPY ? Come to The Broadberry MAY 7 for a special #RVA ONLY PRE-RELEASE !! Kicking off the night will be our good friends Dalton Dash and Rikki Shay !! #Peoplesbluesofrichmond #RVA

Got something fresh in the music hopper for ya! New album coming soon from Boise's own Axiom Tha Wyze. Excited to be partnering with Earthlings Entertainment to bring this new release to college and non-commercial radio. Official release date TBA, but here's a hot dose to tide you over in the meantime:
https://www.reverbnation.com/axiomthawyze
Be sure to check-out all the other great artists signed on with Earthlings Entertainment at: http://earthlingsentertainment.com
#hiphop #boise #axiomthawyze

Super happy for The W Lovers and the release of their new self-titled album! Check out this great album review from NorthWest Music Scene. Also do yourself a favor and pick-up a copy of your own right here:
https://itunes.apple.com/us/album/the-w-lovers/id1103094658

Hey there, it's Carmel. Here's something to brighten your Monday: this week's #FUVEssential artist is Pretenders! Tell me your essential Pretenders tracks, and we'll put 'em together for today's #FUVMixtape!

Be the first to know and let us send you an email when Crowd Control Music posts news and promotions. Your email address will not be used for any other purpose, and you can unsubscribe at any time.

Hop Along opening for Dr. Dog at Terminal 5 on Saturday night! Best show of 2016 so far :)

From the dark recesses of legendary NY venue Cafe Wha? crawls the subterranean sounds of the Balkun Brothers.

Last night at Knitting Factory Brooklyn was absolutely mind blowing! Props to Nate, Nikki, and Nick of The Nth Power for putting together such a stellar line-up. Lifted Crew was amazing as well! The Nthfectious residency at The Knit continues all month so be sure to get your tix for next Tuesdays show. Here's a few clips from last night for those of you that couldn't make it.

The multi-talented Nikki Glaspie of The Nth Power sets down the drumsticks and picks up the mic!

Jack White at Madison Square Garden Jan 30th! Check out the video below for Jack's first show since The White Stripes played MSG in 2007!

Caught Br'er Rabbit over the weekend at The West in Brooklyn! Fantastic live show! Here's the band playing "Distant Lands" from their debut album, The Wild North! They're on tour now!! http://crowdcontrolmusic.com/brer-rabbit-on-tour-now/

courtney barnett was in rare form last at Other Music! Mom + Pop Music really won big with this signing!