The event Premiere we designed and produced for Cirque du Soleil is on Bizbash!

Cirque du Soleil’s current touring production, Totem, had its official New York premiere on March 14. Unlike the blowout world-premiere party for Zarkana in 2011, Totem has been touring since 2010, so the after-party was a bit more understated—and the entire audience was invited. 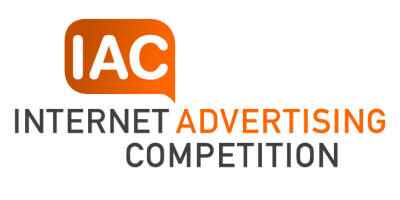 Our 3D projection mapping for Follow The wings won the IAC Award for OUTSTANDING ACHIEVEMENT IN INTERNET ADVERTISING. Pretty cool!

The Follow The Wings™ campaign was developed by Sunovion Pharmaceutical Inc.’s Lunesta® brand team as an integrated campaign to leverage brand awareness of the LUNESTA moth. Greater Than One’s Experience Design team developed a variety of concepts to create an immersive brand experience that would p...

The video is out!

An architectural projection mapping for an event experience in New York City. Scents were diffused with the various stage of the projection to enhance the experience and provide complete senses stimulation. Agency: Connected Productions Creative...

Connected Productions has been designing and producing weddings for the past 6 years, here are some samples of our work.

Connected Productions has been designing and producing weddings for the past 6 years, here are some samples of our work.

Shift - A Mouth-Full Of Brooklyn

Connected is co-creating SHIFT, this Saturday in Dumbo!

For one night only and in conjunction with the Verge Art Show and Brooklyn Art Project in Dumbo. Join us to have all of your five senses stimulated so you can experience the sixth. Shift - A Mouth- Full of Brooklyn has popped up in Dumbo to delight you with the creative culinary talent of hollywood'

Looking for 3D Maya and After Effect Designer to come on board for Architectural Videao Mapping Animations ASAP. Thanks.

Connected has been named finalist for the Bizbash Award for Best Corporate or Association Event Concept for the Green Halloween event. The results are on, October 28th! http://www.bizbash.com/newyork/content/editorial/19272_announcing_the_finalists_for_the_2010_bizbash_new_york_event_style_awards.php

CP next event in partnership with The Stern Group.

Come by, it will be fun and for a good cause!

Here is Connected wedding brochure. We hope you will be inspired as much as it was for us to design and produce those experiences.
Enjoy!

Scribd is the world's largest social reading and publishing site.

CONNECTED is back on .com

Connected Productions is a full service experience design and event production agency with offices in New York and Paris, servicing both national and International markets.

We are looking for a talented and creative Graphic Designer, please let us know if you know anyone. Thanks.

Welcome to the voting system for the 2010 Event Solutions Spotlight Awards. At this site you will have the opportunity to honor the stars of our event industry by reviewing the profiles and voting for the finalist in each category who you feel deserves the prestigious Spotlight Award.

Looking to tackle childhood obesity and diabetes by promoting a healthier Halloween, three groups banded together this year to create Green Halloween NYC. To kick off the initiative and emphasize costumes ...

Be the first to know and let us send you an email when CONNECTED PRODUCTIONS posts news and promotions. Your email address will not be used for any other purpose, and you can unsubscribe at any time.

Send a message to CONNECTED PRODUCTIONS: