Interstate welcomes Lado Kvataniya to the US

We’re thrilled to announce that 2016 Cannes Young Director Award winner Lado Kvataniya will be represented exclusively in the US by Interstate.

With formal training in theatre and screenwriting as well as film, Lado’s explosive, soaring visuals are guided by a deft, unique understanding of the core levers of drama and visual metaphor. His style, bridging the worlds of the fantastical and the viscerally real, manifests itself in his highly kinetic films, music videos and commercials that showcase a commitment to innovation and human storytelling shared by our entire roster.

While hailing from Moscow, Lado’s work has reached a wide international audience. Creating work for brands such as Adidas, PayPal and Levi's, Lado has applied his adaptive, versatile sensibilities to create spots that are readily understood on universal scale.

Based on his own short story of the same name, Campers is set in the remote region of France where Laurent grew up and pays homage to his vivid memory of a time in life when myriad contradictory feelings and impulses collide with expectations and societal norms.

Cinematography by Benoit Soler. Produced by Hexagone films. Link via image below:

Interstate partners with Swirl to create 5 spot campaign for Juniper.

Juniper’s data systems are renowned throughout the world of information technology. Watch as Interstate directors Laurent Barthelemy and Yann Mabille pull back the curtain and reveal where the real magic happens for the tech giant via this 5-spot campaign produced for Swirl in San Francisco. Spoiler alert, it's behind door number one...

Link via image below:

We’re excited to announce the release of Interstate director Alexander Hankoff’s JERRY, the fourth installment of his acclaimed documentary series NYChapters. The segment premiered on The Atlantic online as an Editor’s Pick. Check it out!

Interstate, founded by EP Danny Rosenbloom and director Yann Mabille, is pleased to welcome Laurent Barthelemy as a Partner/Director,

The spot transforms a manufacturing story into a visual poem filled with molten metal, flowing liquids and magnetized metal shavings transforming into headphone components, each a piece of engineered wonder.­­

No shortcuts – creativity is built from the ground up. Master & Dynamic’s commitment to honest design, luxury materials and advanced engineering comes throug... 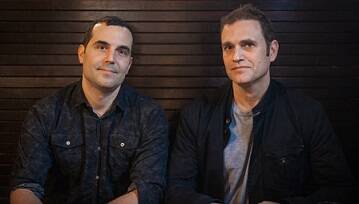 Be the first to know and let us send you an email when Interstate posts news and promotions. Your email address will not be used for any other purpose, and you can unsubscribe at any time.