Independent film production company behind He Belongs To Us Look At The Wall Productions LLC is a fully insured film independent company located in New York that offers videography services around the world.

We are excitited to share (the Extended Official Trailer) of That Abandoned Place. Share and support independent filmmaking . Stay tuned for updates!

Good News! We are happy to announce that our film " He Belongs To Us" is now available on Amazon Prime USA and UK! Check it out! share it with friends and family and add it to your watchlist this weekend!

A still from That Abandoned Place with Jenny Hutton, as "April", and supporting actress Sinda Lee Nichols. Have a nice weekend.

We are excited to announce a new feature-length drama by director Gigi Hozimah. Below, the official trailer for That Abandoned Place!

Look At The Wall Productions

We are seeking crew members for a Micro budget Feature film to be shot in early November 2019 in New York for 11 days. Ideal Candidates should have experience working on Micro/ No budget films and wish to continue to build their resume in Filmmaking. College students and recent graduates are welcome to apply, We will provide Food/ Travel and film credit. Open positions: Assistant Director, Production assistant, Hair and Makeup. Please apply with your resume and a Brief cover letter.

Independent film production company behind They Sleep with Bears.

"What kind of world where ugliness is the norm and beauty, the deviation from that norm? You want an answer? The answer is it doesn’t make any difference, because the old saying happens to be true. Beauty is in the eye of the beholder."

Possession: Less Is More - They Sleep With Bears

Possession: Less Is More - They Sleep With Bears

Earlier this week, I had the chance to revisit a film that has lingered in my mind ever since I first saw it. Andrezej Zulawski’s horror film Possession (note the absence of any “the” preceding the title) is a very rare and intimate take on the genre that shows how you horror can be achieved...

Excuse me your axe is in my back! - They Sleep With Bears

Excuse me your axe is in my back! - They Sleep With Bears

Since the advent of horror movies, filmmakers have always given weapons to their villains that personified them. Some were methodical or logical, others were nightmarish and brutal, but all of them became iconic instruments that epitomized horror movie culture. A few of them have stuck with us throu…

As part of our Pre-Production series for upcoming horror film They Sleep With Bears, we review Planes Trains & Automobiles! What do you think?

James Medina Co-Writer/Producer of They Sleep With Bears takes a break from reviewing horror films and takes a look at John Hughes' brilliant comedy Planes, ...

John Cassavetes started his career as an actor, most notably in Rosemary's Baby, but ended up becoming one of the catalysts for independent filmmaking -- a director who had his finger on the pulse of artists who wanted to create something outside of the predictability of the studio system. His films…

Help! I found a vampire zombie film in my horror movie!

James Medina Co-Writer/Producer of They Sleep With Bears speaks as a horror fan and humorously looks back at horror films in the last thirty years from an audience perspective. 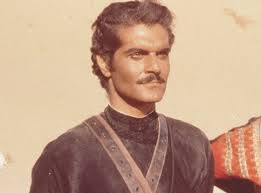 Today the cinema has lost iconic actor who was respectable in both The West and The East. actor Omar al-Sharif has died RIP.

So happy today! They Sleep With Bears first press coverage! Thanks to HorrorMoviesUncut.com to be the first to cover us! Truly appreciate it

Gigi Hozimah set to start THEY SLEEP WITH BEARS

Every Horror Film has a victim - these are some memorable horror victims. Who stood out for you? Did we miss anyone?

Every horror film has got to have a victim. Most of them perish, but some survive. This list features our favorite memorable horror victims. The key factor in the majority of these films is that you didn’t expect it. When a horror film surprises you, it stays with you and that’s part of what makes..…

Dawn of the Dead (1978) Hero Introductions

Check this out! Our first film review had to be the Dawn of The Dead where we review how they introduce the heroes! Like it and if you really love it share it!

James Medina Co-Writer/Producer of They Sleep With Bears reviews Dawn of the Dead (1978) and how heroes Peter and Roger are introduced. As a part of the Pre-Production…

The full-length “Portrait of Gertrud Loew,” painted in 1902, exceeded its high estimate at a Sotheby’s auction in London.

Horror film fans - please take a moment and fill out this audience survey. Everything said will be taken into consideration (especially about crowdfunding perks!)

Remy must find his father, a man that he hasn't seen in over 20 years. Plagued by demons, Remy is a single father living in New York with his son and his beautiful girlfriend. His father is the only person able to tell him why he is so troubled.

Each week we will be releasing Spotify Music Playlists from the Cast & Crew of They Sleep With Bears. This playlist is what our Producer James Medina is listening to at the moment. A must listen for Hip Hop fans. Let us know what you think. Do you like any of these songs?

Hi TWSB followers, Each week our TWSB team will be sharing Spotify playlists with the music they love that week. You’ll hear what our cast and crew are listening to, even what the director Gigi Hozimah listens to! My playlists will be by genre, because I listen to such a random amount of music it...

We are so excited for Almodovar's New film! Yay!

Pedro Almodóvar's Next Film Sounds Seriously Epic – Articles. Silencio travels from 1985 to 2015 through the life and ailing fortunes of a woman named Julieta.

They Sleep With Bears - Horror Film Location Bucket List for Gigi Hozimah and James Medina. What horror film locations or scary places would you like to visit and why?

They Sleep With Bears is an independent arthouse horror film to be directed by Gigi Hozimah. From Look At The Wall Productions, we are crowdfunding this September and filming this November, everybo...

A peek at books we read! Name a book that we have in common :) have a nice weekend 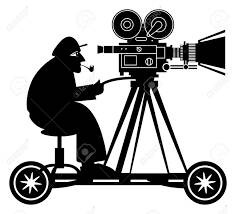 Today we received over 100 applications for our Cinematographer position as a freelance member on our team! Thank you to all that applied!

If you are a Kubrick fan you will love this! Have a nice weekend !

Orson Welles we will always remember you as the great artist you were. https://www.youtube.com/watch?v=JaC3Hp36wXY 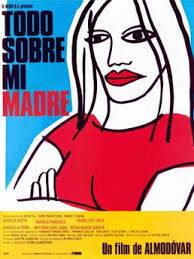 On the set of the 1st episode of Movies On The Wall! Coming soon

"I passionately hate the thought of being 'with it.' I think an artist has always to be out of step with his time."

Jean-Luc Godard shot by William Klein, whose radical lens is just barely visible in this reflection.

Be the first to know and let us send you an email when Look At The Wall Productions posts news and promotions. Your email address will not be used for any other purpose, and you can unsubscribe at any time.

Send a message to Look At The Wall Productions:

We are excited to announce a new feature-length drama by director Gigi Hozimah. Below, the official trailer for That Abandoned Place!

Help! I found a vampire zombie film in my horror movie!

A peek at books we read! Name a book that we have in common :) have a nice weekend