Insight Driven Customer Experience Design & Development If you took a look at the curve in the evolution of technology since the advent of the Internet, the line graph for last 10 years or so would be as steep as the highest roller coaster at any Six Flags.

Along with this rise in technology comes the need for ever-evolving experiences. Brands and Marketers must learn to navigate these experiences to not only reach their target audience but to reach them at the point of highest influence. The days of simply buying air time to reach the ‘Cheers’ audience in the 80s is long gone. That point of impact is in constant motion and is constantly bombarded wi

Along with this rise in technology comes the need for ever-evolving experiences. Brands and Marketers must learn to navigate these experiences to not only reach their target audience but to reach them at the point of highest influence. The days of simply buying air time to reach the ‘Cheers’ audience in the 80s is long gone. That point of impact is in constant motion and is constantly bombarded wi

A note on "due process". While the legaleeze of the term is created to protect the legal rights and implies innocent until proven guilty within the process of the law, let's take a moment and see how it applies to people, community, humanity, and fairness. It's real easy to get angry especially in these delicate times when anything but due process is afforded our citizens and far too often the rule rather than the exception applies to people of "color". This is why "Black Lives Matter". It is a fundamental fight for decency and the protection of groups and individuals who have been unfairly profiled because of the color of their skin. Without going into a tirade, the case of George Floyd is a tragic and grotesque example of this dereliction. What compounds the tragedy were the helpless bystanders who pleaded with law enforcement when they clearly witnessed a man in distress pleading for his life who had not resisted arrest, was not even acting in an aggressive manner. And while we fully support the need to protest this aberration as well as any grotesque injustices, we don't condone the violent and emotional response that is rioting. The anger is completely understandable and justified, the act of riot is not especially when you create new innocent victims that are affected by mob and lynch mentality. To that end, please don't become what we fight for. Draw on due process as a person and within a community and make sure that your responses and actions are clearly well-founded lest you take on a similar mentality as those whose actions we oppose.

If navigating the challenging waters of patient adherence is in your crosshairs, this event is for you! https://www.linkedin.com/pulse/humanizing-health-experience-jose-andrade

The role of data, decisioning and Health Services in the drive for meaningful engagement. The challenge of patient adherence to treatment is nothing new.

If navigating the challening waters of patient adherence is in your crosshairs, this event is for you! https://www.linkedin.com/pulse/humanizing-health-experience-jose-andrade

The role of data, decisioning and Health Services in the drive for meaningful engagement. The challenge of patient adherence to treatment is nothing new.

Stay exactly as you are, now change! Change Management: Innovation In Action. #4AsCreateTech

A simple but powerful view of experience using the “experience delta”

Gotta take care of that innovation thing. Which the first or the second thing. The thing behind the thing! #4AsCreateTech

The next big thing, is what you do with what you have now - #4AsCreateTech

The time to give a FUQ is now! #4AsCreateTech 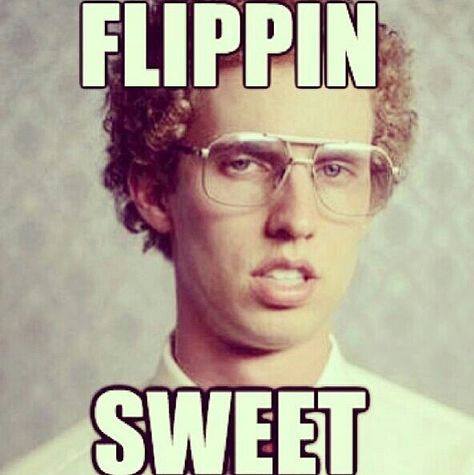 Your browser version is not supported by Gartner.com. Switching to the simplified version of the site some features will no longer be available to you, but overall experience will be improved.

One of my favorites is the intro. Always a sweet menagerie of sound, sight, and motion

Spider-Man crosses parallel dimensions and teams up with the Spider-Men of those dimensions to stop a threat to all reality. ---------------- Cast: Hailee St...

Behind many great things, is a woman - http://bit.ly/WomensEqualityDays

Women’s Equality Day celebrates the adoption of the 19th Amendment to the U.S. Constitution, which granted women the right to vote on August 26th, 1

A decent under the hood boost but not really a game changer - http://bit.ly/MacBookUpgrade

The new 13- and 15-inch models are out now, but they don't address the keyboard issue.

Has the Mac macked out? - http://bit.ly/macked

Such a wonderful event with such special folks. It was awe inspiring. http://bit.ly/2IvlBhW

Apple’s 2019 Mac Pro will be shaped by workflows

Let's see if they can get back their marketshare http://bit.ly/MacPro2019

A year ago, I visited the Apple campus in Cupertino to figure out where the hell the new Mac Pro was. I joined a round-table discussion with Apple SVPs and a handful of reporters to get the skinny …

Mark Ritson on what does and doesn't matter in marketing

I hesitated posting this because of the slew of "F" bombs, but so on point I had to - http://bit.ly/murketing

The Race to Ubiquity is not Always a Good Thing

The rush to innovation can be disastrous - http://bit.ly/deadlyuber

Let's get right to why. This headline appeared on my feed about 10 minutes ago - http://bit.ly/uberdeath. Here's the headline of that link - Uber

This is not a rant. This is not about how we did things back in our day. This is about a real concern An age concern. Let's put things into

I sure hope they don't include Uber pool
http://bit.ly/ooberhealth

Help get patients and caregivers to and from care with the new, HIPAA-compliant service from Uber. Enroll your organization today to reduce no-shows and improve healthcare outcomes.

There goes the neighborhod. http://bit.ly/2C3ymsU

Typical compliments from clients such as "great job", "exceeded expectations", are always welcome. Today however, I think my company received maybe one of the best compliments ever, "Thank you guys, you always come to my rescue". That just made my weekend.

This is what happens when you work with a major client like WPP, and with so many passionate and talented team members around the globe. A proud moment for InGaugement, a prouder moment for WPP - http://bit.ly/WPP_Adobe_InGaugement

WPP (NYSE:WPP) today announced the company has been named Adobe Global Digital Experience Cloud Solution Partner of the Year for 2017 at Adobe’s annua

Be the first to know and let us send you an email when Ingaugement LLC posts news and promotions. Your email address will not be used for any other purpose, and you can unsubscribe at any time.

Send a message to Ingaugement LLC: