NYC Indie Film Festival is here for our 15th year June 11 to 18, 2023. Join us celebrate #Indiefilms Since 2009 the festival is the place for every filmmaker and their fans to be in June.

The festival is eager to embrace fresh ideas and storytellers from all around the world. The aim is to discover the Artist Filmmaker, showcasing them to the entertainment industry and the NYC public. All screenings take place in the historic center of NYC, Time Square, which is the perfect home for an event geared toward creating incredible opportunities for independent voices. The NYC Indie Film

The festival is eager to embrace fresh ideas and storytellers from all around the world. The aim is to discover the Artist Filmmaker, showcasing them to the entertainment industry and the NYC public. All screenings take place in the historic center of NYC, Time Square, which is the perfect home for an event geared toward creating incredible opportunities for independent voices. The NYC Indie Film

Congratulations to Conducting Life, by Diana Moore (US) Nominated for the Best Short Docs Category at the 14th NYC Indie Awards.

Congratulations to 34 Carmine St By Beatriz Browne (US) Nominated for the Best Short Docs Category at the 14th NYC Indie Awards.

Congratulations to the Winner of the #NYC Indie Award for Best Director Category is Patrick Alcedo, for “They Call Me Dax”

Congratulations to the Nomination for the NYC Indie Award for Best Director Category is Patrick Alcedo, for “They Call Me Dax”

Congratulations to the Winner of the #NYC Indie Award for Best Cinematography Category is They Call Me Dax, by Patrick Alcedo (Canada)

Congratulations to the Nomination for the NYC Indie Award for Best Script category is "Mari Bakke Riise, for “Hans + Liv”"

Be the first to know and let us send you an email when New York City Indie Film Festival posts news and promotions. Your email address will not be used for any other purpose, and you can unsubscribe at any time. 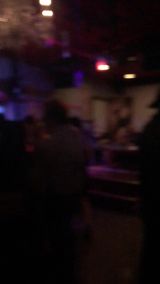 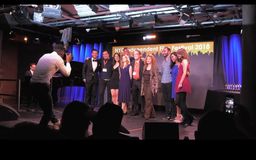 Interview with Linus Ignatius of Schleife 1

Get Married at the Airport (Love and Alcohol on the Run)

Interview with the team of THRU 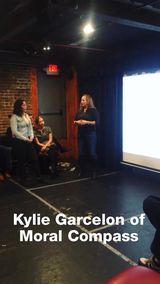 CMRubinWorld interviews IFFR Artistic Director, Vanja Kaludjercic, on how festivals can support filmmakers in the future.
https://m.youtube.com/watch?v=AF-hc3Wu7jk
CMRubinWorld interviews Luther Clement, Co-Director of the Oscar nominated film Stay Close.
Smriti Kiran talks about how the Mumbai Film Festival innovated due to the pandemic.
Dear Friends, You may remember I created a film about Erica Garner’s death by a NYPD chokehold. Given what’s going on in Minneapolis, and the US more broadly, I’m providing additional film footage and information on the subject of aggressive policing, police culture, and chokeholds. If you’re interested go to the Film Page below for all the updates. Additionally, if you’re interested in hosting a virtual community screening of the film to get a better understanding of policing and the subject of chokeholds please reach out. Finally, the film is seeking a distribution producer. If you, or anyone you know might be interested in getting involved, please reach out. Stay safe! https://www.facebook.com/BreatheNYPD/
Thank you NYC Indie Film Fest for having us, and congrats to all who have been selected this year. I wish I could have met you all in person!!!
TPN short film promo
I love how this film festival recognizes and awards independent films. I absolutely love independent films and believe that many of them deserve a lot more attention! During this time of quarantine, I was seeking a way to discover more independent films. I came across a website called Film Festival Flix that was my saving grace! After getting a subscription, I had access to a large variety of film festivals and the films that were featured within them. My favorite festival was IndieFest International because it featured films of all different genres that are extremely entertaining. If you’re looking for something to do during this quarantine, check this website out!
🆕🆓🎥🍿 ‘The Arrival of Mr. White Pants’ ‘A DAZZLING MOVIE. A Superiority film. The most striking and baroque images you’re ever likely to see. Heartbreaking. Emotional, poetic cinematic experience.’ 💯🍿
I just found your page and your indie film festival looks awesome! It’s nice finding like-minded organizations who are eager to embrace fresh ideas from around the world and give aspiring creators the platform to for opportunity and recognition they deserve for their unique pieces. There is a hidden beauty in the art that goes into making short, feature and independent films a reality-- a talent that not every person possesses. It’s always a shame when innovative creators go unnoticed-- film festivals such as yours always make the difference! I love to support any small film when I can and I recently watched an independent film on VOD, which was actually quite perfect for the day since it’s Halloween, called Empathy Inc. This neo-noir film centers around the world of extreme virtual reality, following the chaos that ensues as its powers fall into the hands of evil. Empathy Inc sent chills down my spine from the very beginning, and by the end I was questioning the use of technology all together-- I even contemplated taking a break from using so much of it for a minute! This film was literally unlike any indie-horror I’ve ever seen, and I’m so glad that I gave it a chance-- if you want to watch the trailer, you can find it on Amazon or YouTube, but be prepared to be totally horrified! Happy Halloween!
This is such a great film festival. I recently came across this new sci-fi indie thriller, Empathy, Inc., which I think would be a great contribution to this page. Reviewed greatly by Variety, Empathy, Inc follows a start-up for an Extreme Virtual Reality company that allows the rich to live the life of someone poor to feel empathy. Followed by a series of twists and turns, this monochromatic film left me speechless. I'd have to commend the director, Yedidya Gorsetman, for his new and refreshing approach to this genre. I'd have to recommend this film! It is available on iTunes and Amazon, feel free to let me know what you think!
I love this page! All of the films this festival features are so original and different; I have to check them out for myself. I wanted to share with you about an indie horror film I just watched called Empathy Inc. It starts off by telling the story of Joel, a recently unemployed business man who lost his job along with his credibility. Desperate to get back on his feet, he invests in a strange virtual reality start-up, that’s not as innocent as it seems. Things ger scarier and scarier as more information is discovered about this mysterious start-up. The original cinematography paired with the great acting contributed to making this a solid horror film overall. Theres actually a showing at the Film Noir Cinema tomorrow at 9pm! I loved watching the film on VOD, I’d definitely recommend making the trip to Brooklyn to see it on the big screen.