www.vandam.com Van Dam is an award-winning cartographic design and publishing company offering maps to 85 cities around the world in all media.

Thinking of Going to Iceland..?!? Check out vanDam’s new StreetSmart Iceland map out this week. The perfect planning guide and sturdy, waterproof driving map for the most fabulous drives on the planet.

VanDam's new maps all of the island's cultural and natural treasures at an immensely legible scale complete with stunning 3D relief maps of the entire country. Clear information design has earned VanDam maps a place in the MoMA Collection. The map is laminated, pocket-size, durable, and easy-to-read...

Gary Van Wyck nominates me to share a book I love. I nominate Fernando González Climent to share his favorite book New StreetSmart Berlin maps just out. Complete with new U5 “Kanzlerbahn” and public swimming holes to overcome any heatwave. Check it out here:

Just back from ground truthing the new StreetSmart Oaxaca map in the Mixe Alto, up 179 from Mitla to Santa Maria Albarradas, Ajutla Mixes, Tamazulápam to Totontepec.

Here are some of the stories the map tells:

Cuba: An Accidental Eden?
NatureSmart Cuba is a travel tool that tells a surprising story. It begins with the islandâ€™s strategic locationâ€”where the Atlantic, Caribbean and Gulf waters convergeâ€”which combined with strict environmental laws, low population and the absence of material development (including low use of combustion engines) has left coral reefs in the condition that Columbus may have witnessed. But the story continues with a totally organic agricultureâ€”due to a lack of fertilizers following the collapse of the Soviet Union.

Where the snails are like Darwinâ€™s finchesâ€¦
NatureSmart Cuba engages audiences with the idea that Cuba retains what we have lost: pristine reefs, a fish nursery for the hemisphere and a cornucopia of species including the most gorgeous and sexy snails in the world.

Cuba the Galapagos of the Caribbean?
NatureSmart Cuba guides you to Zapata Swampâ€”and among the worldâ€™s largest and most intact grass wetlands sporting over 900 indigenous plant species, 175 species of birds, 31 species of reptilesâ€”like the Cuban crocodileâ€”and more than 1,000 species of invertebrates.

Could it be that Cubaâ€™s lasting revolution is green not red?
NatureSmart Cuba maps Cubaâ€™s most humid and remote park which is a UNESCO site named after Alexander von Humboldt, explorer, scientist and father of modern geography who visited Cuba in 1800. Serious birders looking to complete their life lists find nirvana here...

NatureSmart Cuba goes live this week on vandam.com, amazon.com and can also be purchased at the AMNH gift storesâ€”the American Museum of Natural History's curators consulted and fact checked the mapâ€”starting this month. 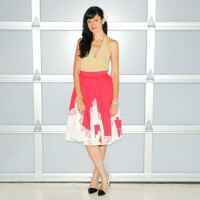 Here is the New Cuba blog's Top Ten list for must-have travel items. Our maps are number three before cash, toothpaste and Nutella.

An Interview with Stephan Van Dam | The Longitude Blog

Check out the interview on Longitude http://www.longitudebooks.com/blog/index.php/2015/07/whats-new/an-interview-with-stephan-van-dam/

Van Dam. While studying environmental design at Parsons I invented an origami design which refolded automatically. It craved cartographic uses. So I sought out a group of European cartographers to show me the ropes and became a map maker. I also patented the fold and built a machine to fold the maps…

Custom Pop-Up maps are the perfect medium for creating 3D marketing solutions in fully customizable formats and sizes. View our maps and formats and get a custom quote. 1-800-UNFOLDS In Cuba, Maps Make a Comeback

In Cuba, Maps Make a Comeback

Old-fashioned navigation is enjoying a renaissance on the island, where Internet access is still scant.

2015 Cuba and Havana Maps by VanDam

2015 Cuba and Havana Maps by VanDam

There are many reasons to go to Cuba now – a landscape free of advertising and the global corporate flattening of culture. Go now before Cuba begins to look like every other place! But what travel tools to pack for a country with a scant 5% internet coverage and frustrating dial-up speeds?

There are many reasons to go to Cuba now – a landscape free of advertising and the global corporate flattening of culture. Go now before Cuba begins to look like every other place!

Cuba looms larger after today's announcement. If you think of going check out our new Cuba and Havana maps

We need new Maps! That's how much Arctic Sea Ice has melted

VanDam has a new blog...see the review of Unfathomable City: A New Orleans Atlas and a new book by Denis Wood...

Our thoughts and prayers go out to everyone affected by the terrible tragedy at the Boston Marathon this afternoon.

With Peter Jefferson having surveyed and produced one of the first accurate maps of Virginia and Maryland, it's no surpise that his son (U.S. President Thomas Jefferson) would go on to broker and order the mapping one of the largest land purchases in the history of the United States - the Louisiana Purchase. Check out Peter Jefferson’s 1715 map next to a modern-day one. Amazingly accurate!

Spring is here!!! We can't wait to go explore. Where's your favorite spot in Central Park?

Did you know there's a famous statue of George Washington inside of the Washington Monument? It was originally sculpted by Jean-Antoine Houdon for the Virginia Statehouse and then recast many times, including for the Monument and even Lima, Peru. NYC has a casting in Shepard Hall at CCNY. Does anyone know what he’s leaning against? Take a guess and stop back later for the answer!

Check this out! We've filled up the miniature of I.M. Pei's NGA East Wing with maps. It can be found in the gift shop.

Keep checking back as we continue fill this miniature of the I.M. Pei NGA East Wing with maps!

While exploring The Mall this weekend, be sure to stop by the National Gallery of Art's East Wing on Sunday to hear Barry Bergdoll's (MoMA's Chief Curator) lecture. It's part of a 6-lecture series on modern architecture. While there, check out VanDam's miniature of I.M. Pei's East Wing! The idea was to visually connect L'Enfant's street plan to Pei's 18 degree angle design and make it tangible and portable through the city map. Check back later to see it fill up with maps!

All this talk of DC made us want to check out the Washington Monument. Did you know that it sat unfinished for 20 years due to political and economic turmoil and the Civil War? Thats why the stones are two different colors. The design also changed drastically by the end of the project. Check out the differences! (Awesome pic by photographer Paul Stamatiou)

Check out the view from Jefferson Memorial

Spring is here! Planning on hitting the mall this weekend? How about The Mall in Washington DC? The Cherry Blossom Festival is in full "bloom" this weekend. Check out our map to see where these national treasures are. Follow the pink line. Our favorite spot? Right between the MLK and FDR Memorials - an amazing view of the Basin and several memorials!!

Zwerg is the court jester of a Berlin Friend...did you see the TV coverage we got at the event..?

New Yorkers can now have a look at their city with the world’s first 4D map application. Developed by VanDam Inc., “NYC 4DmApp” was introduced to the public at a launch party on Wednesday. The event held in Manhattan gave attendees a chance to experi

Here is the full piece by Steve Heller in the Atlantic: http://bit.ly/pkvBZU

Be the first to know and let us send you an email when VanDam Maps posts news and promotions. Your email address will not be used for any other purpose, and you can unsubscribe at any time.

Send a message to VanDam Maps:

Have loved having a tactile way to get around with having to stare at a phone or worry about a WiFi connection!