Presenting the Finest Quality in Jazz since 1989.....Bringing Jazz Back 'Uptown' to what was once the spawning ground of the 'Be-bop' Era, and its' Traditions.

This Is Our Affiliated Jazz Station Online To Help Market, Promote, and Advertise Jazz Events! Check It Out! And Give a Look and Listen To Our Jazz Sitcom, Giant Steps!
https://www.beboptv.com/

The Global City for Artists and Their Fans. Films, Jazz, Theatre, Dance, and Shopping.

BeBoptv.com is keeping BeBop Alive and Living in this country. Check it out.

Keeping BeBop Alive and Well and Living in Harlem where BeBop was Born!!!

Be Bop was Born and Raised In Harlem At Marylou Williams House "The Holy Mother Of Be Bop"!!!

Keep up with what's happening Jazz at www.rainbowjazz. Keeping Jazz Alive and Living in Harlem where BeBop Began!!!

This is for all the Hip Cats and Chicks who know what Be-Bop is about. We do not have to remember The Alamo, But we all have to know Charlie Parker who was born in Kansas City not New O

Available here: https://squareup.com/market/mickey-bass-rainbowjazz/the-diminished-whole-tone-concept "This Book is the culmination of ideas which I began to...

Have you all seen my ad for my book "The Diminished Whole Tone Concept" on my YouTube.page. Check it out if you want to play and where to play it. The Be-Bop inside stuff. Check it out and jet me know what you think. Peace and Blessings 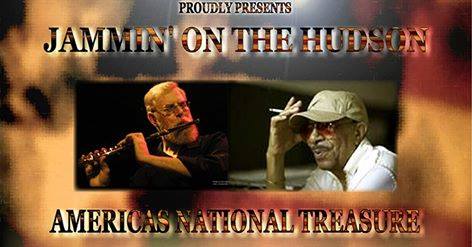 I am every pleased and honored that my Mini Document film ti
was Winner Out of Competition The Mickey Bass Quartet Live at Milestones in San Francisco "A Show of Hands" Producer- Mitzi Kehand & Mickey Bass 2019 New York Jazz film festival. The film is currently being aired on The BeBop Channel www.beboptv.com. Do yourself a favor and check it out. You will be glad you did.

Through www.beboptv.com we now have a to market, promote and advertise our events and products worldwide. Don't get left out. Get on board and make you products seen and heard worldwide. Don' t miss the Bout!!!but

Please Check Out my new website at mickeybass.com as well as the www.beboptv.com for our new Jazz Sitcom titled "Giant Steps" and let us know what you think of the show as well as our new Jazz Channel where you can promote, market and advertise your events

Please do yourself a Big Favor and check out www.beboptv.com. Beboptv.com is I believe is a savior for the Jazz Industry in as much it allows Jazz Clubs as well as. Concert and Festival Promoters, musical instrument companies as well as Jazz Publication and the like all a platform to advertise World Wide. That something that has nothing happen in over fourth years. That is one of the major reasons that Jazz is living death in this country.

To keep BeBop Alive and Well and living in Harlem where it all began, all depends on you to keep our culture and hertage Alive. Please support the music. It ie all up to us to keep this treasure Alive!!!

The importance of keeping Jazz Our National Treasure Jazz alive and well and living in this country is more that just a notion. It has been exalted word wide but not in this country where it originated. It is up to us to keep it alive back in our own community where it all started. We must bring our music back to our own neighborhoods again where it all started and teach it to our children to keep our culture and our National Treasure Jazz Alive. It is our duty to ourselves, to our culture and most importantly to our youth to keep our culture Alive and Well!!!

Be Bop is spoken here

You know contrary to popular belief, Be-Bop was born and raised in Harlem at Mary Lou Williams house where she had Jam Sessions at her Cribe as well as she would feed all those of Cats that came by her house. Cats like Dizzy and Bird, Tiny Grimes, Art Blakey were fixtures at her Cribe. She would also teach Thelonious Monk, Bud Powell, and Elmo Hope touch at the piano. I once heard an old recording of Monk where he sounded to me to be influenced by Teddy Wilson.

I was lucky enough to had the opportunity to work with Teddy Wilson. But at any rate when you listen to Monk after hanging-out with Mary Lou you can hear how he found his own voice and individual sound in this music. Mary Lou"s apartment was located on Hamilton Terrace at 141st Street and ironicly Bud Powell lived one half a block away from her at 141st street on St. Nicholas Avenue. Needless to say he was at Mary Lou's Pad every day. To me, they were the three of the most influential pianist of the Be-Bop Era. Thank You Mary Lou Williams Holy Mother of Be-Bop. As Usual I Rest My Case. 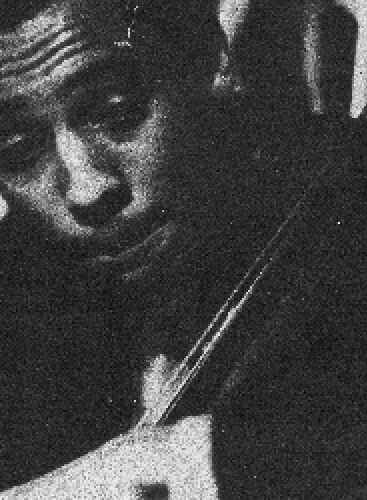 Don't forget to stop by The Be-Bop Workshop going on today November 1, 2014 from 2-5PM for more information contacts us through our e-mail address [email protected],com. We hope to see your face in the place if you would like to be a part of the rare group of Jazz Players who know what to play and where to place it. Come joins us today. Check our web site at www.rainbowjazz.com. Ciao,

is a Bass Violinist, Composer,Arranger, Producer who's professional career includes working and touring with Art Blakey and the Jazz Messengers off and on from 1964 through 1973. Lee worked and toured with Gloria Lynne from 1965 through1972 most of the time as her musical director and subsequently a…

I am working hard to find a venue in Harlem to bring Be-Bop back to Harlem where it was born. Let me know if you find any points of interest. Thanks

Remember we are all players in the Creator's master plan. It is all up to us to keep our National Treasure Jazz Alive and well and living in this country where it came from; which is a sound heard around the world. This is a Legacy for and to the world and is no longer heard on any commecially advertising station throughout this country. What a tragedy.

Happy Hollidays to all. Let's help keep Jazz our National Treasure alive and well and living in this country.

If you have wonderabout what to play and where to play it when you take a solo, my book "The Diminished Whole Tone Concept" answers all of those questions for you. We hope you will buy the book for those musical questions. Happy Soloing!!!!

Lew Tabackin "Jammin' On The Hudson"; the summer concert series for the 'serious' Jazz lover!

Mickey Bass - His Music and His Bands

Mickey Bass - His Music and His Bands

We have to bring Be-Bop back to Harlem where it all started. As we have spoken before Marylou Williams house was the spawning gound for what became known as Be-Bop. Be-Bop was born and raised in Harlem contrary to Popular believe that all Jazz as we know it started in New Orleans. First of all it was all over the country. Okalahoma, Kansas City, Memphis, St Louis, East St. Louis, Chicago, Detriot, Cleveland, Pittsbutgh, Philladelphia, etc So, Jazz and its varying sounds and styles is and Art Form that is truly American.

It is based as we all know or should all know from the Black Experience in this country and well based in the Blues which is the only true Original American Musical Art Form. So, it is up to us America to keep this Art Form Alive and Well and Living in this country once again on Radio, Television and Movies like it was in the past. We have no future without a past. We all must rememberthrough the devoted efforts of Congressman Johm Conyers of Michigan who got ledgestration through Congress HR 57 claming Jazz as our National Treasure.

I am still looking for venues in Harlem to bring Be-Bop back home where it originated. Especially when Minton's Playhouse was the sprawning ground for Be-Bop with Thelonious Monk"s Band being the house band at Minton's. Minton's is about to reopen again. I am expecting a lot to happen there, but with a wait and see feeling. But of course it is going to be hard to live up to the standard of excellence it once stood for. Simply the because a lot of the cats that set the standard of excellence it one stood for are no longer on the planet. The older cats who can keep the tradition alive and well have all for the most part have been pushed to the wayside. Only then we can change that scenerio by giving the cats that know this tradition the opportunity to be heard once again. Try it. I am sure they will like it. As usual, I rest my case. Peace, Love and Blessings

These are a few of the cat's that started it all especially in their day. They set the precedents that the standard that became known as Be-Bop

Be the first to know and let us send you an email when Brownstone Entertainment Complex, LLC posts news and promotions. Your email address will not be used for any other purpose, and you can unsubscribe at any time.