Recently, at a performance of Rossini’s “Guillaume Tell” at the Metropolitan Opera at Lincoln Center, the Police Department’s Emergency Service Unit was summoned. They were there to investigate a powdery substance that was tossed into the orchestra pit by an audience member. It turns out the culprit was there specifically to sprinkle his mentor’s ashes. This grave episode unfolded around 4:30 and prompted the company to cancel the rest of the show and that evening’s performance as well as a safety precaution.

I was there under the auspices of the American Movie Company and Teleprompter Rental. After the performance we were to Webcast interviews with opera aficionados. We set up by the fountain and all was going well… until an overly excited man bumped into our equipment and knocked it down. We resumed work when one of our PA’s brought us a replacement prompter an hour and a half later. Sometimes one has to deal with the unexpected!

Caught in the mid-week slump? Let us transport you to a different world in one of our green screen studios!

Scientists Attached Cameras to Penguins—Here's What They Learned.

The charismatic birds are found on the Antarctic peninsula, and how they communicate has been a mystery. Wonder Woman Star Gal Gadot: Anyone Who Is Not A Feminist Is Sexist

The recent solar eclipse was definitely one for the books! Click the link to see how ASU cameras captured the eclipse and some awesome pictures! #cameras

Gal Gadot, former Israeli combat instructor and star of smash-hit feminist film Wonder Woman, believes anyone who does not call themselves a feminist is by default sexist. Read more on Grazia Daily. Wonder Woman Star Gal Gadot: Anyone Who Is Not A Feminist Is Sexist

Did you know Gal Gadot was pregnant while filming Wonder Woman? #greenscreen

Gal Gadot, former Israeli combat instructor and star of smash-hit feminist film Wonder Woman, believes anyone who does not call themselves a feminist is by default sexist. Read more on Grazia Daily.

Secrets of the Games Of Thrones lake battle are revealed

Are you a huge Game of Thrones fan? If you responded yes, check out this article that shows behind the scenes secrets! #GreenScreens

Ahead of the Game Of Thrones finale next week, HBO have unveiled a behind-the-scenes look at the series, specifically detailing how episode seven's epic lake battle was filmed. 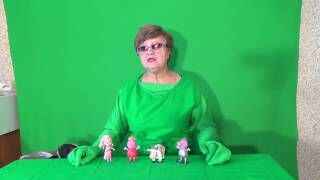 Producer Brian Newman argues that nonprofits that support production should redirect their funds to outreach. What do you think?

A lot of nonprofit money is still being spent on artist development. Brian Newman argues that it would be better applied to curation. 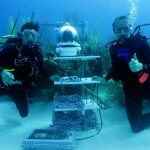 Environmental destruction is the mother of invention in this kit designed for underwater cinematography for the Netflix documentary Chasing Coral.

American Movie Company producer, Elle, went on a trip to Portugal to shoot footage, and learned a few lessons...

The American Movie Company came together and built an affordable music video production package geared toward upcoming and aspiring artists. Click the link for more information!

Because of our great success in creating professional, highly creative, compelling music videos, we have often been asked to work with clients who have a high level of creativity (which we love) but…

With more than 400 television shows to choose from and only a handful of ballot slots per category, the 21,000-plus voting members of the TV Academy had no choice but to leave quite a few strong co…

The Many Ways You Can Use C-Stands

Here are some creative ways to use C-Stands in your next shoot!

The C-stand is one of the most versatile tools you can have on set. Here's how you can use it for lighting, audio, and backdrops.

11 Cinematography Tips That Will Make Your Aerial Compositions Better

Here are 11 Tips to up your drone footage game:

Sometimes all it takes to grow as a cinematographer is changing your perspective.

‘Doctor Who’: Why Jodie Whittaker Is Such an Exciting Choice for the 13th Doctor

BBC recently announced Jodie Whittaker as the first female Doctor in their hit series Dr. Who!

The “Attack the Block” star represents a major change for the iconic British sci-fi series.

George Romero, Horror Icon and ‘Night of the Living Dead’ Director, Dies at 77

George Romero was a phenomenal filmmaker and will be sorely missed.

The beloved auteur had a “brief but aggressive battle with lung cancer.”

Here are the specs for four great cameras from 2017 for Indie Filmmakers:

What cameras are commonly used in the world of independent filmmaking? Which offer the most bang for your buck? We compare 4 of the most popular options.

What GLOW Gets Right About Pro Wrestling

Netflix's new original GLOW has an authentic, true-to-life feel, due in part to their commitment to a realistic portrayal of the WWE.

From drug abuse to racism to sexism.

Sometimes you just have to keep on keepin' on. :)

David Lowery almost quit 'A Ghost Story' mid-production, but his crew convinced him to stick with it. Now, it's the best movie of the summer.

How Too Many Aging Franchises Wrecked the Summer Box Office

The summer box office is sending out an SOS. Once formidable franchises such as “Pirates of the Caribbean” and “Transformers” keep hitting icebergs like poor reviews and tepid word of mouth. As the…

Happy Friday, everyone! In celebration of the upcoming weekend, here is a compilation of cats wearing socks. :)

Cats Wearing Socks Compilation Cats trying to figure out socks... I mean, that evil looking thing you put on feet... might be one of the funniest things to w...

’24×36′: See the History of Movie Poster Art Through Classic and Modern Screenprint Illustrators

Indiewire traces the history of movie poster art in honor of the upcoming documentary "24X36: A Movie About Movie Posters."

From classic horror titles like “Creature From the Black Lagoon” to superhero fare like “Deadpool,” gorgeous poster art can tell a story as rich as the film it promotes.

Here are 11 tips for shooting on a green screen:

Watch: 3 Mistakes All Beginner Editors Make (and How to Fix Them)

Newbies aren't the only ones making these editing faux pas.

10 Steps for Creating a Perfect Webcast - The InterCall Blog

Happy Wednesday, everyone! Here are 10 tips for creating the best Webcast!

In the last few years, webcasting has become a common and popular method of delivering important information to a targeted yet geographically dispersed gro

Leaving your house to shoot?

Travel tips, hacks, and photo essentials I use every time I leave the house with my gear! Check it out! Two Minute Tuesday! Redeem AMAZON CARDS here : http:/...

Lead and supporting, heroes and villains — these are the people behind some of our favorite roles of the year.

RED's Big Announcement: Hydrogen One, a Hologram Machine in Your Pocket

Check out RED's new Hydrogen One!

RED's HYDROGEN ONE is a full holographic smartphone that allows you to view 2D and 3D VR and AR.

Do You Need a Webinar, Webcast or Videoconference?

CBS breaks down the different forms of webcasting:

There are so many options--and confusing terms. How to make the right choice.

The Benefits of event Webcasting

Considering Webcasting your next event? Here are all the reasons you should! And when you do decide to Webcast, AMC's professional team will ensure that every step of the process is seamless. :)

How Webcasting can enhance the audio visual experience of your event and future marketing?

4 Tips For Speaking From A Teleprompter | Mr. Media Training

Looking to rent a teleprompter? Here are 4 tips to help you nail your performance!

Teleprompters are difficult for speakers to use well. But these four tips will help you sound more natural while delivering your speech from a prompter.

360 webcasting now allows you to give your remote audience the vantage point of an audience member! Last month, Gorillaz live streamed their performance in Cologne in 360 video. If you missed it, you can now enjoy a video of the performance!

Watch the absolutely electric full show from Gorillaz Live in Cologne for Telekom Electronic Beats. If you missed the live stream it’s now here for you on de...

Here's a review of the 5 best teleprompter units of 2017!

Our team of experts has selected the best teleprompters out of hundreds of models. Don't buy a teleprompter before reading these reviews.

20 New Movies That Will Define This Year in Indie Cinema, From ‘The Big Sick’ to ‘A Ghost Story’

BAMcinemaFest isn’t just for New York cinephiles, as the annual festival routinely rolls out a slate that includes the year’s best indie offerings. This year is no different.

Be the first to know and let us send you an email when Green Screen Studio NYC posts news and promotions. Your email address will not be used for any other purpose, and you can unsubscribe at any time.

Last week we did a WebCasting gig in Sparta. We were there under the auspices of the American Movie Company. On one of the days, our client shot in one of our Green Screen Studios and availed himself of the Teleprompter and Confidence Monitor. It was a very successful shoot. All part of a documentary to be released early next year. We took a lunch break and marveled at the many birds also having a delicious repast.

Washington Square Park is nearby and I often cross it. Last summer on a beautiful day my niece and I were enjoying just being there when things began to bubble up! Among the onlookers was none other than the talented young man in the brown suit. Recognize him? Hint: Stay Human. Another hint: Stephen Colbert often strikes up the band with him! Have been trying to interview him and Wynton Marsalis about their stint at Jazz at Lincoln Center. The American Movie Company Teleprompter Rental and Green Screen Studios have offered me their equipment and studio space if I can pull it off. Won't give up!