Our book makes a fabulous holiday gift for anyone wanting to take the next step in their producing career. This DIY handbook advices those who want to produce podcasts, short films, sketches, & music videos. It also helps you navigate film festivals, how to get food donations on set, and to produce on a budget!
Kindle and paperback versions available on Amazon 📚 and currently on SALE 🤩

Have you caught up on the new episodes of our podcast, THE COOL KIDS TABLE? AWe have some pretty exciting guests coming to the table soon! Don’t forget to subscribe, rate, & review! We appreciate it ❤️

Big thank you to the always lovely @sarahpribis for having @maggiestiggers on @socialthatpays to discuss all things NikoFrank Productions including Dear Future Producer, our next project What If, and Theatre School Dropouts. We’re so proud of your new gig Sarah. Keep shining 🌟

Sales for our book, Dear Future Producer have been BOOMING this past week & we’re so grateful 💥 Thank you for all the recent love and don’t forget it’s available exclusively on Amazon Prime. It’s all the tips and tricks behind producing we learned the hard way. Hope you can benefit!

A sound clip from our interview with singer songwriter @heystephenday - the episode is LIVE anywhere you listen to podcasts. We were honored to have such a kind & talented guest. Enjoy Stephen’s new single RIDE out now.

On this week's episode of the #CKTpodcast we welcome Nashville based musician and artist Stephen Day to chat with us. Stephen released his first full-length album "Guess I’m Grown Now" in October 2019. Since then, his catalog has seen millions of streams. His new single  "Ride” released on June 18th and is available anywhere you listen to music. Congratulations, you've just discovered your favorite new artist! You're welcome:)

MONDAY MOTIVATION 💫
.
“If you’re going through a bit of a creative rut…don’t give up. Put yourself out there. Connect with people who excite you, volunteer on a film set, attend (virtual) networking events, go for a hike by yourself and bring a notepad, meditate, whatever it takes to keep the creativity flowing. You can’t expect artistic brilliance without feeding your creative soul. Get inspired and stay there”
- a quote from Chapter 1 of our book, Dear Future Producer 📚 available on Amazon Prime ✅

A brand new episode of The Cool Kids Table Podcast 🎙 is live now everywhere you listen to podcasts. We’re celebrating pride month by discussing a classic film that impacted the LGBTQ+ community. This was a fun one 🤩 Enjoy.
.
.
📸 by @beauallulli at @mightyluckynyc

Since it’s Pride month, what better time to feature our co-founder and co-executive producer @spiromg 🌈 Spiro is a creative force! He is currently the co-host of The Cool Kids Table podcast on @radiofreebk, and released his first book- Dear Future Producer in 2020 with co-founder @maggiestiggers 📚 He’s an advocate for women in film- spearheading the Ladies In Action filmmaking initiative to help bring women in front and behind the camera. He also co-wrote, co-starred, and co-produced Theatre School Dropouts, a sketch comedy show on Amazon Prime. He’s an avid lover of animals and member of the LGBTQ+ community 🏳️‍🌈 The power of representation is what drives him to keep creating - and he has many projects in the works! Help us celebrate Spiro 🎉
.
.
📸 at @mightyluckynyc

Next place we need to visit? Belize! The Cool Kids Table podcast is #1 in the performing arts category! We love to see it 🤩 You can listen to the CKT podcast anywhere you listen to podcasts 🎙 #loveyoubelizemeanit The secret to every successful producer is...a good book 📖 Or at least, we like to think so! Dear Future Producer is available on Amazon for under $20‼️ Whatcha waiting for bb? As always, we are so grateful for the support 💜
📸 @mightyluckynyc
.
.
#supportindependent #indiefilm #nikofrankproductions #amazonfinds #amazon #amazondeals #producingbook #producersofinstagram #producers

#BTS 📸 day 1 of shooting for one of our upcoming indie shorts. This year we’re excited to focus on several very different passion projects 💜 After the pandemic, we just wanna create and spread JOY! Hope to see you along the way 🎥

2 years ago today we released our first podcast episode featuring the super talented @blackbarcelona ⚡️ It still remains one of our most downloaded episodes! Shadae has an incredible story of perseverance and innate creativity. So grateful for each and every guest that has joined The Cool Kids Table in the last 2️⃣ years! We love you 😍 and we 💗 what we do! Shout out to @radiofreebk for teaming up with us to help us spread positivity and inspiration 💫

During this pandemic, we’ve been quietly working behind the scenes on a bunch of new projects. We’re going into this year with tremendous hope for change & stay committed to celebrating ALL voices in filmmaking. Sending you all the positive vibes this week. Keep charging ahead 💫

Scouting locations is one of our favorite parts of filmmaking. It’s such an integral piece of story telling. In fact, we devoted an entire chapter about it in our book, Dear Future Producer 📖

💫 How to find affordable/ free spots

💫 How/where to get location insurance

💫 Checklist of everything to consider before signing a location contract.

A quick sound clip from our interview with writer, actor, and filmmaker @corystonebrook 🌟 This episode of The Cool Kids Table podcast is available everywhere you listen to podcasts 🎧 Don’t miss this one ~ especially if you create your own work! Cory has lots of insight on producing, writing, and starring in his films. Get inspired y’all 💫

This week on the #CKTPodcast we're super pumped to welcome our friend Cory Stonebrook to the table. Cory is an actor, voice over artist, writer, and filmmaker living in New York City. He's been seen on "Orange Is The New Black", "The Blacklist", "The Equalizer" starring Queen Latifah, and is slated to appear in the newest season of "Succession" and "Michael Che's Untitled Sketch Comedy Show". He co-wrote, produced, and starred in "City Boyz" on Amazon Prime and his latest film, "When It All Ends" will be hitting the festival circuit soon. His face and voice can be seen in countless commercials, too! He does it all folks! Enjoy this one:)

Check us out tonight at 5 pm on the @stereo app to hear our first ever LIVE Cool Kids Table Podcast episode. Stereo is fun because you can ask questions in real time. Are y’all on Stereo?? Hope to see you there ⚡️♥️😊
.
.
.
#livepodcast #stereo #stereoapp #podcastersofinstagram #podcastlife #radiofreebrooklyn #cktpodcast #podcasthost #nikofrankproductions #postoftheday

Monday Motivation 💫
Read any good books lately? Wanna support a small business passionate about helping other content creators? Our book, Dear Future Producer is available in Kindle and Paperback 📖 on Amazon.
.
.
If you have read our book- might you consider posting a review on Amazon? It’s so very helpful! Sending you all so much love and courage to follow your dreams 🌟
.
.
.
#amazonfinds #amazonbooks #booksoninstagram #booksonamazon #producingbook #contentcreators #nikofrankproductions #selfpublishing

We’re trying a new thing! If you’re on Stereo check us out LIVE where you can chime in with questions. Hosted by @maggiestiggers & @spiromg Can’t wait to see you there. #CKTable #nikofrankproductions #bitmoji #podcasts #stereo #stereoapp #podcastersofinstagram

Dreaming of when we can screen again 💫 We know it’s been such a difficult time for everyone, but we’re SO optimistic about what’s next! Many projects in the works. Stay tuned :)

An audio clip from our recent episode of The Cool Kids Table with John Clarence Stewart, one of the stars of Zoey’s Extraordinary Playlist. Trust and believe, you don’t wanna miss this one! #zoeysextraordinaryplaylist #marvel #podcastersofinstagram #actorpodcast #radiofreebrooklyn

We are thrilled to drop a BRAND NEW episode of The #CKTpodcast featuring the 🌟 of Zoey’s Extraordinary Playlist, John Clarence Stewart ‼️You may have also seen John in What/If, the Netflix series & Marvel’s Luke Cage. Enjoy this incredibly inspirational episode with one of the kindest actors in LA. Available on Radio Free Brooklyn & everywhere you listen to podcasts!
#nikofrankproductions #radiofreebrooklyn #zoeysextraordinaryplaylist #kindnesspodcast #actorinspiration

Happy Valentine’s Day ❤️ Show yourself some LOVE today. We love you! #valentines

Happy Wednesday! Hope you enter the day with as much confidence as Spiro in this clip from BFF 😂

Help us congratulate our intern Naadirah Moore for officially being COVID-19 Compliance Certified ✅ She is ready to ensure safe sets for all! You go girl, proud of you 🎉
@mooremediatainment #covidcompliance #safesets #filmmaking #womeninfilm

New Year, new YOU. If you’re looking for some producing inspiration to kick off January~don’t forget to check out our book, DEAR FUTURE PRODUCER! We’ve been so blown away by the feedback you’ve all expressed and can’t thank you enough for supporting us 💜 It’s available in Kindle & Paperback on Amazon 📚
#producers #amazonbooks #nikofrankproductions #dearfutureproducer

🚨 NEW PODCAST EPISODE 🚨
We’re psyched to welcome content creators and comedians Brandon Contreras & Matty Curiano from @the_homo_sapien_experience to The Cool Kids Table....and TRUST you 👏🏻 do not 👏🏻 wanna 👏🏻 miss this one ❗️Their goal is to celebrate and uphold stories of the q***r experience and to create a beautiful community that represents intersecionality; across race, gender expression, sexual orientation, identity, & ability.

We chat with them about their journey from college friends to actors performing around the country, to viral content creators. Enjoy friends 💜

Be the first to know and let us send you an email when NikoFrank Productions posts news and promotions. Your email address will not be used for any other purpose, and you can unsubscribe at any time.

Send a message to NikoFrank Productions: 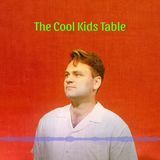 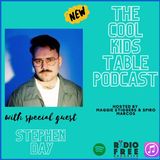 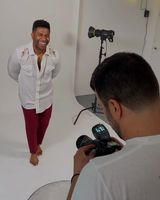 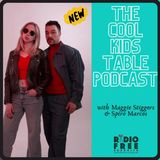 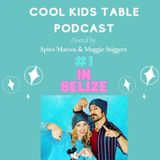 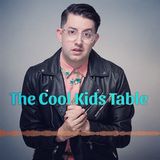 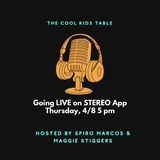 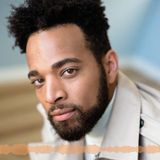 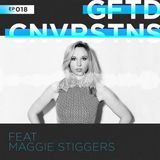 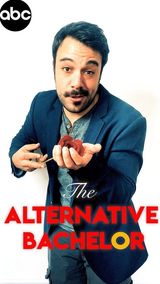 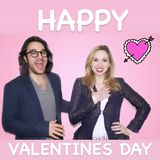 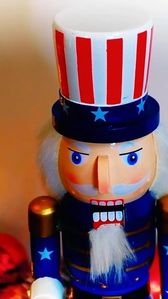 We are so excited to produce LADIES IN ACTION this summer. An initiative that puts women at the forefront of filmmaking. Along side executive producers, Amy Schwegel & Mighty Lucky Studio, we will produce 4 short films all written by, directed by, and starring WOMEN. Please join us by donating to the fundraiser below. All donations are tax deductible.

Victoria Clark's film directorial debut -#trailer - NikoFrank Productions called @My First Start- coming soon
so happy to share more exciting news about me!!!! with you my supportive and loyal Facebook family #thankful #work #happiness #showbiz #girlpower #ladiesinaction NikoFrank Productions https://www.broadwayworld.com/bwwtv/article/NikoFrank-Productions-Presents-LADIES-IN-ACTION-With-Star-Director-Victoria-Clark-20190213
Amanda Lynn Krieg...Here’s my brother’s production company page 😁
Spotlight’s on @MaggiePoliti 🔆 NikoFrank Productions on set at #MightyLuckyNYC
Victoria Clark - talk about being relevant -- always working!!! Now directing her first short film for NikoFrank Productions- Special shout-out to Judy’s long-time friend Glenn Alterman and Brooke Davis who both co-star in the film.
OFFICIAL SELECTION: NEVER HAVE I EVER - directed by Cory Stonebrook and written by Maggie Politi When a group of cliche teens sneak to the basement to play party games, one of the girls shows her true colors & things go terribly wrong. 2018 Spring Series - Thursday, May 24th GET TIX ----->> https://bit.ly/2s2qWCA #KATRA2018 #katrafilmseries NikoFrank Productions
Hard at work with NikoFrank Productions. 💡 #MightyLuckyNYC
The ever so fierce Nyseli Vega striking a pose in our #MightyLuckyNYC studio for Ladies in Action with NikoFrank Productions 🎬
Ladies In Action 💫 We’re honored to have worked alongside NikoFrank Productions to produce 5 short films, each written, directed, and starring inspiring women in the film industry. #MightyLuckyNYC - Donate to their fundraiser: mtylucky.nyc/2v2I9kQ
What are we kraving this week? Basically everything on Kimias Kravings’ #Instagram feed. The NYC-based kontent kreator joins us on this week's episode of #SocialLIVE to talk about what fuels her hunger for success. PLUS — We found a worse #nationalanthem than Fergie's, GIPHY is cheating on Instagram with #Snapchat, and Facebook now supports 3D posts! Guest co-hosts Maggie Politi and Jules Mahon breakdown the trending updates in the #socialmedia world. Check the comments for your chance to win some of Kimia's favorite things & follow the link below to support NikoFrank Productions' initiative, #LadiesInAction: bit.ly/SLIVELIA
Our friends at NikoFrank Productions are officially accepting applications for #LadiesInAction. Motivated to make a change to support the rise of female voices in the film & comedy industry, they aim to produce 5 short films all written, directed, and starring women. For more on their initiative and how to submit, check them out here: bit.ly/NFPSfly
Awesome! Love y'all