Look at the absolutely adorable tiny bookshelf! THANK YOU to my dear friends and fellow Litwits Robert Gwaltney, Tonya Mitchell, and Jacqueline Vick for this perfect publication gift. You three are THE BEST.

The shelf is created by Books by Britton - should you have an author friend who might need one for their desk - you can find the shop on Etsy!

Join me on the 8th October at Waterstones Liverpool One
where I'll be doing a book reading and signing of Literary Critters! 🖋️🐻📚 It's a free event that's suitable for all ages, and I'd love to see you there 👀💚

Check out this cool giveaway for eight historical mysteries! Here's the deets:

One winner
Enter before 28 September 2022, 11am BST.
Open to US and UK residents
Enter here: https://thenichereader.com/giveaways/

I became familiar with this author when I stumbled across When Alice Fell, one of the best historical mysteries I’ve read to date. Her ability to bring her characters to life is phenomenal, and that talent didn’t disappoint in her newest book.

At its most basic level, this was simply a great read. The period details are excellent, the tension is maintained throughout, and the author had a way of manipulating my feelings so skillfully I didn’t even realize it was happening. Clem begins as fairly sympathetic, just a woman finding her niche in a difficult world while Maud is, well, a bit maudlin and unable to make her own way without assistance. But at some point in the novel my opinion of these women flipped and it was so well done, I wasn’t able to put my finger on where, exactly, it happened. All I knew was that somehow, Maud had gotten under my skin and Clem was much more damaged than I’d originally thought.

The point of view shifts between Clem and Maud and the reader is deeply embedded in each character. Lots of showing, not a lot of telling. Exactly what I look for in a character-driven story. And the ending will leave you on tenterhooks imagining what comes next. I’m not sure if there’s enough left unresolved for a sequel or if that’s the author’s intention. Things are left a bit up in the air but the book wrapped up satisfactorily for me, yet still left a “what if?” hanging.

If you’re interested in the Spiritualist movement or just like great historical fiction, pick this one up.

Thank you to @netgalley and Lake Union Publishing for providing the ARC. I’ve left my review honestly and voluntarily.

For full review, see link in my bio.

It is an honor to share this dedication page with Rick Bleiweiss Author in James Wade, Writer’s forthcoming novel BEASTS OF THE EARTH (Blackstone Publishing). Thank you very much for this and for your continued faith in us.

Like most authors, my road to publication was a long and difficult one. It took many years of rejection to finally see my books out there. On my agent Mark Gottlieb's website, I talk about the importance of not giving up. Thank you for featuring my article, Mark!

New deal congrats! New York Times bestselling and three-time Edgar Award-winning author T. Jefferson Parker's DESPERATION REEF, in which a big-wave surf star and her two sons confront murderous pirates off the coast while they train to compete in the same dangerous surfing contest that took her husband's life; and an UNTITLED NOVEL, sold to Kristin Sevick at Forge Books, in a good deal, by Mark Gottlieb and Robert Gottlieb at Trident Media Group (NA).

An amazing evening at the Academy Museum of Morion Pictures in honor of Sacheen Littlefeather. 

James Wade is an award-winning author of three novels, the latest being "Beasts of the Earth." His first novel, "All Things Left Wild," was the 2021 Spur Award Winner for Best Historical Fiction. James will be in conversation with Sarah Bird at the Boerne Book Festival on Saturday, October 1st, at 12:45 pm, at Main Plaza. The author resides near Canyon Lake, with his family.

It's publication day! The Countess of the Revolution is out in ebook today. If you prefer a book you can hold in your hands, paperback edition is coming to bookstores near you in a few months. I loved researching and writing this book and it has taught me so much about my writing process, the time period and my family history. This story means everything to me and I'm so excited to finally be able to share it with all of you. I hope you enjoy it.

Huge thanks to Mark Gottlieb and HarperCollins for making my dream come true.

This Saturday (9/17), join @trident_media literary agent @markgottliebliteraryagent for his Zoom seminar: Rising Above the Competition with Comp Titles. Learn more and join us here: https://writingworkshops.com/products/literary-agent-series-rising-above-the-competition-with-comp-titles

Don’t I wish I was hanging out in the cozy mountain town of Ouray, Colorado? Yes, I do. In reality, I’m sitting in my office under fluorescent lights, but at least my book gets to chill in the Rockies. Spotted at Ouray Bookshop today. 🖤

Okay last time we talked about Big Foot, because, you know, it relates to historical thrillers, right?😜 I think we might talk wee ghosties this evening. Or not. Never know what will come up with the two funniest hosts in podcast land! Join us!
•
Going live TODAY on Vox Vomitus Podcast with historical fiction author Kim Taylor Blakemore to talk about THE DECEPTION, a female -centric tale of mesmerists, guilt, grief, and so much more.

Lana Kortchik grew up in two opposite corners of the Soviet Union—a snow-white Siberian town and the golden-domed Ukrainian capital. At the age of sixteen, she moved to Australia with her mother. Lana and her family live on the Central Coast of NSW, where it never snows and is always summer-warm, ...

I can't believe it's only two more weeks until the release of The Deception! I am so excited to share this book with you.

I've also been thrilled to talk writing and spiritualism and mediums and frauds on different podcasts - and will post updates as to when they air as I know the dates!

Two women find strength and courage in the heart of New Orleans in the stunning southern historical, THE SEAMSTRESS OF NEW ORLEANS by Diane McPhail! http://ow.ly/BNOQ50JocHy

An Affair of Spies, my newest novel, available now wherever books are sold.

AN AFFAIR OF SPIES by Ronald Balson, available everywhere tomorrow, follows the story of a young spy and a physicist who embark on a mission during WWII to stop the Nazis but might just find love along the way. 🌙 💙

Are you a historical fiction fan? Comment with your favorite era to read about below.

Follow William Shakesbear as he sets off on a journey to visit his friends and find inspiration for his new play! ✍🏽

Literary Critters is an inviting adventure that introduces young readers to some of the greatest authors of our time.

Filled with humor and life lessons, this book is perfect for classrooms, birthday gifts, and the literary lovers in your life!

I just received some VERY exciting proofs in the post! 😀💚📚 #comingsoon #sneakypeek

Weaving a chilling parable about the impossible demands of hate, love, trauma, and goodness, TODAY marks the 1-month countdown until the OCTOBER 11 launch of a soul-deep #ruralfiction tale: BEASTS OF THE EARTH by James Wade, Writer!🙌

“Wade’s pitch-perfect, personality-driven dialogue sings in the voice of life, and his ability to meld existential thought, situational metaphor, and cinematic setting is a full-bodied experience.”— New York Journal of Books

There’s one month left until publication day, which means there’s only one month left to preorder. A preorder is the single most important thing for an author. It creates buzz, informs the publisher as to how much energy and effort they should put into the book, and mostly crucially, it helps the author have a chance at publishing another book in the future. So please, if you intend to read this literary tale of hard fought humanity and ever-shifting morality, then please preorder at the link below or wherever you buy your books! I’d sure like to keep writing for y’all ✍🏻📚🧡

Whether you’re looking for an excuse to go on a book shopping binge or you still need to preorder your copy of my upcoming book, THE BOOK SPY, ahead of its release in late January, don’t miss the great deal Barnes & Noble is running from Sept 7-9. They’re offering 25% off all preorders when you use the promo code PREORDER25!

Thank you so much Suzanne Parry] 😍

Coming up on one month of Manmade Constellations being out in the world! It’s been a ride, and I’ve loved seeing all your photos, meeting folks at events and seeing the book out in the wild world. There’s an upcoming online event this Friday—link in profile to register for free. 🖤✨

Belated thanks to QBD Books for naming CITY OF DRAGONS book of the month.

Let's celebrate the upcoming launch of The Deception with a fabulous sale of After Alice Fell. It's a perfect read for the beginning of thriller season!

Be the first to know and let us send you an email when Mark Gottlieb, Literary Agent at Trident Media Group posts news and promotions. Your email address will not be used for any other purpose, and you can unsubscribe at any time. 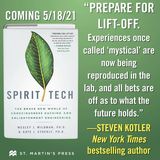 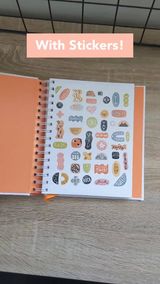 Book Trailer: My Therapist Told Me to Journal: A Creative Mental Health Workbook 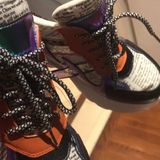 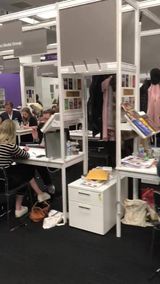 Mark Gottlieb is a literary agent at Trident Media Group in New York City. He ranks highly among literary agents in overall deals and other categories. With that insight and initiative, he is actively building his client list of new authors. He manages and grows author careers at publishing's leading agency. One of his core values is helping writers realize their book publishing dreams. This is all while ensuring their enjoyment of the book publishing experience. Since his time at Trident Media Group, he has represented New York Times bestselling, as well as award-winning authors. He has also optioned and sold books to film and TV companies. He meets with major studios, producers, agencies and managers to pitch books to them. He previously ran Trident Media Group's Audiobook Department. In that role he helped the Audiobook Department more than double its sales revenue in number of audiobook deals and amount of money for audiobook deals. Prior to that he served as Executive Assistant to the literary agency's Chairman. Before that he worked in Foreign Rights. There he worked closely with the Director of the department, in seeing books sold to foreign publishers from around the world. He continues to work in the area of foreign rights. He continually attends the major international book fairs. This is in addition to meeting with foreign book publishers throughout the year.Prior to his time at the agency, he worked in Production at Penguin Books, handling production for various book imprints. He attended Emerson College where he obtained a degree in Writing, Literature and Publishing. He was a founding member of the Undergraduate Students for Publishing and later served as the organization’s President. He is actively seeking submissions in all categories. He is looking forward to bringing new authors to the curious minds of their future readers.

Other Media Agencies in New York