Production company of Stefanie Sparks based in Brooklyn, NY.

RAT RACE, the short film we shot at the end of 2018, will screen in person as part of Montclair Film Fest next month on Oct 29th at 8pm!
https://montclairfilm.org/events/rat-race/

Thank you to the Women X film festival for honoring the short film Rat Race!!

Just want to say how proud I am of Maya Danzig and Sol Sno for their performances in BLUEBERRY (which won them a Special Jury Award for Breakthrough Performances at Sarasota Film Festival) and cannot wait to share the film with an audience again soon. Great work to all!!! :)

Thrilled to share that BLUEBERRY, feature #3, will be screening at Sarasota Film Festival later this month as part of their Indie Visions Competition. In-person and virtual screenings.
https://sarasotafilmfestival.com/film/?id=605abed5a71676004cdd5596

A year ago last summer we wrapped principal photography on BLUEBERRY. Thanks to K.C. Wilson for making it happen and to Maya and Aminah for everything!!!! There is LITERALLY no better feeling than doing what we did with what we had in the way we did it. xoxo

Thank you to @nyfacurrent and Made in NY for selecting our new feature BLUEBERRY for the #womensfilmfund! xoxo

A young woman and her sister struggle to hold on to each other as they come of age in rural Iowa.

Fireball has a Patreon page!! Check it out!! For ‘GLOW’ Star Betty Gilpin, It Pays to Stay Weird

The Emmy nominee plays multiple women—on-camera and in life.

Table read for RAT RACE feature film project last weekend at Alchemical Studios was amazing. Thank you again to all the actors that came out. :)

So thrilled to share the music video I produced which drops today. Thank you to all who allowed me to be involved.
https://www.youtube.com/watch?time_continue=5&v=Npq_ieGCzes

this is the “Voicemail For Jill“ official music video. song and video concept by amanda palmer. directed by amber sealey. featuring kate adams in the role of... 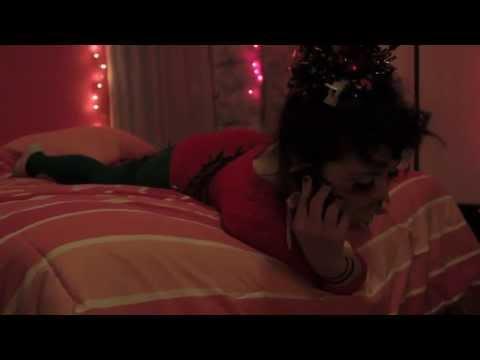 https://www.youtube.com/watch?v=hyaa4quolPY
from the vault (2011) lol

We are in need of interns and extras for a shoot the long weekend of Oct 6th, 7th & 8th! Please email [email protected] to be a part of the magic! xxoo 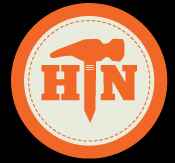 IN CASE OF EMERGENCY – Hammer to Nail

Thank you to Hammer to Nail for this amazing review of ICOE!! xxoo
http://www.hammertonail.com/reviews/in-case-of-emergency/

In Case of Emergency on iTunes

ICOE is available for pre-sale on iTunes! I'll be donating a percentage of my profits to Puerto Rico! Please come out and see us on Weds but if you can't make it, check out the film on iTunes! xxoo
https://itunes.apple.com/us/movie/in-case-of-emergency/id1404109486

Be the first to know and let us send you an email when Fireball Films NYC posts news and promotions. Your email address will not be used for any other purpose, and you can unsubscribe at any time.

Films for the future

New feature BLUEBERRY (2021) winner of the NYC Women’s Fund grant up next! In Case of Emergency, winner of the audience award at Bushwick Film Festival, Broad Humor and New Filmmakers NY, is now available on iTunes and Amazon prime. https://www.amazon.com/Case-Emergency-Stefanie-Sparks/dp/B07F2T5TMJ/ref=sr_1_1?s=instant-video&ie=UTF8&qid=1540845343&sr=1-1&keywords=in+case+of+emergency

I live in NYC and have since 2004 when I hopped on a plane with nothing more than a couple hundred dollars in my pocket. I didn’t know a single person in NYC and I was terrified but I had to get out of LA after getting fired from my day job on a reality TV show where I was told I simply “didn’t fit in”. Okay, I’m out. No more “entertainment industry” for me, I guess. But what is better than LA? How do I spin this so I don’t have to admit defeat because I ain’t going back to that farm in Iowa. That’s not an option. New York City! That’s better than LA, isn’t it? I had just been accepted to the New School and if I took out enough loans and emailed that guy I hooked up with at SIFF a few years ago, I think his mom might be able to get me a temp job at a hospital out there. I think maybe, just maybe, I can pull this off.

It took me all of 48 hours to decide I was coming to NYC and to arrive here. This was the last stop for me. If this didn’t work out, I was out of ideas. I had no more tricks up my sleeve. I was ready for anything. What I got was pure magic. From the bodega coffee in Inwood (what the hell do they put in there!) to the guy on the street who tried to lick my face on E 72nd street in broad daylight, this fu***ng city had attitude and I could not get enough. I was grateful enough just to survive those first few years, which felt like a right of passage, and I was told, something very few actually managed to do. If you could make it two years in NYC, you were doing more than most and chances were, you might actually make it here, kid. Whatever that meant. Who knows. It was the 00’s.

When I started making my own films in 2010, while I was in grad school at the New School, I began studying, a bit obsessively the indie filmmakers in NYC of the time. I was struck by how little I felt they represented the reality of MY city in their stories. I did not know any world in NYC where you could surround yourself with people that only looked like you or shared your world view. The New York City I knew, and still know, is one where I was often the only person in the room that looked like me from the streets of Harlem where I lived for six years to the office on the Upper East Side, I was smack dab in the middle of the most diverse city in the world. I set out to reflect that in my work. It has been a journey I am most proud of and I hope is just beginning.