Gamut serves publishers and agencies, programmatically and direct — by aligning planning, inventory, and ex*****on into a single Smart Service℠ offering.

Gamut serves publishers and agencies, programmatically and direct — by aligning planning, research, inventory, and ex*****on into a single Smart Service™ offering. At Gamut, we identify areas of our client’s business ripe for automation, and insert the best programmatic solution to complement and inform their entire strategy. And when a direct plan is most effective, our account planning and opera

Gamut serves publishers and agencies, programmatically and direct — by aligning planning, research, inventory, and ex*****on into a single Smart Service™ offering. At Gamut, we identify areas of our client’s business ripe for automation, and insert the best programmatic solution to complement and inform their entire strategy. And when a direct plan is most effective, our account planning and opera

"Team work makes the dream work!” Gamut is going into 2022 with a talented group of professionals that have in-depth knowledge of the video and OTT landscape, proprietary award-winning technology and best-in-class client service. Together, we’re making a difference. #DreamTeam

Now is the time to move beyond impressions, to impact—at massive scale. To learn more about Gamut’s capabilities, click the link in bio.

The increasing popularity of OTT streaming content provides local and regional advertisers with a powerful opportunity to reach a growing streaming audience at scale, and to target their consumers like never before in every DMA. This panel will provide an insider’s look at how the leading players in the OTT space are meeting the growing marketplace demand. 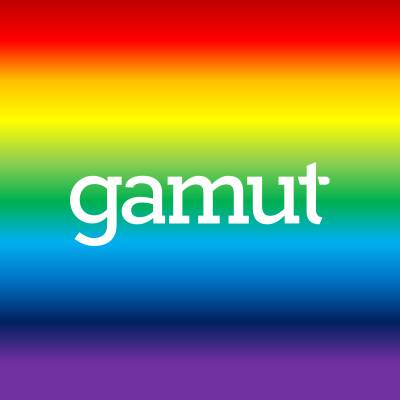 Gamut is excited to announce that we are amplifying our successful, existing relationship with Nielsen by signing a new multi-year agreement for the use of Nielsen Marketing Cloud’s Data Management Platform. Gamut is committed to providing its advertising clients with the best possible data solutions to reach valuable local OTT audiences in every DMA. Read more: https://gamut.media/watch-and-read/press/gamut-nielsen-marketing-cloud-local-ott-data-targeting #Gamut #GamutTOTAL #OTT #LocalOTT

Happy New Year from all of us at Gamut!

Happy Holidays from all of us at Gamut!

Did you know half of Online Shoppers stream OTT in a given week, growing +44% annually. #Gamut #GamutTOTAL #OTT #LocalOTT Courtesy, @MRI_Simmons

Cyber Monday is expected to be the biggest online shopping day in history this year, forecasted to reach $10B in e-commerce sales. #CyberMonday #OTT #LocalOTT Courtesy, @eMarketer

Today is #WorldTelevisionDay! Television has come a long way since 1927. What will you be streaming on World TV Day? #Gamut #GamutTOTAL #OTT #LocalOTT Did you know 42% of Holiday Shoppers begin shopping for the season in November? Holiday retail sales are expected to increase by at least 3.8% annually. #HolidayShopping #Gamut #GamutTOTAL #OTT #LocalOTT

The NYC Marathon is the largest marathon in the world and runs through all five boroughs. When compared to the average adult, runners are 41% more likely to stream OTT video. Catch these runners while you can with Gamut. Smart Media from Cox. #Gamut #GamutTOTAL #OTT #LocalOTT #NYCMarathon Courtesy, @MRI_Simmons

Happy Halloween! Over 15.6M Candy Consumers stream from an ad-friendly OTT service in a given week. Will you be streaming your favorite scary movie this Halloween? #Halloween2019 #Gamut #GamutTOTAL #OTT #LocalOTT 🎃👻👻

The top consumer spending product categories for Halloween include costumes, candy and decorations. Scare your competition away with Gamut TOTAL, the leader in local OTT! #Halloween2019 #Gamut #GamutTOTAL #OTT 🎃👻👻

It’s National Tennessee Day! 56% of Households in the Memphis DMA use a streaming device, up from 35% in 2017. Reach your target audience in Tennessee with Gamut TOTAL, the leader in local OTT! #NationalTennesseeDay #Gamut #GamutTOTAL #OTT #LocalOTT

Did you know 71% of Sporting Goods Consumers have a connected TV or streaming media device in their household? Make sure you reach this important Holiday Shopping consumer segment. #Gamut #GamutTOTAL

Local OTT Ad Revenue is expected to generate $857M in 2019 and is forecasted to more than double by 2024. #Gamut #GamutTOTAL #localOTT #WhatshOTT

Rachel Williamson, President of Gamut, joined a panel of industry leaders at the Media Advertising Club of Chicago Seminar: Navigating the Evolution of Advanced Advertising to discuss their viewpoints on the topic of OTT. #Gamut #GamutTOTAL #OTT #localOTT

Full-episode content remains the most widely-consumed segment, accounting for 55% of total video ad views. Gamut TOTAL has direct access to premium OTT inventory from the top publishers in the industry. #Gamut #GamutTOTAL #WhatshOTT

Be the first to know and let us send you an email when Gamut. Smart Media from Cox. posts news and promotions. Your email address will not be used for any other purpose, and you can unsubscribe at any time.

Send a message to Gamut. Smart Media from Cox.:

Smart inventory. Smart data. Smart service. That’s the TOTAL difference. When it comes to OTT advertising, lots of agencies offer lots of pieces of the puzzle. But only Gamut TOTAL℠ delivers everything the evolving video landscape demands: audience, views, reach, transparency—and total expertise. As part of the Cox Media Group, Gamut Total leverages the relationships and reach only 50+ years in TV and video can provide, and combines them a decade of innovation in digital intelligence.

Take a look back at our 2015 retrospective, where we highlight some key professional and personal lessons we've learned throughout the year. Happy New Year from #TeamGamut

Gamut looked at mobile's impact on in-store and online shopping for the upcoming holiday season. See what we found out. #GamutKnows

Gamut's commitment to kindness continues. Become part of the movement with us this World Kindness Day. #worldkindnessday #TeamGamut

Gamut Back to School insights

Gamut used its data partners Experian and Rhiza to find where parents rely most on advertising to help with their purchases around "Back to School" time. See what we found at www.gamut.media/back-to-school-insights