We produce, record, mix and master music The Studio facility in Brooklyn – New York City is a partnership of ‘Hey Boy Music’ and ‘Innsbruck Records’ where concepts, intuition, digital and analog technology come together to create inspiring, captivating, timeless and award winning music for album, film, TV and multi-media formats.

Singer/songwriter, Danielia Cotton, rapper Micky Factz, Aaron Comess and Ben Stivers tracked up this sweet tune at our spot in Brooklyn, NYC last week with "Georgia On My Mind."
Props to Offbeat magazine and Stacey Abrams. Dope Vid at the bottom of the article.

Several musicians have teamed up with Stacey Abrams volunteers to reimagine Ray Charles' "Georgia On My Mind" to encourage GA voting.

Spin Doctors - "What Time Is It?" (Quarantine Session)

We've had a great time (no pun intended) putting together these sessions for y'all. We're going to take a little break for the holidays, but thought it was fitting to end with this question... What Time Is It?

Just cut another inspiring duo track with . Thank you for sending this beauty my Brother ! 8 minutes of bliss to play along with . Roman Klun making my drums sound amazing as always .

Remote improvised song with for an ongoing duo project we have been working on at his Woodstock studio called “bucket o meat “ Decided to try it remotely under the current circumstances . Stay tuned for more on this project . 😷 Roman Klun

Recorded drums on Another killer song from Kevin Salem ! I’m back at the studio most days so send your Songs over if you need drums.

A lovely tribute from bassist/composer "Tony Levin" - again, lifting our spirits. Kudos to the double espresso!

My tribute to the wonderful drummers I've worked with. There are many I hadn't taken photos of, and others I couldn't fit into the song, but I have great res...

Vocals in the control room, drums in the vocal booth, guitars in the drum room, bass in the hall. 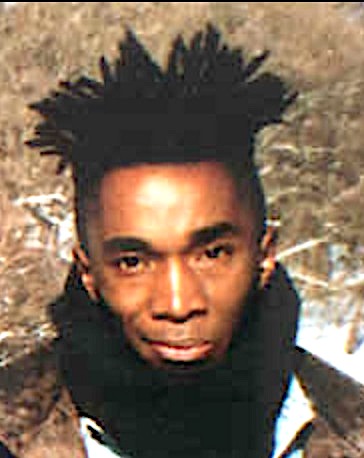 Great to be back workin' with Afro-pop artist Alain Nkossi Konda, visiting us from Germany.

Blessings....and then we have blessings. r.i.p. Ronny Drayton

A dope couple of days in the studio with Spin Doctors followed by an awesome live show with Maria at Brooklyn Bowl, NYC. Spin Doctors killin' it for a packed room and Rob owning it at the FOH desk.

More cool drums to record with at the studio

Help out the amazing Maddock James make his new record . its going to be a great one .https://www.gofundme.com/f/james-maddock-new-album?utm_medium=social&utm_source=facebook&utm_campaign=p_na+share-sheet&rcid=c174544426554a4e817a78b241b7c41a&fbclid=IwAR0fN-T1FMFmFLZXjBMhAhIsoqXpZcLA13jvjDdwa7_7GwQeZ2m8gV02UBI

Mixing sessions continue on David’s project with an inspired morning background vocal session with Kevin Bents, beautifully balanced into the mix through a Leslie 122.

“Fingers-on-the-Faders” in combo with the box - mixing a project for David. Props to Ronny Drayton!

Not slowing down - headin’ into the Holidays with Andrew Carillo & Ann Burger laying up another two songs for production.

Be the first to know and let us send you an email when His House-Innsbruck studio posts news and promotions. Your email address will not be used for any other purpose, and you can unsubscribe at any time.

Send a message to His House-Innsbruck studio:

Throwing Together Some Listening Mixes... 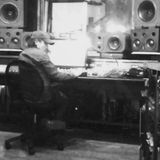 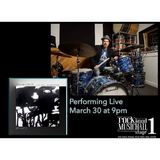 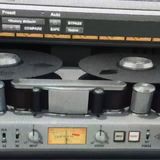 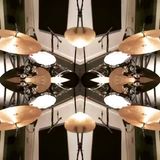 Yes, it's Ben Stivers on fire on the Cat Russell Hammond at our spot in East Williamsburg, Brooklyn.
Matt "MatchBox" Beck, Aaron "Doctor" Comess & Andy "Soul" Hess in the room.
We’re getting reports of Roger That already back in the studio. Turns out they coulda tunneled through the wall to His House-Innsbruck studio next door to their rehearsal space in Brooklyn. Dig 🤘🏼

Drummer in a drummer world (His House-Innsbruck studio co-owned by Spin Doctors drummer Aaron Comess)
Mixing with James for the James Maddock record is always a pleasure.

Bass & Drums by Aaron Comess overdubbing with Rob Berman on keys & Edie Brickell on vocals with a little mix & a thumbs up to follow.

James Maddock tracking New York Skyline.
I approve this cover!
With aaron comess and Roman Klun at His House-Innsbruck studio.
Look forward to hearing the final version! It's really rewarding when someone covers your song, especially this one which is so special to me.
Had a great time singing on a track for my new CD at His House-Innsbruck studio yesterday along with Aaron Comess, Mark White, and Eric Schenkman of the Spin Doctors! Paul Bevan producing and James Frazee engineering! Can't wait to share with you!
Congratulations to Ann Paul - new release "Stay" available now!
The latest record, "Aaron Comess - Sculptures," now available as a pre-order includes two Instant Grat downloads.